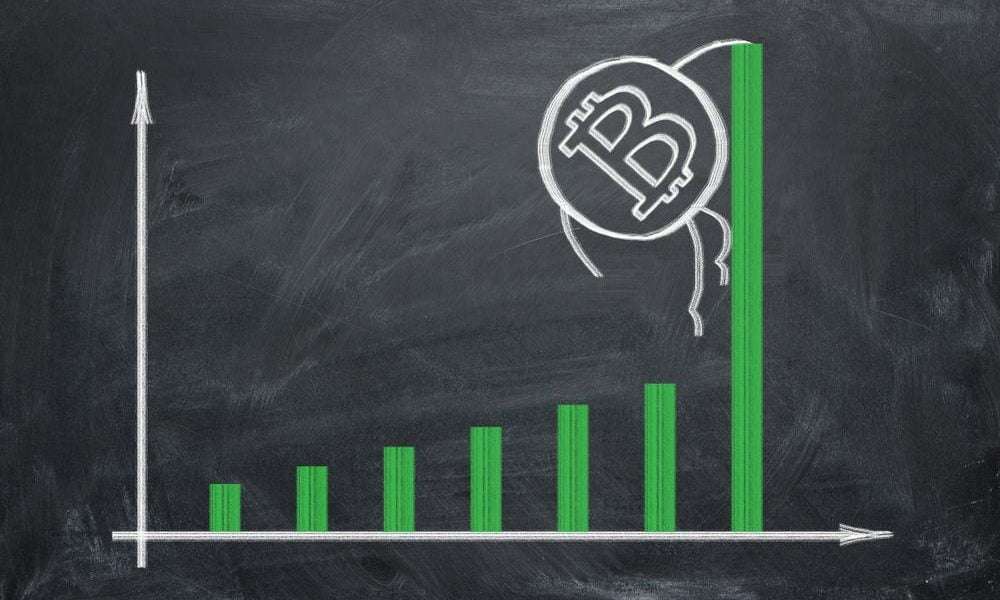 The end of December is traditionally the time for a retrospective of the year. A few days ago, Bloomberg heralded this time and published a study in which it titled the Binance Coin (BNB) as the best performing cryptocurrency in 2019. According to Bloomberg’s data, BNB’s performance exceeded even Bitcoin’s strong price gains this year.

Looking at Bloomberg’s data, however, it is noticeable that the number of cryptocurrencies examined was very limited. The Crypto News Flash team therefore analyzed the top 40 cryptocurrencies by market capitalization and calculated their performance from the beginning of the year until now (cut-off date: December 13, 2019). The results are surprising. Within the top 40 there are four altcoins that have recorded even greater price gains in 2019 than BNB. Bitcoin (BTC) ranks 6th behind BNB.

Chainlink and Centrality are the best performers in 2019

The cryptocurrency with the largest price gain in 2019 (to the cut-off date) is a coin that will probably fly under the radar for many investors. With its performance, however, it also shows that the “gold digger times” on the cryptocurrency market are far from over. Chainlink (LINK) has risen by a staggering 586 percent since the beginning of the year! However, also Centrality (+461%), Tezos (+261%), Huobi Token (+149%) and the Binance Coin (+145%) have recorded three-digit price gains in 2019 to date. 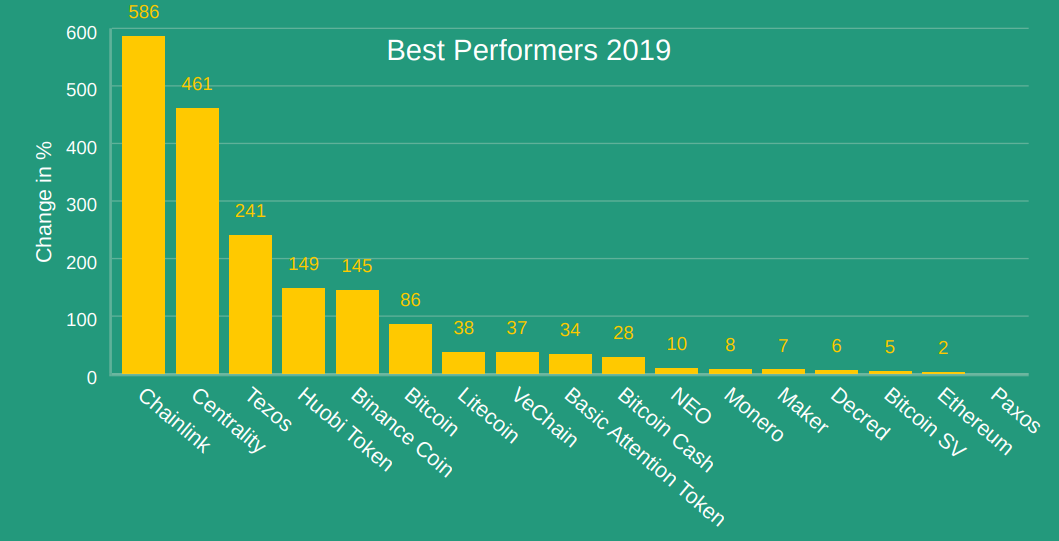 The reasons for the massive price increases of LINK, CENNZ, XTZ and BNB are diverse. Chainlink , the biggest winner in the market, not only impressed with its strong technology in 2019, but also concluded numerous well-known partnerships.

The Top 3: Reasons for the increase in LINK, CENNZ and XTZ

In June 2019 it became known that Google was working on a project using Chainlink. In detail, the tech giant wrote that it was developing applications that would store cloud-generated data on a blockchain. To integrate the external data into the blockchain, the Google project used Chainlink. Also, Chainlink has SWIFT, Oracle, Gartner and IC3 as partners.

Intel, HyperLedger and the EntETHAlliance joined in October to drive blockchain adoption in the enterprise sector. The goal of the cooperation is to convert legacy systems to next-generation smart contract applications in blockchain networks. Most recently, Chainlink announced a partnership with Binance to promote the development of Decentralized Finance (DeFi).

Centrality (CENNZ) experienced a huge beginning of October when the price pumped from around 0.02 USD to around 0.19 USD at times (on 17 November). There is no real explanation for the rise, apart from the introduction of staking and a referral programm. What is striking is that almost the entire trading volume of Centrality comes from HitBitc. The exchange has long been suspected of carrying out wash trading. Some analysts suspect that Centrality could have benefited from this.

On the other hand, the third-largest winner in 2019, Tezos (XTZ), was able to attract attention with numerous positive news. Among other things, it became known that the French police, especially the Department of Cybercrime (C3N), has been using the Tezos blockchain since September 2019 to record the court costs incurred in the investigations. The use of Tezos by the French government is one of the first cases in which a European government uses a public blockchain.

Also in France, the central bank has expressed its interest in using the Tezos protocol due to the planned implementation of zk-SNARKs at its commercial and central sites. In recent weeks in particular, Tezos has seen a sharp rise in its price following the introduction of Tezos staking by several major exchanges such as Coinbase, Kraken and Binance. As a consequence of Tezos staking, the exchanges have to hold large quantities of Tezos, which may have contributed significantly to the recent pump.

Among the biggest losers of the year (so far) are some well-known crypto projects which, despite new partnerships and an expansion of their network, had to record partially very significant losses in 2019. Stellar Lumens (-55%), NEM (-48%), IOTA (-47%), Zcash (-46%) and XRP (-41%) were poor investments for crypto investors in 2019 and suffered most from the bear market.

Binance Coin Bitcoin Centrality Chainlink
Previous ArticleUse of Ripple’s ODL increases – Will Western Union use XRP?
Next Article Bitcoin is the best asset of the decade according to Bank of America Merrill Lynch