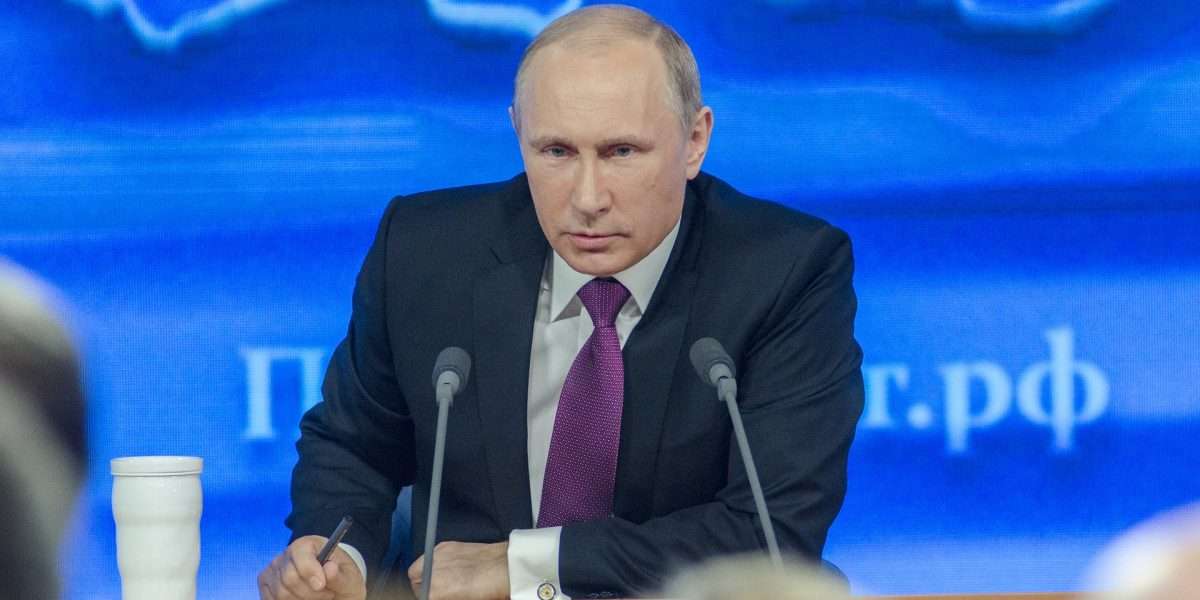 Russian President, Vladimir Putin, is not completely buying into cryptocurrencies, despite talks of Moscow hedging against the weakening US dollar. Speaking in a Thursday interview following the 20th Russian Energy Forum in Moscow, the president criticized the Washington monetary policy as crippling the dollar’s position as the world reserve currency. He said countries are being driven away from the dollar due to its use as a sanction instrument. The policy was also causing rising debt and inflation, he added.

That said, Putin still thinks it is “somewhat early” to make a decisive opinion on digital currencies. They may be used as a means of hoarding in the future if the market matures. However, using them in commodity trading is out of the question, he said.

In economics, hoarding refers to the purchase and warehousing of large quantities of a commodity, such as gold. The buyer usually intends to profit from future price increases of the commodity. Some cryptocurrency enthusiasts, such as the one famed for the “hodl” term, admit to holding digital assets awaiting price surges in the long term.

Cryptocurrencies are too volatile and unsecured for commodity trading

The Russian president admits the possibility of oil and gas settlements being done in cryptocurrencies in the country. However, he still thinks they are too unstable and unsecured to be used in the oil and gas trade. He added;

It’s too early to talk about this, because cryptocurrency, of course, can be a unit of accounting, but it is very unstable. It can be used to transfer funds from one place to another, yes, but to trade, let alone trade in energy resources, in my opinion, is still premature,

Additionally, Putin was of the opinion that cryptocurrencies are not backed by anything. They are presently too volatile on the open market and it is “too soon” to talk about them as a means of trading any raw materials, he added.

Nonetheless, he noted that numerous developments are taking place and they should be allowed to grow.

But everything develops, everything has the right to exist. We will see how it will go further, maybe someday it may also be a means of accumulation,

Another objection to crypto as a means of payment is their “huge amount of energy” expenditure. Putin noted that energy-hungry crypto mining operations mainly rely on traditional energy production methods, which have a high carbon footprint. This is the same reason Tesla boss Elon Musk gave in June after ceasing electric vehicle payments in Bitcoin.

However, nations such as El Salvador are finding environmentally-friendly ways to mine the digital asset that is now legal tender. The nation is generating geothermal energy from volcanoes to power BTC mining. Earlier this month, Salvadoran President Nayib Bukele announced that the operation has successfully generated 0.00599179 Bitcoin.