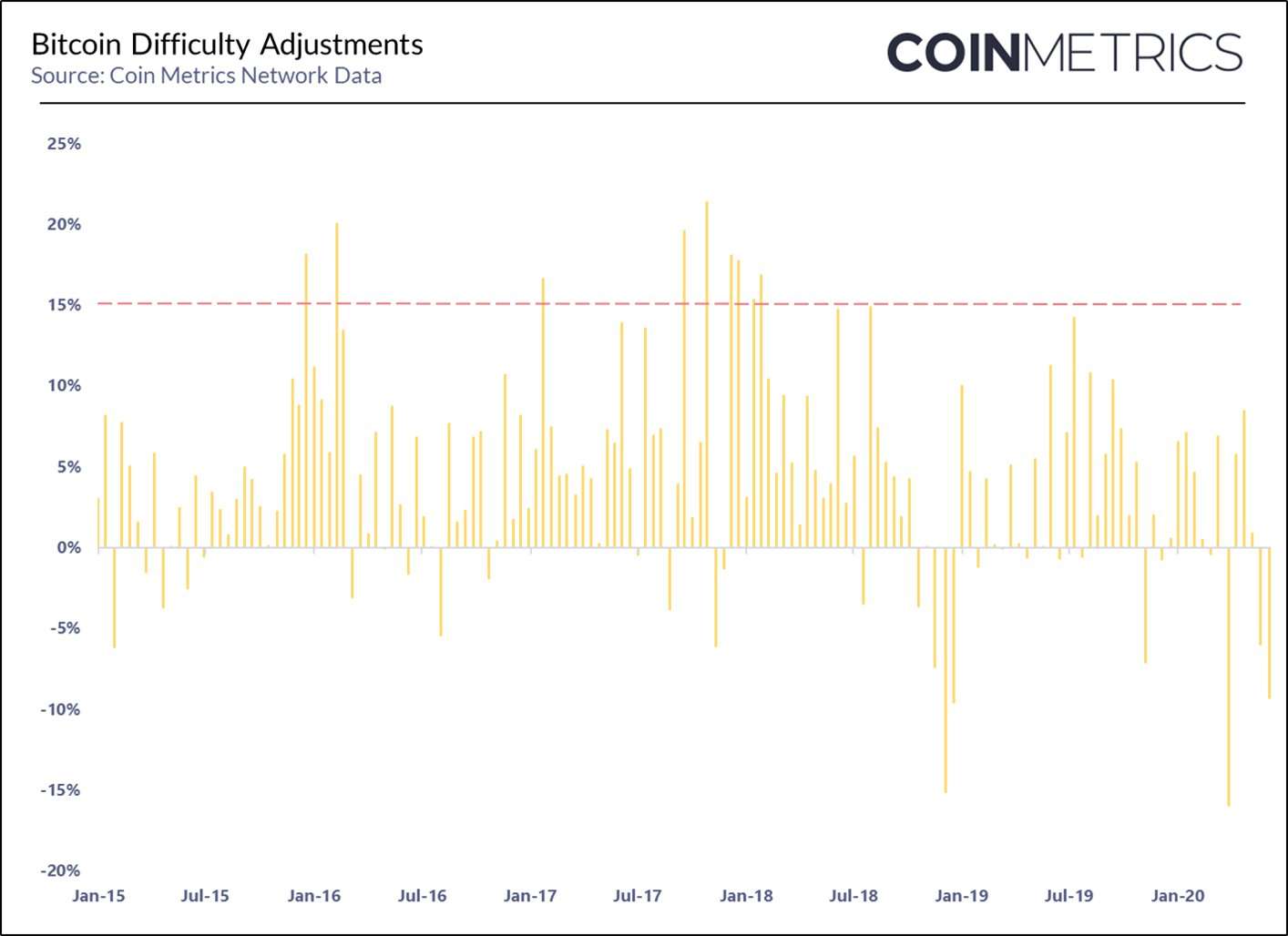 The Bitcoin halving was one of the most anticipated events in crypto space because of the expected effect the event will have on BTC price. In April, Bitcoin’s hashrate reached an all-time high of 136.2 Tera-Hashes per second (TH/s), while facing a market crash due to the coronavirus pandemic. In May it again reached an ATH in its hashrate of 142 TH/s.

In the crypto community, the halving was perceived as evidence of Bitcoin’s effective monetary policy. At a time when the world’s central banks were pursuing inflationary policies, Bitcoin reduced its issuing rate. The consequence was a reduction in the profitability of Bitcoin mining and an increase in concern about a potential collapse in the hashrate as less efficient miners closed down their operations.

This led to a significant reduction in the hashrate of the Bitcoin network, as can be seen in the graph below. However, there was an increase in transfer fees that cushioned the fall in the hashrate and gave the miners some breathing room. As a result, the hashrate has risen progressively since May. 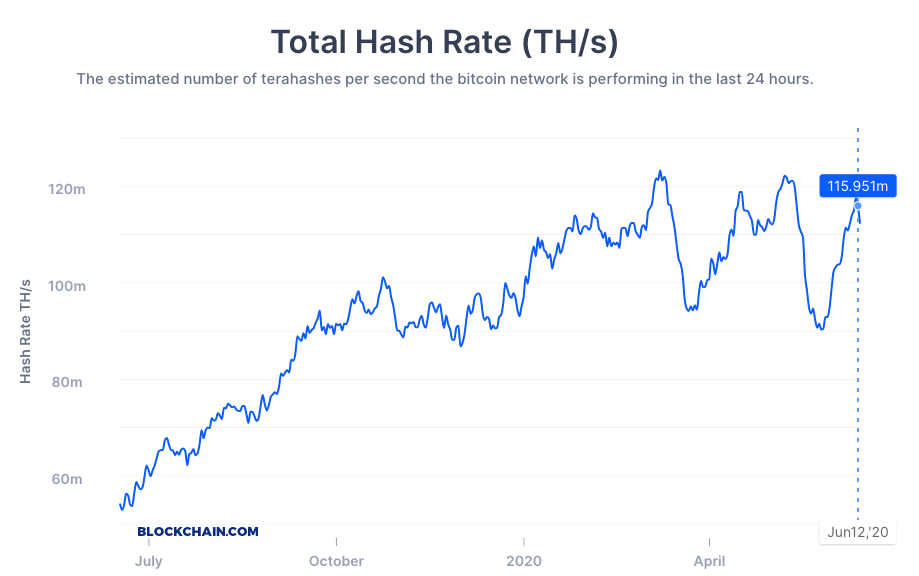 Again, data from CoinMetrics shows that the hashrate has recovered to the level it was before the halving. At its lowest point the hashrate reached about 90.4 TH/s in May and, according to the CMBI Bitcoin Hash Rate Index, is close to 112 TH/s, at the time of publication. 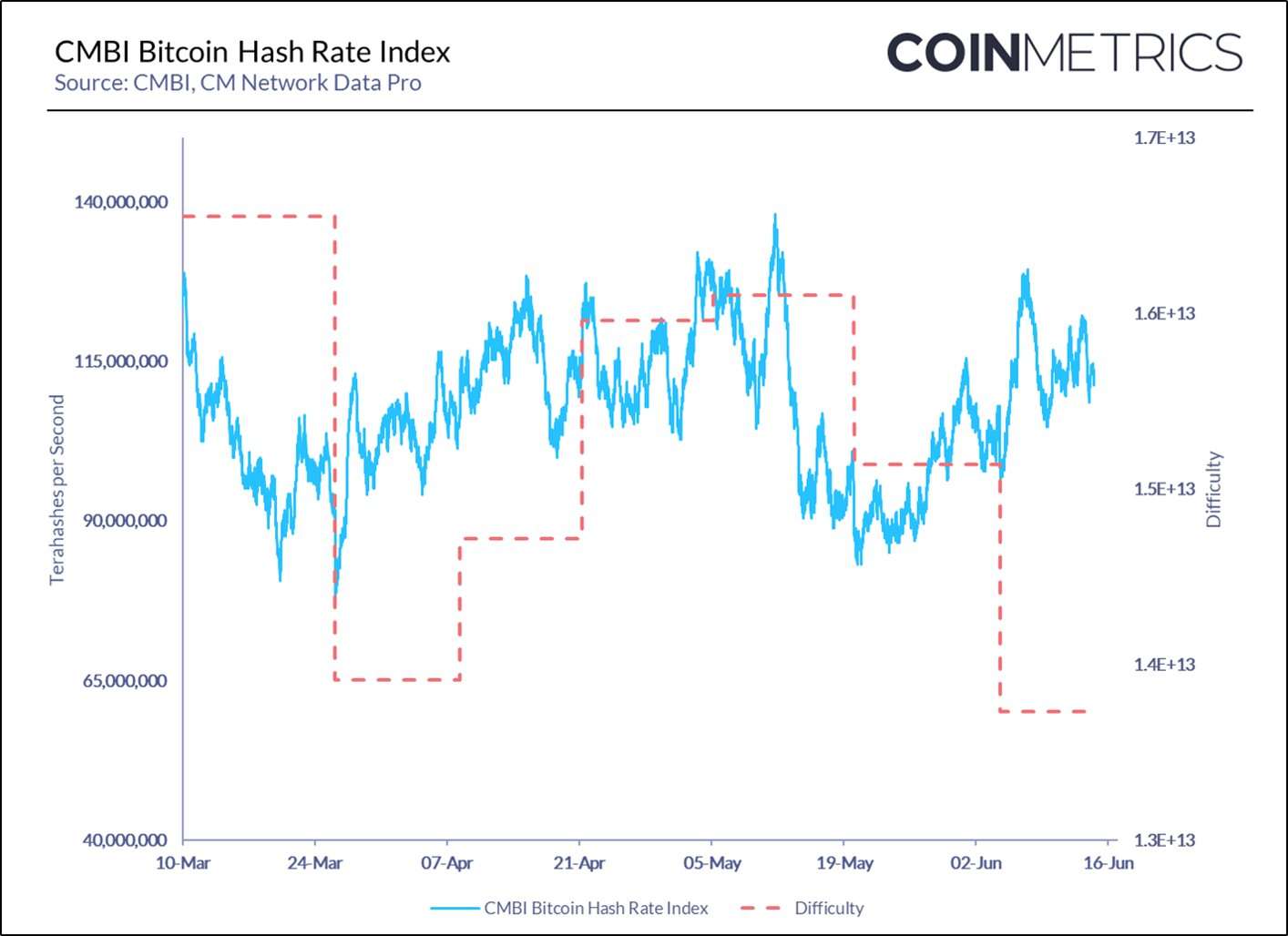 The increase in difficulty could reverse this and negatively affect the Bitcoin hash rate. As one of the largest positive adjustments since 2018, as CoinMetrics noted, the less efficient miners could suspend their operations again.

In addition, miners may need to liquidate their BTC positions to compensate for the difficulty adjustment. As a result, this will negatively impact the BTC price while increasing selling pressure in the market. At the time of publication BTC is priced at $9,205 with a 2.03% loss over the last 24 hours. Unless fees on the network increase as they did during May, a miners’ capitulation could increase the volatility in the BTC price.