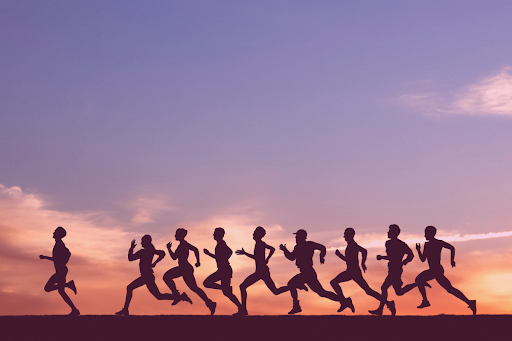 Numerous blockchains have emerged in the past few years, all vying to steal Ethereum’s crown. While Ethereum is the most advanced blockchain around today, it suffers from problems around its lack of scalability, resulting in slow transactions and expensive fees. Other issues persist around its lack of interoperability and its excessive energy costs.

With its perceived weaknesses, there are multiple blockchain projects that believe they’ll one day rise up to supplant Ethereum at the top of the crypto chain. The likes of Cardano, Binance Smart Chain, Solana and Terra Luna, to name just a few, have all been labeled as “Ethereum killers” in the past. But for all the hype around those other projects, there’s only one can claim to have made any real progress.

That project is Polkadot, which is rapidly emerging as the most mature blockchain around.

Ethereum’s Rivals Struggle To Catch Up

A lot of interesting blockchain projects have emerged in the past few years. Most of them are competing to replace Ethereum, which is by far and away the most widely used blockchain platform for use cases around decentralized applications in areas ranging from DeFi to gaming to property ownership and digital rights management.

There are some interesting projects on the horizon, no doubt. A quick look at CoinMarketCap’s list of top ten cryptocurrencies shows us that Binance Coin currently ranks fourth overall. Binance Coin is the native token of the Binance Smart Chain. BSC, as it’s called, is often seen as a direct rival to Ethereum. It was created in April 2020 by the cryptocurrency exchange Binance to bring smart contract functionality to its ecosystem. The project has gained a lot of traction since its launch, mainly thanks to the backing of Binance, which boasts more than 15 million users worldwide.

That said there are big concerns around BSC, the main one being its lack of decentralization. With just 15 validators on its network, BSC is arguably a lot more prone to system failures, attacks, regulatory compliance orders and even hacks. That may explain why very little innovation currently takes place on BSC.

Another big pretender to Ethereum’s throne is Cardano. Founded back in 2015 by one of Ethereum’s co-creators, Charles Hoskinson, Cardano is a blockchain that aims to serve as a platform for dApp development, with features including a multi-asset ledger and verifiable smart contracts. Its native cryptocurrency ADA currently ranks as the sixth most valuable token overall. Like BSC, it uses a different consensus mechanism to Ethereum, called Proof of Stake, which is designed to be more energy efficient and cheaper to transact.

Cardano is extremely ambitious, has a solid team behind it and plenty of believers, but the big issue is that it remains very much a work in progress. It’s developing very slowly, at a snail’s pace, some might say.

While trying to keep up with the tech advances made by its competitors, Cardano seems to take an extraordinarily long time to develop. For instance, while it has been around for six year, it is still dealing with incomplete smart contract and token standards. It’s also struggling in the area of scalability. While a network such as Ripple’s can handle up to 1,000 transactions per second, Cardano at present can only process 257 per second.

The truth is that Cardano is very much behind schedule and even the few projects that have gotten off the ground – such as SundaeSwap and CardStarter – have so far failed to live up to their promises, resulting in public squabbles between them.

Ranked 7th on the top cryptocurrency list is Solana’s native token SOL. The Solana blockchain has a lot of fans and has, to be fair, made substantial progress in comparison to Cardano. It has become very popular in the NFT and DeFi spaces especially due to its faster transactions and lower fees at a time when Ethereum gas fees have mushroomed amid the wider crypto market boom.

Solana’s issue though is its glaring security problems. A recent expose in Decrypt highlights a series of issues that have “battered” Solana over the past few weeks, the most notable of which occurred just this month, when a hacker made off with more than $320 million worth of wrapped Ethereum tokens. Analysis by Paradigm researchers showed the hacker exploited a critical flaw in Solana’s interface with Wormhole, which is a cross-chain bridge technology designed to enable Solana to interact with other blockchains.

That incident caused SOL’s price to drop by almost 10%, and there have been additional concerns raised over Solana’s stability too. It has reportedly suffered from multiple outages in recent weeks, the result of its network being overloaded with spam and bots.

With all the struggles and concerns over the top blockchain projects, naysayers of the technology could almost be forgiven for their contemptuous attitude towards it. Not quite though, for there is one top ten blockchain project that stands head and shoulders above the rest, decentralized and consistently delivering on its promises, supporting multiple real-world use cases and doing so without any of the security concerns plaguing its rivals.

That blockchain is Polkadot, and it’s by far and away the most mature Ethereum rival around.

There’s every reason to believe Polkadot might be the one to supplant Ethereum from its throne as the top smart contract platform in crypto. It’s not just because of Polkadot’s unique promise to solve the very big problem of blockchain interoperability and allow data and tokenized assets to be transferred freely between them. It’s the fact that it has already solved it.

Polkadot’s first six parachains – Acala, Moonbeam, Clover, Statemint, Astar and Parallel – are up and running now and have experienced zero problems so far. Those parachains are key. They can be thought of as custom, project-specific blockchains that feed into the main Polkadot chain, called the Relay Chain, fulfilling its long-promised goal of blockchain interoperability.

Polkadot launched its first parachains last year, bang on schedule with its planned roadmap, just the latest in a long line of impressive achievements. It also boasts the second biggest developer community in blockchain after Ethereum, meaning it is likely to continue being a hub of innovation. Traditional financiers have taken note too, with Polkadot’s native token DOT being the most popular crypto asset held by institutional investors according to a recent study by Messari.

Polkadot may not be alone in offering real-world use cases and solving one of the biggest pain points with blockchain technology, but it differs in that it suffers from none of the development issues that continue to dog its biggest rivals. Add to that its strong backing from investors, its smart and experienced leadership and its proven ability to deliver on its goals time and time again, it’s hard to find a more deserving blockchain to hold the mantle of the “Ethereum Killer”.

DOT ETH Ethereum Polkadot
Previous Article$60 trillion to flow from bonds to crypto in the next 10 years as interest rates spike: Crypto bull Tom Lee
Next Article U.S judge releases one half of the couple that stole $3.6B in Bitfinex hack