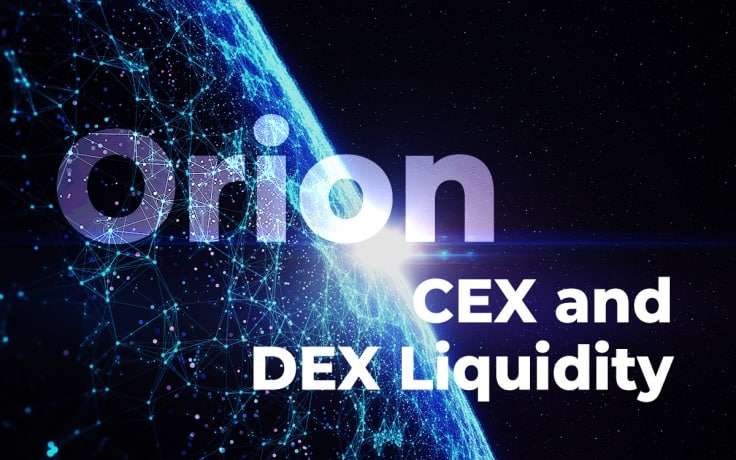 Orion Protocol, whose ORN token has risen from $3.36 to $24.57 since Feb. 01 and is ranked #221 by market cap, will go live with its Orion Terminal on March 31. The terminal creates a decentralized gateway to the crypto market, granting its users access to liquidity from popular exchanges such as Binance, KuCoin, and BitMax without having to open an account or complete a KYC process. In addition, users can also access decentralized alternatives such as Uniswap near-zero slippage.

Remarkably, the Orion Protocol is chain-agnostic. Earlier this month, the Orion team announced that it is extending the Orion Terminal to the Binance Smart Chain (BSC) after initially launching the service on the Ethereum blockchain on Dec. 15 of last year. However, the two blockchains will be just the beginning. Others, including Cardano, Huobi’s HECO Chain, Avalanche and Elrond are expected to follow shortly. NFTs are also slated to join the platform in Q2.

As of March 31, 2021, Orion Terminal will support 40 different crypto assets on Ethereum and Binance Smart Chain. The list includes BTC, ETH, LINK, DOT, ADA, YFI, UNI, OMG, and many others.  Through the built-in complex swap feature, all of these assets can be traded intermittently, creating a market of over 1,560 trading pairs.

Currently, over 100,000 users have already signed up to access the Orion Terminal. The Orion Protocol team will celebrate the launch with a week-long trading competition with over $10,000 in ORN rewards, Orion merchandise and the first Orion NFTs. Participants must complete at least one transaction per day on the Orion terminal to receive lottery tickets, with a higher value transaction earning more tickets and a minimum amount of $100 USDT.

In Q2, Orion Protocol also plans to launch their staking calculator, which is touted as “the most profitable staking in DeFi.”