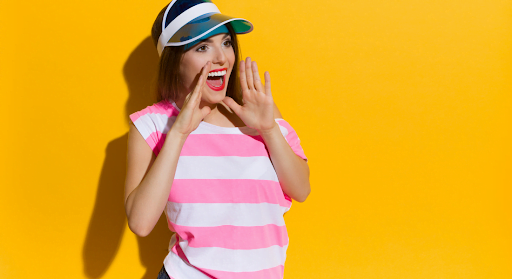 DOT, the native token of the Layer 1 blockchain Polkadot has hit a new all-time high at $55 as it achieves a big milestone.

This milestone was hit this week as Polkadot finally launched a parachain auction, which enables projects wanting to be a part of its ecosystem to launch their own crowdfunding efforts using DOT tokens pledged to their cause.

Compared to initial coin offerings (ICO), parachain auctions do not force investors to transfer the ownership of their DOT to a third party, and user funds are returned in case the project loses the auction.

On November 1st, the Polkadot council passed a motion to enable parachain registration and crowd loan, which was then moved to the DOT holders for voting. It was approved with unanimous support.

Teams will now be able to register their parachain and soon open their crowd loan.

The motion to enable parachain registration and crowdloans has passed Polkadot's council and gone to a public referendum. If passed, parachain teams will be able to register their parachain and open their crowdloan on Nov. 4, 2021 at approx. 19:15 CET. https://t.co/5ouDWBmnvc

This layer 1 blockchain network is designed to support various interconnected application-specific sub-chains, which are called parachains.

Polkadot is actually the entire ecosystem of parachains that plug into the Relay Chain. This single base platform does not support application functionality, rather provides security to the network’s parachains and contains the consensus of Polkadot.

Currently, several projects are planning to bid to launch on Polkadot, including Manta Network.

Manta Network, the privacy-preserving decentralized exchange (DEX), which is backed by Multichain capital, Alameda Research, Multicoin Capital, DFG, Three Arrows Capital, and many others, is focused on building a better Web 3.0.

After winning the parachain network on Kusama, Polkadot’s canary network, Manta Network is now ready to be part of the Polkadot ecosystem.

For the upcoming parachain auctions, Manta Network has reserved up to 15.6% of its total supply or a total of 156,000,005 MANTA. Any unused supply here will be reserved for subsequent auctions.

“To better interact with our community, Manta will raise the DOT required for the auction through crowdloan,” said the team.

You can now start contributing to the @MantaNetwork crowdloan through @binance!https://t.co/8diyOOQT73

More details about our Crowdloan: https://t.co/LnYF0tVPq3

Out of the approximate 156 million MANTA, about 120 million MANTA tokens are reserved for the parachain auction. The team has capped its crowdloan to 30 million DOT. Rewards will be delivered in a fixed ratio with a base reward of 4 MANTA to every DOT contributor, with an additional MANTA to those who participate in the MantaPay Liquidity Event.

Besides reserving 30 Million MANTA, or 3% of its total supply for the MantaPay Liquidity Event, the team has also reserved 6 million MANTA for the Binance Early Bird Rewards.

Manta Network has partnered with the leading cryptocurrency exchange Binance, which means those who contribute to the Manta Network crowdloan through Binance will get exclusive rewards.

Currently, the auction is in a 7-day warm-up period, under which $30 million USDT worth of rewards are shared and distributed to users according to their voting power before the auction starts.

Starting Nov. 11, the auction period will begin where DOT holders can vote for parachain projects by staking their DOT tokens. The staked DOT will be locked up directly for the period the auction lasts. Projects that win the slot auction will lock the stated assets for that period’s lease period, and Binance would distribute rewards to participants.