A survey by data analysis company Glassnode has shown that the number of Bitcoin whales has increased since the price collapse in March. The report published on April 9th shows that the number of Bitcoin whales has risen to its highest level in two years. At the time the report was published, Glassnode noted a positive recovery in Bitcoin’s price. According to the market research company, the cryptocurrency finally was on the right track back to the price of the beginning of the year. However, in the last 24 hours, BTC’s price has fallen to $6,922 with a 4.54% loss.

In its report, Glassnode highlighted a positive trend in on-chain indicators. Last week, the transaction volume increased by 23% to approximately $3.6 billion, whereby the research company added

However, when adjusting to remove in-house transactions by using entity-adjusted volume, we see that this increase only equates to 7.5%. This indicates that a portion of the increase in on-chain volume is coming from individuals and organizations moving BTC internally.

Regarding the increase in Bitcoin whales, the research company says that the number of addresses with +1,000 BTC showed an increase before the decline in March, as Glassnode argues:

The number of whales (…) accelerated during and after the crash. This suggests that larger market players are accumulating BTC, providing an optimistic sign. 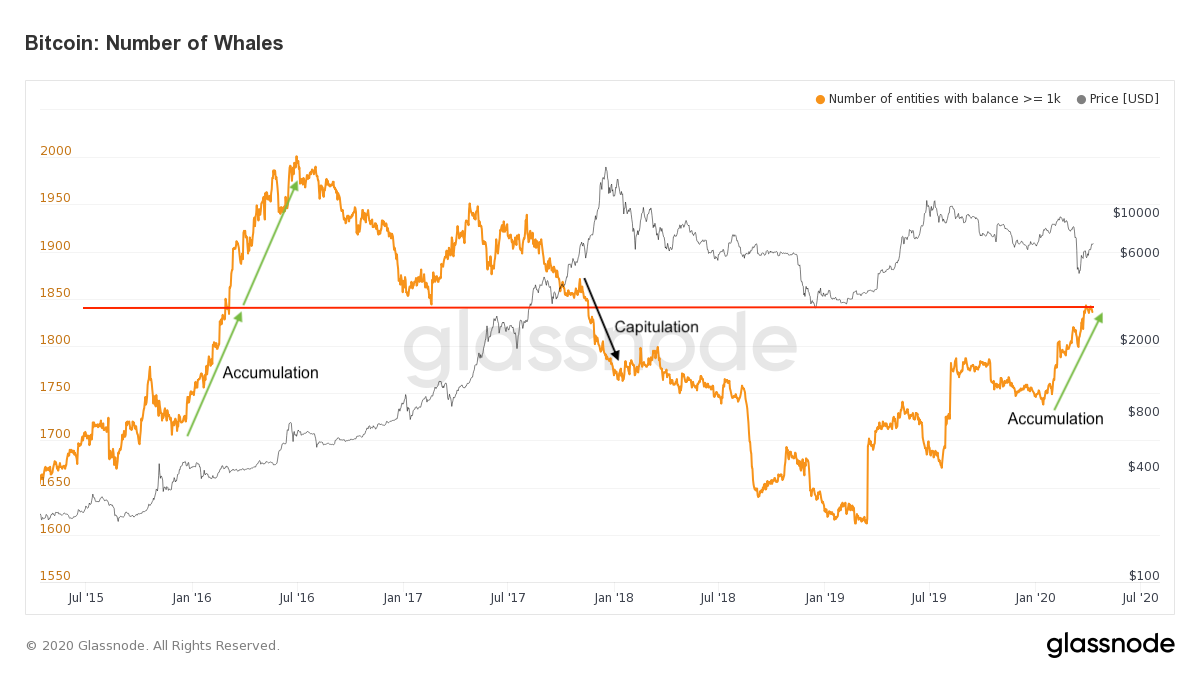 According to Glassnode, the current level of Bitcoin whales has not been reached since 2017. In that year, a capitulation of the whales (capitulation phase) resulted in a similar level to the current one. Now the level was reached in a new accumulation phase, just like in 2016 when Bitcoin was about to reach the Halving. As can be seen in the graph below, accumulation phases occur a few months before the Halving, whereby this trend increased in 2016 as the event approached. 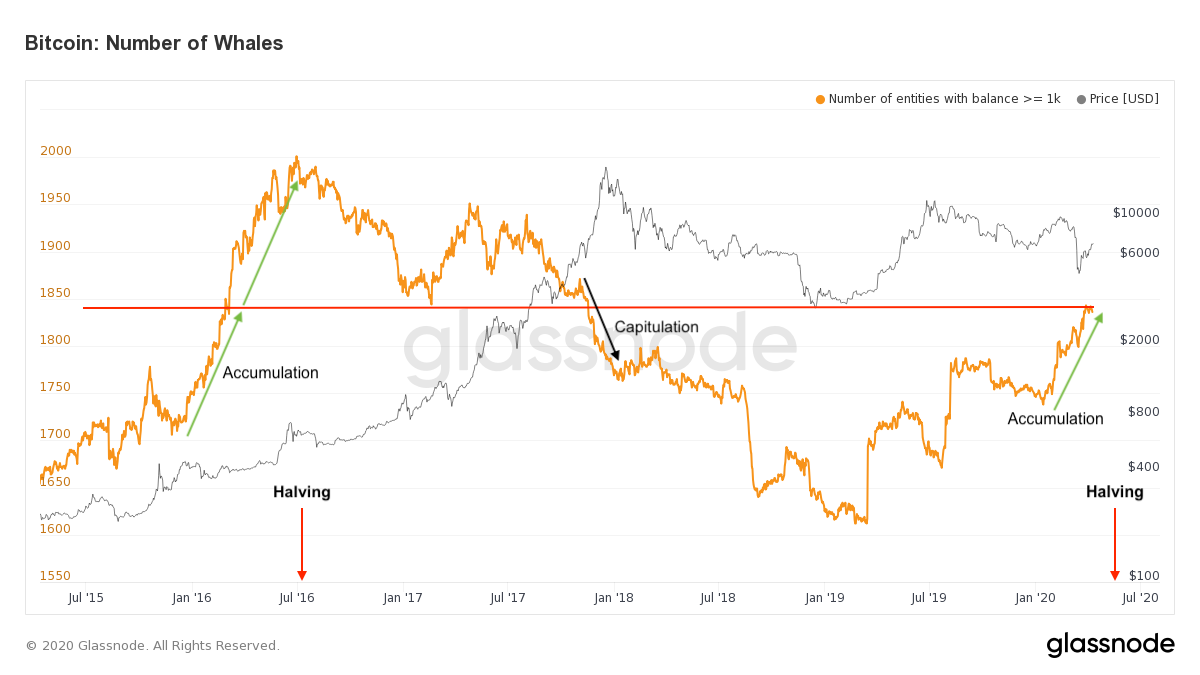 Glassnode concludes that the trend is positive for the market:

This trend implies that despite an uncertain market environment, whales remain confident that now is a good time to be accumulating BTC, suggesting that they believe there is further room for growth.

In the crypto community, the whale movement were not unnoticed. As reported by CNF, Arthur Hayes, founder of BitMEX, has warned that the market will remains volatile and that BTC could test the 3,000 USD mark again, while whales could be preparing for the Halving or for dumping BTC in the market. In either case, the next weeks could be crucial for Bitcoin.