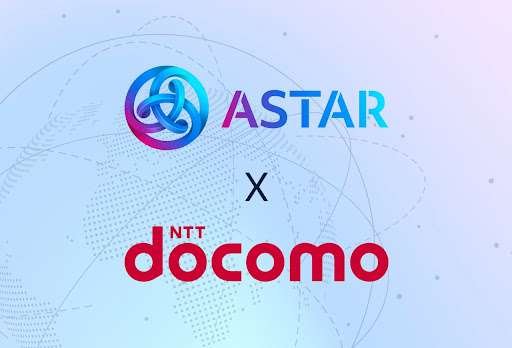 NTT Docomo and Astar Network have confirmed a collaboration with the aim to foster mass adoption of Web3 as well as its social implementation. The entry of NTT Docomo is no small feat with the company boasting of being the largest internet provider in Japan. The company generates around $40 billion in annual revenue. It has now been confirmed that the company intends to invest $5 billion in Web3 technologies over the next 5-6 years. Interestingly, one-third of the stock of NTT Docomo’s parent company, NTT, is owned by the Japanese government.

NTT Docomo has signed a deal with Astar Foundation, the organization behind Astar Network. According to the team, the network “supports the building of dApps with EVM and WASM smart contracts and offers developers true interoperability with cross-consensus messaging XCM.” Since winning its Parachain in January 2022, Astar has become the top Parachain in the Polkadot ecosystem. Astar Network is the number one TVL Smart Contract Hub for WASM + EVM on Polkadot.

1/ Astar and NTT DOCOMO (@docomo) team up and will push Japan to embrace new Web3 solutions!

What is NTT DOCOMO?
• The largest Japanese internet provider – 37% of the population!
• They generate $40B in annual revenue!

— Astar, the Future of Smart Contract for Multichain (@AstarNetwork) November 8, 2022

The two partners note that they strive to create a new social good project that will change the world with Web3 tech in Japan– whose social development is challenged. With NTT providing the know-how and Astar Network the Web3 technology, the project has an advantage in solving social and environmental problems through the powerful DAO structure.

The project seeks to dominate the Japanese market by bringing in big enterprises. Furthermore, it will look to expand beyond the Japanese market in the long term. Japan’s interest in the blockchain industry upon which Web3 is built on is no secret. Recently, the Digital Agency launched a decentralized autonomous organization (DAO) to explore DAOs and Web3

Web3 and related technologies are about to cross the chasm and are on the verge of mass adoption. In this context, more robust cases with excellent user experience on an infrastructure that is accessible to everyone is essential. It is about making a society where more people can truly enjoy the benefits of Web3, not just engineers. Collaborating with NTT Docomo, a company that has created case studies that have been used by tens of millions of people, we will further spread Web3.