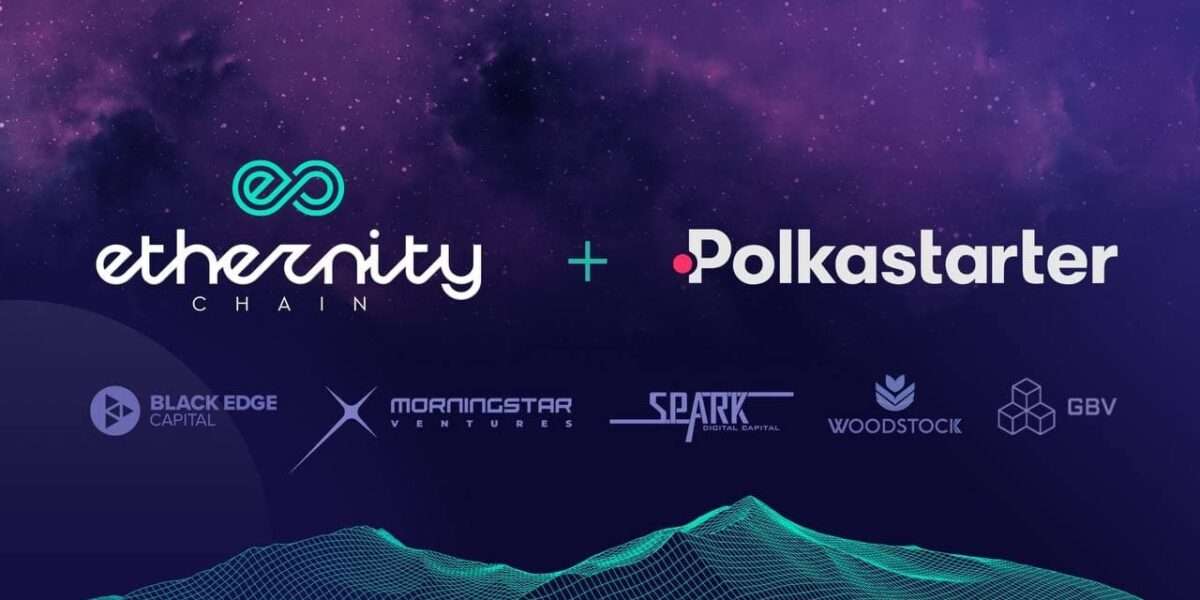 In a press release shared with CNF, the Ethernity team announced the launch of a new non-fungible token (NFT) ecosystem on Polkastarter. One of the hottest trends gaining popularity in the crypto space, NFTs are becoming a long-term investment option for many users.

Ethernity has been created by Nick Rose Ntertsas, a first wave Bitcoin investor. The platform’s ecosystem will operate at the intersection of varied offerings such as art ownership, decentralized finance, philanthropy, and will allow celebrities and public figures to make sponsorships of artwork or art pieces of their interest. By doing so, Ethernity will enable philanthropic organizations and non-profit initiatives to raise money.

Community will take a vital role

As announced today, the platform has completed its private fundraising round with strategic investors Morningstar Ventures, Black Edge Capital, Spark, Woodstock and GBV. Now, Ethernity will open its doors to the public through an IDO partnership with Polkastarter.

By conducting the public sale of its ERN token on Polkastarter, Ethernity’s community will have a chance to participate in the rapidly expanding NFT sector, which continues to gain traction in recent weeks. The NFT market in general has recorded nearly $100 million in sales over the past 30 days. In addition, several NFTs caused a stir, like the one from YouTuber Logan Paul, whose NFT raised $3.5 million for 1,772 tokens in just one day.

As the release states, NFTs have been adopted by celebrities in music, television, business, sports, among others and have received support from many players in the crypto space. Among them, Ethernity has partnered with Gemini founders Cameron and Tyler Winklevoss, athlete Michael Rubin, and music producer DJ Alesso.

In parallel, the platform is preparing for the public sale of its native token ERN:

The blockchain-based art collective is currently preparing for a public sale of its native ERNtokens, the base currency of the Ethernity Chain. Ethernity recently completed a strategicinvestment round, gaining backing from the likes of Black Edge Capital, Morningstar Ventures,Spark Digital Capital, Woodstock, and Genesis Block Ventures.

Within the Ethernity Chain ecosystem, all NFTs are purchasable and tradable on-chain. The blockchain will leverage the technology of DeFi and merge it with NFTs to create a gateway to NTFTs.