In line with the market-wide downturn, the price of Chainlink (LINK) continues to face increased selling pressure. After a meteoric rise to close to $20 on August 16th, the LINK consolidated to as low as $12.91 on August 21st. Since then, the LINK price has stabilized in the range of $14-15, but another major movement may be imminent in the coming days.

At time of writing, Chainlink was trading at $14.52 USD, down 4.2% in the last 24 hours. However, LINK is still trading well above its recent low of August 21, which is initially a bullish sign. However, there are also some indicators that suggest that the bearish trend may continue.

As the analyst “Credible Crypto” noted with the chart below, the LINK price has drawn five lower highs since the fall of USD 20, which is a strong bearish sign. According to the analyst, the focus is now on watching the range between $13.50 and $12.91, which could serve as support. On the upside, Credible Crypto drew a major resistance zone between $18.50 and $19.00. 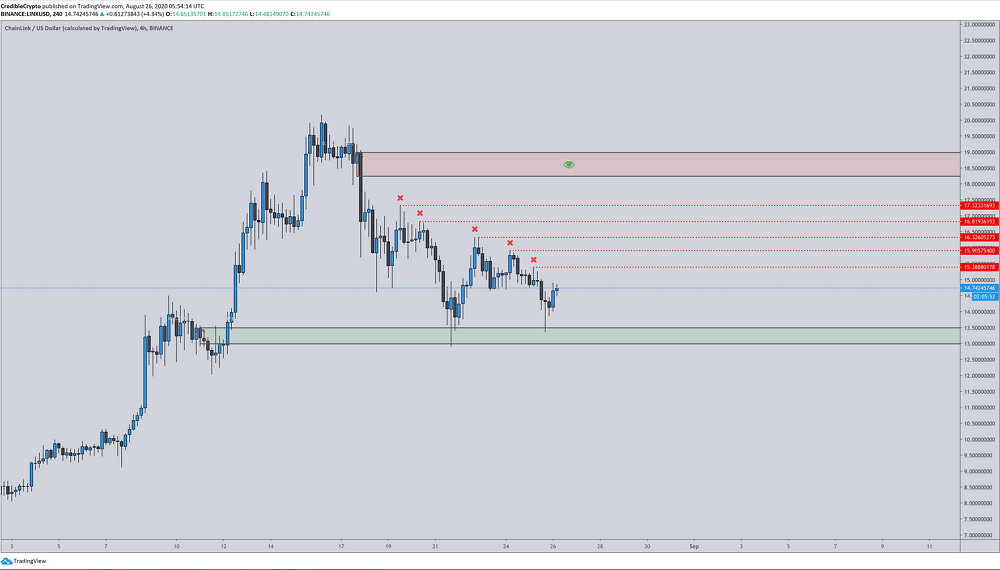 A much more bearish outlook was shared yesterday by “Ledger Status” via Twitter. The analyst said that a visit to further lows may be imminent for Chainlink as there is no significant support to the $12.50 level. Due to the fact that LINK continues to make losses relative to the Bitcoin (BTC) price, he expects LINK to fall to the support level of $9.00.

Link has been a bit sluggish to recover on a relative basis to BTC. Expecting it to retest lower supports. […] LINK bulls eyes on $9 sorry. 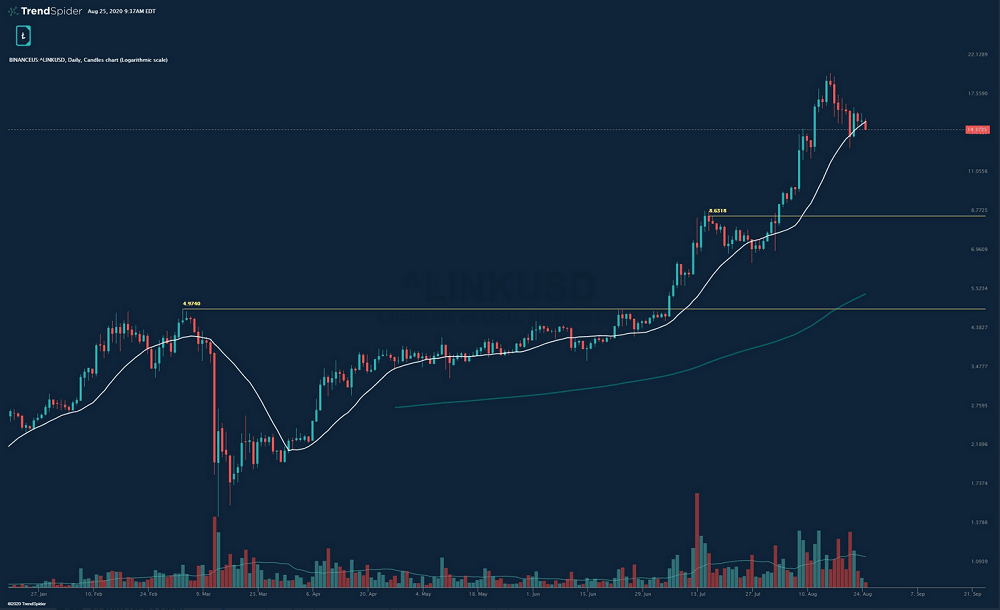 The fact that Chainlink’s adjusted 7-day average transaction volume of Chainlink recently climbed to third place among the largest cryptocurrencies that are not stablecoin, behind Bitcoin (USD 2.7 billion) and Ethereum (USD 1.3 billion) with around USD 340 million, also suggests that another major movement is imminent. The following chart was shared via Twitter by Laura Shin. 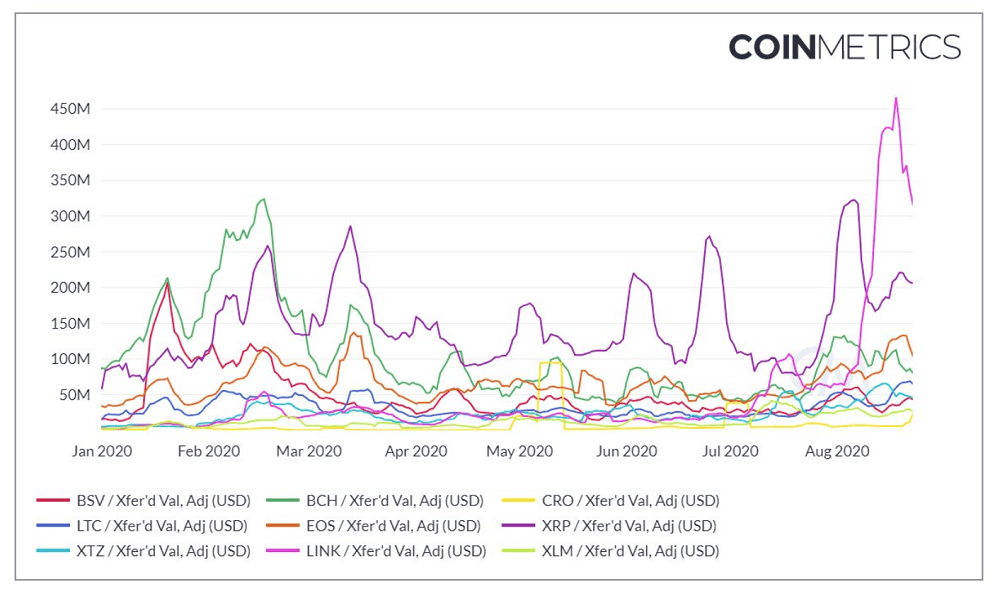 Regardless of the price, the team around Chainlink’s founder Sergey Nazarov is currently continuing to focus on establishing new partnerships in the crypto-space and thus creating new use cases. As announced yesterday, the Ethereum based DeFi platform dYdX will introduce a new LINK/USD perpetual contract that will allow traders to take a leveraged position in LINK. The contract will source LINK/USD prices from Chainlink’ decentralized oracle network.

As Weiss Ratings recently stated in an assessment, Chainlink is an integral part of Ethereum’s DeFi and will therefore directly benefit from the success of the DeFi movement. According to the rating agency, there is no crypto revolution without DeFi and no DeFi without Chainlink. Weiss Ratings therefore predicts a renewed rise in the LINK price in the long term. At the same time, Weiss Ratings also stated that LINK’s price pump in recent weeks was too steep, making a correction necessary.