The Mt. Gox hack will always be remembered as one of the worst in the history of Bitcoin. The victims have been waiting for years for compensation. However, the implementation of a rehabilitation plan has been repeatedly postponed. A document from the Tokyo District Court dated June 30 indicates that a decision on compensation could soon be finalized.

The document was called to mind by crypto-community member Mr. Whale and sets October 15 as the final date for receiving a rehabilitation plan that will allow victims to receive compensation. Therefore, there is growing speculation that 150,000 Bitcoin (BTC) from the Mt. Gox trustee could move on Oct. 15.

Although the investor explained that this process has been postponed “numerous times”. He also pointed out the possible negative impact on the crypto market if the funds were returned to the victims. Currently, Bitcoin’s price is recovering from the BitMEX crackdown news. Therefore, an increase in selling pressure from the Mt. Gox victims could sink BTC’s price further, according to speculation.

Potential catalyst for a Bitcoin drop

The investor indicated that Mt. Gox was one of the largest Bitcoin exchanges of its time. The exchange handled 70% of Bitcoin world’s transactions and reported 840,000 BTC in stolen funds. Whether the old users will actually get their Bitcoin back will be determined on October 15th, as the investor stated:

[…] but It’s still important to keep this all in mind. If 150,000 BTC is sold on the market, it would cause a brutal drop, and fear would quickly spread across the markets.

Among the complications that have affected the approval of the rehabilitation plan are former Mt. Gox owner, Mark Karpeles, lack of transparency, and the increase in the price of Bitcoin. As “Mr. Whale” commented, at the time of the theft, BTC was at $400 and its current price is over $10,000. Therefore, he concluded that the case of Mt. Gox is a potential catalyst for the price of BTC to drop: 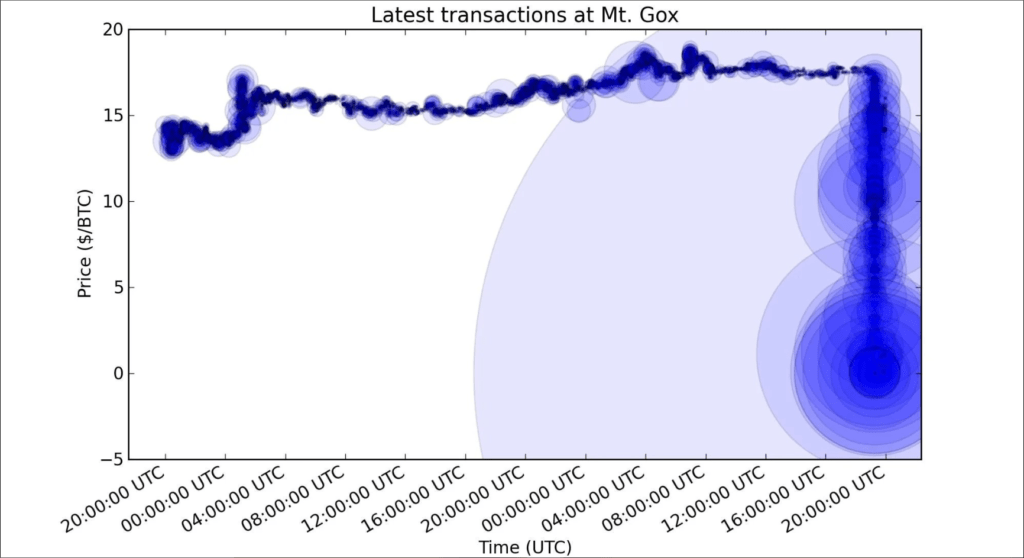 However, October 15 does not have to be the big decision day. Thus, the extension refers to the presentation of the rehabilitation plan and not to the reimbursement of the BTC. Thus, the trustee only has to submit a plan by October 15.

In addition, the trustee has continuously applied for extensions over the last year. An identical statement was also issued in 2020 and 2019, and extensions were granted. As a result, it seems at least likely that the 150,000 BTC of the Mt. Gox trustee will not reach the markets in the short term.

Meanwhile, analysts like Willy Woo have been bullish about the health of the market and the price of Bitcoin. Woo believes that BTC has already seen its lowest price during 2019:

Capitulation happened last year at $3k, we’ve been in a bull market ever since, it’s just been camouflaged by BitMEX traders with the wild swings they create. $4k->$14k was the mother of all squeezes, retracing back to organic valuation took a while.