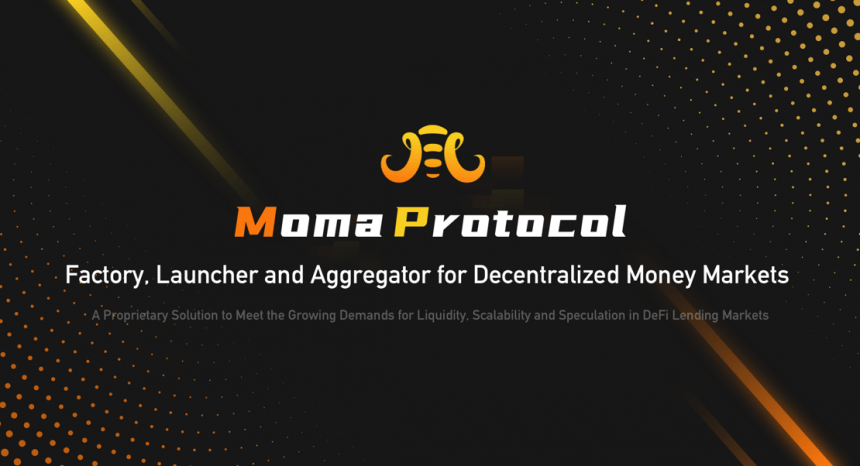 Led by Fundamental Labs and SevenX Ventures, Moma Protocol has successfully raised $2.25 million. According to a release shared with CNF, these funds will be used to create infinite liquidity for long-tail DeFi Lending Markets. The platform is able to meet users demand in scalability, liquidity and speculation in DeFi markets.

Lending has become one of the most critical elements of the DeFi industry. As such, the Moma Protocol will play a key role as the DeFi market grows. The platform will primarily open new lending markets for long-tail digital assets. Over the years, failed long-tail digital assets have been abandoned but with the Moma Protocol’s approach, they can be supported and given another chance.

The long-tail concept is already popular in centralized businesses but relatively new in the crypto industry. In traditional business, companies opt to sell low volumes of unique items to many customers to turn a profit. This is contrary to selling large volumes of a reduced number of popular items.

Moma Protocol aims to create, manage, accelerate, and aggregate lending markets to achieve infinite expansion in liquidity and diversity. With its unique approach, it could be a pioneer project, setting the standard for others to follow.

The $2.25 million funding round

At the start, the project was incubated by Lichang – a community app with over 1 million users. It has since grabbed the attention of major VCs and investors. Their involvement with the project is set to see it make headlines as well as gain awareness in the crypto community.

I believe that the goal that Moma Protocol wants to achieve is to create an expandable, scalable and flexible infrastructure for the DeFi world in 5-10 years, in a way that everyone can freely participate. I am optimistic about the DeFi ecology and the lending scenario, and I am happy to be able to drive Moma Protocol to explore the future with the infinite liquidity-generating factory model that fascinates me the most. We are ready to set sail!

With the latest funding, the project will be able to expand and innovate ahead of the official launch later in the year.