As we already reported, the IOTA Foundation is participating in a research project for the Norwegian city of Trondheim to convert it into a Smart City in the next few years. The IOTA tangle is intended to automate and sustainably expand the city’s process flows. A new IOTA-based sensor has now been installed on a holiday island in Singapore to keep the small tourist island clean and to show what intelligent waste management of tomorrow could look like.

In cooperation with IOTA, Lidbot has developed an intelligent sensor based on the IOTA Tangle. The Lidbot sensor is primarily used in waste management and is intended to help waste management companies to assess the current demand for waste resources and to react with appropriate measures.

This novel sensor measures the distance from the lid of a garbage can or waste bin to the ground and notifies the waste management company when the waste has to be collected. The Lidbot sensor works completely without routers and other technical equipment, which saves a lot of time and money.

The first batch of the smart sensors was sold out after only a few days. On behalf of a customer, Lidbot has installed the first sensor on the tourist island Sentosa Island in Singapore. This marks a historic moment for Lidbot, as the company explains via Twitter:

Our clients installed their first batch of #sensors at Sentosa Island in #Singapore. Now it’s time to show them how a small sensor can make a huge difference, ensuring that collection is optimized and the island is clean. 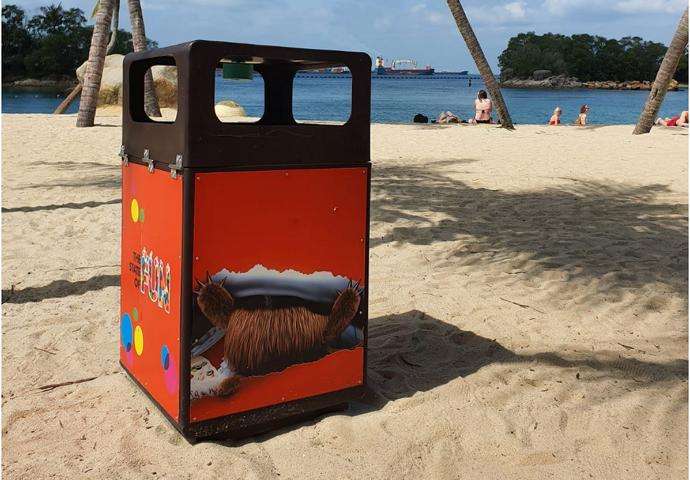 Another innovative product is Lidbot.Robin. This smart garbage has a battery life of more than 5 years and therefore requires almost no supervision. It can exist completely autonomously within a Smart City and contribute to the smooth running of a smart waste disposal system. This and other innovative products will dominate the urban landscape of the next generation of smart city projects.

IOTA is already working within the +CityxChange project, which is funded by the European Union, on the further development of smart innovations for next generation smart cities.

IOTA was developed as a cryptocurrency for machine-to-machine payments and serves as an interface between electric means of transport and car parks, petrol stations or other involved actors. The Smart Parking App Trive.Park enables payment via IOTA for a parking garage in Düsseldorf, Germany.

#Digitalparking in Braunschweig, Germany! Pay for your parking with #IOTA using Machine to Machine micropayments, Base payment on to the minute parking time! Video by @asuessemilch. #trivepark #syncopark #edag #smartparking pic.twitter.com/qJ1hTaDGxl

With the smart waste disposal solution Deposy and the X-CUBE-IOTA1 extension software package for the STM32Cube from STMicroelectronics, further developments are ready for use in a Smart City. However, there is light and shadow even in IOTA.

Recently a dispute between the two IOTA co-founders David Sønstebø and Sergey Ivancheglo escalated, in which Ivancheglo demanded his share of more than 25 million MIOTA from Sønstebø. A few days ago both parties to the dispute published statements setting out their respective views. However, the dispute was settled after Sønstebø apologised to Ivancheglo.