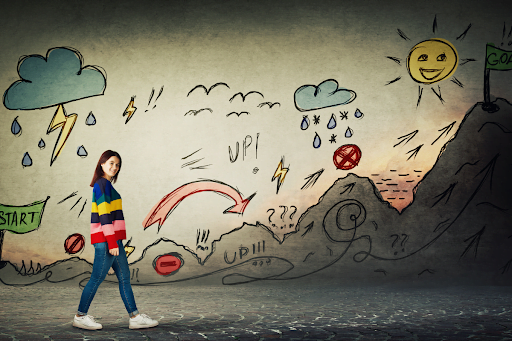 Founded in 2020, the Manta team has achieved several significant milestones within this short span. Manta Network has already rolled out several products to make DeFi more scalable, interoperable, and cost-effective while ensuring unprecedented levels of security and data privacy.

One of the standout features of Manta Network is that it is a layer-1 scaling solution. As such, the privacy-preserving feature offered by the network will be part of Manta’s core architecture and not something that’s just sitting on top of another blockchain network. Additionally, since Manta Network is Substrate-based, it can leverage Polkadot’s interoperability, speed, and cost-efficiency.

That said, 2021 has been highly eventful for the Manta team. Between rolling out their testnet and mainnet versions, participating in the Kusama parachain slot auctions, executing runtime upgrades, and continuously developing their product suite, Manta Network’s list of accomplishments in 2021 is impressive. The platform has grown manifold in recent months, emerging as the answer to DeFi’s existing problems related to privacy, scalability, ease of use, and liquidity.

Build upon this success, the Manta team raised another $5.5m in another private funding round, witnessing participation from more than 30 venture capital firms, including alternative investment firm ParaFi Capital and crypto hedge fund CoinFund.

Not to be outshone by its fundraising prowess, in March, Manta Network added another milestone to its list by successfully rolling out the first installment of deliverables as a Web3 Foundation Open Grants recipient. The Manta team launched its first product, MantaPay, supporting decentralized and anonymous payments activities. Furthermore, Manta Network’s technical paper secured a slot in the International Association for Cryptologic Research (IACR) publication.

Another significant milestone for Manta Network in 2021 was the platform’s selection as one of the 21 emerging projects to be a part of the prestigious Berkeley Blockchain Xcelerator Program Cohort hosted by the University of California, Berkeley.  The Manta team also released Manta Network’s testnet block explorer via Subscan this year, enabling users to view all the relevant details from blocks generated.

Furthermore, in 2021, Manta Network collaborated with Acala Network to implement cross-chain communication using XCM. After being implemented across each network’s testnets, this collaboration showcased the composability of Manta within the Polkadot ecosystem while highlighting its capability to securely privatize all assets deployed on the Polkadot and Kusama parachains.

Amidst all this, the Manta team was also preparing for the Kusama parachain slot auctions. Kusama is the testnet for Polkadot. All projects that wish to be a part of the Polkadot ecosystem must first win a slot in Kusama. The Manta team secured a slot in this limited auction for Manta Network’s canary network Calamari Network. The Calamari Network is deployed on Kusama to facilitate private transactions and swapping for all parachain assets currently live on the Kusama network, including Kusama’s native token KSM.

In September, Calamari Network secured the tenth slot in the Kusama auctions, raising more than 218,000 KSM from the community via its crowdloan campaign. With this win, the Manta team also broke the record for the most contributors to a Kusama parachain auction after more than 16,000 community members contributed funds to help Calamari Network place the winning bid.

Following the win, Calamari Network will be leasing the Kusama parachain slot from September 15, 2021, until August 5, 2022. Currently, the Manta team is working through Calamari Network’s five-phase rollout process on Kusama while simultaneously adding new features. The Manta team achieved most of the promised deliverables per the Calamari roadmap, and the remaining action items are already in progress.

Between September and November, the Manta team has successfully released the Calamari PLO Strategy, published chain genesis, added runtime upgrades to implement on-chain governance, and launched the KMA token and the Calamari chain. At the same time, the team is also gearing up for the ongoing Polkadot parachain slot auctions.

During Tokensoft’s Squad Game token generation event in November, the Manta team raised another $28.8 million after selling more than 80 million $MANTA utility tokens. As part of the token sale, 8% of the one billion fixed supply of $MANTA tokens were sold, spurring widespread participation from the Manta community and helping the project move to the next level of development as Polkadot parachain auctions begin.

Manta Network will most likely participate in the fifth or sixth round of the ongoing Polkadot auctions, scheduled between December 9 and December 30. As part of its campaign, the Manta team is raising DOT (Polkadot’s native token) from the community via a crowdloan initiative. The crowdloan, which is currently open, has already accumulated 3,631,985 DOT (roughly $106,925,651) from more than 7,300 community members, underscoring the widespread support.

Manta Network’s success in 2021 is primarily a function of its resolve to tackle DeFi’s existing problems related to ease of use, interoperability, liquidity, and privacy. The lack of privacy protection within the blockchain ecosystem has led (and will lead) to a series of other problems, which will affect user behavior and hinder the expansion of the crypto ecosystem.

Thanks to its zero-knowledge privacy-preserving protocol for DeFi, Manta Network has positioned itself as the go-to solution for retail and institutional investors alike. As such, the Manta team has high chances of placing the winning bid in the Polkadot auctions, securing itself a slot, and walking into 2022 with a winning streak.