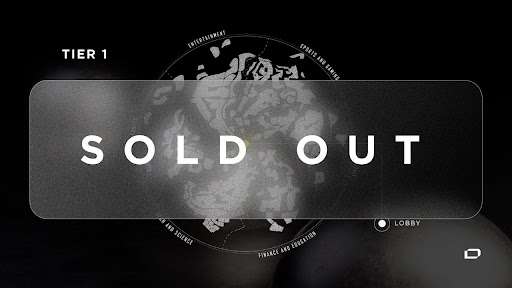 Selling more than 719,000 lots and minting over 380,000 NFT’s in four days, completing the largest NFT transaction ever!

Landian Metaverse has sold every single plot in its Tier 1 during their first public sale. Users are arriving in masses to build on their new land and to witness the future first hand. Landian has delivered on their promise of being the most advanced and realistic decentralized metaverse to open its doors creating innovation of the future.

The Landian Foundation wants to welcome every investor who is now a part of this metaverse, the early adopters and all of the enthusiasts that make up this fast growing community. Landian, which started off as an idea, today, is a reality and the Foundation could not be more excited for what is to come.

The next steps for Landian will be determined by what the community wants to build, partnerships they want to make, and plans they want to develop. Every Landian investor is encouraged to dream big, dream often and to build what you never thought was possible, because with Landian, it is possible.

“On behalf of the entire Landian team from development to marketing, architecture to product, advisors, human resources, and our blockchain development team, we say Thank You! Today is the first day of your future.” Austin Yavorsky, CEO at Landian.

Founded in 2019, Landian has been quietly assembling an army of developers to build the world’s largest functional metaverse. Built in Unreal Engine 5 utilizing the Binance Smart Chain (BSC), Landian is a metaverse that is breaking the traditional mold of the perception of metaverse and blockchain technologies. It has incorporated smart contracts into a real world immersive experience with graphics and speeds that are lightyears ahead of anything in the market.