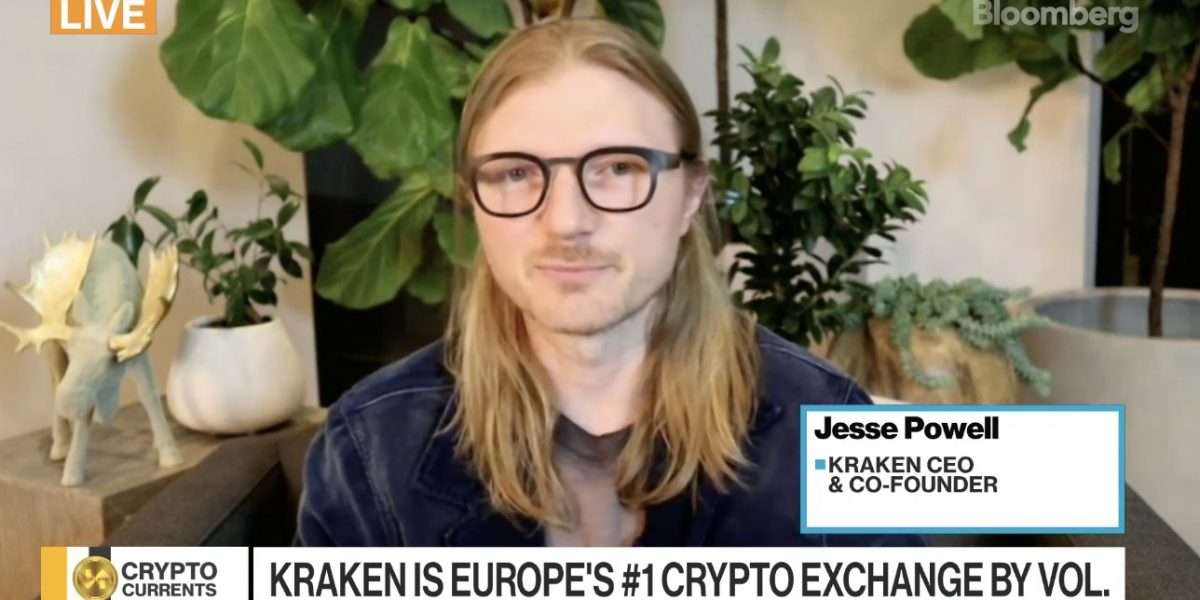 Jesse Powell during his interview courtesy of Bloomberg TV.

Kraken CEO and founder Jesse Powell believes that Bitcoin doesn’t get the credit it deserves when it comes to being green. Powell believes that BTC ‘bootstraps green energy’ and incentivizes more environmental-friendly energy solutions. He further took a dig at Elon Musk, who has been highly critical of BTC’s energy use, claiming that he should do a bit more studying on the concept.

Powell appeared in an interview on Bloomberg TV where he discussed the current market, Bitcoin’s sell-off, Kraken’s continued progress and of course, Elon Musk.

Responding to whether Elon Musk’s comments on Bitcoin’s energy use could affect the market and bring in a new top crypto to replace Bitcoin, he stated:

I don’t see anything replacing Bitcoin at the moment. I think there could be greener alternatives. However, I think Bitcoin is a lot greener than people give it credit for. It’s a way to capture a lot of discarded and lost energy. It’s a way to bootstrap renewables. I think it’s doing a lot for the renewable energy sector.

In a dig at Elon Musk’s criticism on the high energy consumption by BTC miners, Powell stated:

I don’t know how long Elon’s been studying this, but I think he’s got some more studying to do.

Based on what data?

Powell: Only newbies are selling Bitcoin

Aside from Bitcoin’s energy use, Powell discussed the current Bitcoin market. On the current market sell-off, he believes it’s all down due to newbies.

What we’re seeing is that the people who are selling below these levels are people who have actually acquired these assets in the last year or so. It’s people that are swing traders or are new to the market. We see the guys that have been holding for a long time just continuing to accumulate.

Powell mentioned Michael Saylor as one of the best examples that the long-term believers are unmoved by market downturns. As CNF reported, the MicroStrategy CEO is leading a $1 billion stock sale, with some of the money going to BTC. Saylor also established a new subsidiary to manage its BTC holdings.

Kraken has continued to soar in 2021, the CEO revealed. In the first two months of the year, it registered more new users than it did in the entirety of 2020.

So we just see really the beginning of mainstream adoption of crypto.

Kraken boasts of being the largest crypto exchange in Europe. This success is reflected best in its ambition to issue an IPO in the near future.