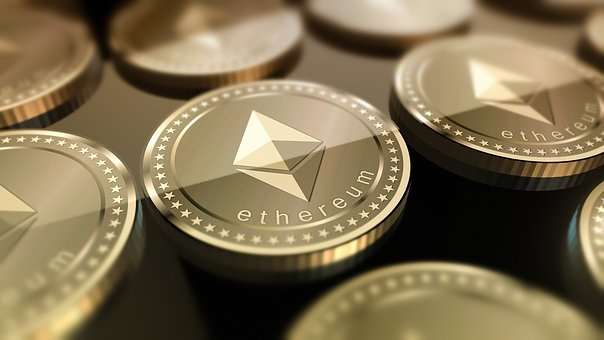 Once an ardent critic of Bitcoin and the crypto world in general, Wall Street giant JPMorgan is now changing tunes! Two JPMorgan analysts are betting big on the Ethereum 2.0 Proof-of-Stake (PoS) developments.

In the bank’s latest report, the analysts wrote that Ethereum 2.0 can kickstart a $40 billion staking industry in the next four years i.e. by 2025. Besides, the two senior analysts noted that the blockchain platforms with energy-efficient networks will continue to gain more popularity.

Just like Bitcoin, the existing Etereum blockchain follows a proof-of-work (PoW) consensus model. However, ETH developers are now actively working on the next iteration – Ethereum 2.0 – which will introduce the staking mechanism through its PoS model.

As per JPMorgan analysts, the PoS blockchain networks are generating $9 billion in annual revenue via its staking holdings. As Ethereum is likely to complete its transition from the existing PoW model to the Ethereum 2.0 PoS model, the analysts noted that it can massively spur the adoption of the PoS mechanism.

Thus, JPMorgan expects the staking rewards to double to $20 billion. The analysts further noted that by 2025, the staking returns will double again to $40 billion.

Competing Against the Traditional Debt Investments

In the report, JPMorgan analysts added that blockchains with the staking mechanism will eat into the market share of traditional debt offerings. They compared the financial rewards of crypto staking to cash and other fixed-income instruments like the U.S. Treasury bonds. The report notes:

Yield earned through staking can mitigate the opportunity cost of owning cryptocurrencies versus other investments in other asset classes such as U.S. Dollars, U.S. Treasuries, or money market funds in which investments generate some positive nominal yield. In fact, in the current zero rate environment, we see the yields as an incentive to invest.

Currently, the combined market cap of PoS tokens is $150 billion. The analysts predict that the rising market of staking yield will make cryptocurrencies a lot more attractive. As per data from StakingRewards, the top ten staking cryptocurrencies by market cap offer anywhere between 3-13 percent annual returns.

Thus, the complete implementation of Ethereum 2.0 could possibly raise ETH staking. The report mentions the positive yields of the PoS network along with the price appreciation of the PoS tokens. It notes:

However, investors should be aware that a consistent positive yield through crypto staking largely depends on market volatility. Thus, if the price of staking tokens goes down, the returns could sink simultaneously. But with increased market participation, the volatility will subside. Thus, staking will become rewarding in the long term.

This month ahead in July, the Ethereum 2.0 mainnet will witness a major upgrade through the London hard fork. All eyes are currently on the EIP-1559 implementation which will change the “base fee” structure of the Ethereum network.

Reportedly, it aims to make the Ethereum network deflationary making transaction costs cheaper. A week back, developers successfully implemented the Ropsten testnet while burning over 88K ETH coins. Ethereum miners have opposed the EIP-1669 implementation as it could reduce the mining revenues.

Crypto News Flash does not endorse and is not responsible for or liable for any content, accuracy, quality, advertising, products, or other materials on this page. Readers should do their own research before taking any actions related to cryptocurrencies. Crypto News Flash is not responsible, directly or indirectly, for any damage or loss caused or alleged to be caused by or in connection with the use of or reliance on any content, goods, or services mentioned.
Cardano Staking Crypto Staking cryptocurrency EIP-1559 Ethereum 2.0 Ethereum 2.0 PoS PoW Proof-of-Stake Staking Yield
Previous ArticleDecentralized liquidity underwriter KUU partners with BENQI to scale DeFi on Avalanche
Next Article Robinhood warns in IPO filing that revenues could be affected by DOGE popularity