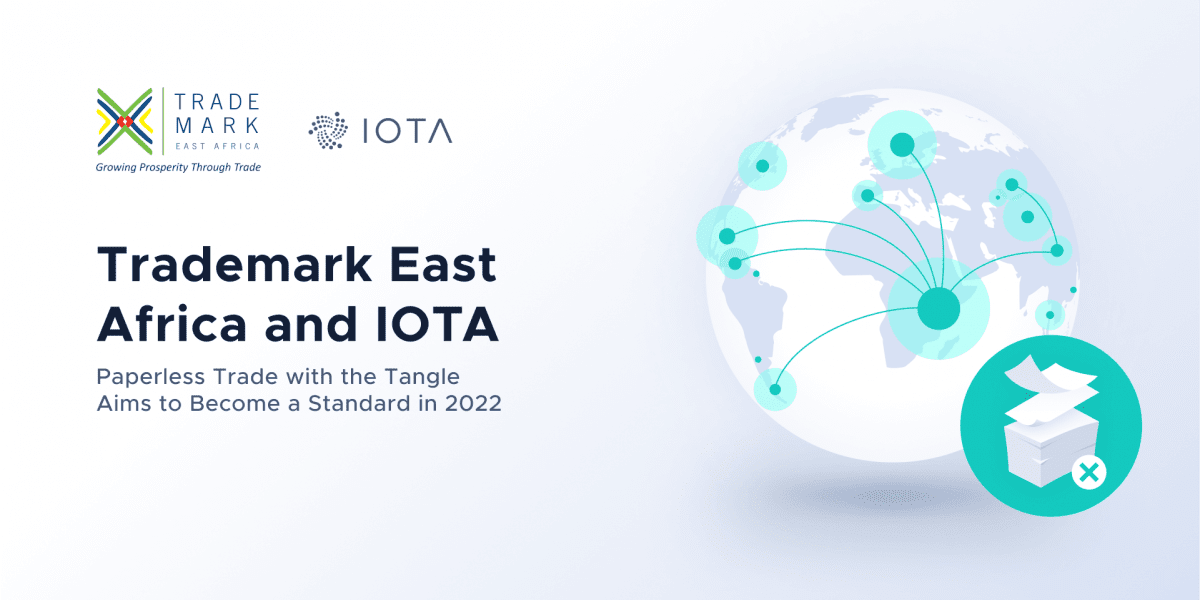 The IOTA Foundation has announced the successful completion of the first phase of its partnership with an East African firm to enable paperless trade in the region. The Foundation joined hands with Trademark East Africa in the project, which sought to replace the cumbersome and costly paper-based processes in the region’s supply chain. It replaced this system with an efficient digital system based on the Tangle, IOTA’s ledger data structure.

The Foundation partnered with the Nairobi, Kenya-based firm to create an interconnectivity technology infrastructure for East African entities to “communicate in a transparent, secure, and instantaneous manner, both amongst themselves as well as with international partners.”

Trademark East Africa (TMEA) is a not-for-profit agency that’s been working to foster the growth of trade in the region. As per its estimates, an African entrepreneur has to fill an average of 96 paper documents for a single transaction. For exporters, the process is even worse. Since they have to share the documents manually, sometimes they lose them and it leads to delays, which are almost always costly.

The IOTA Foundation, together with TMEA, is seeking to change this.

Their first initiative was the Trade Logistics Information Pipeline (TLIP) which focused on the Kenyan flower industry. This industry is one of Kenya’s most critical and among the biggest in Africa. Kenya exports roughly 180,000 tonnes of flowers annually, which translates to about seven million stems daily. With this type of good, it’s absolutely critical to have an optimized and efficient supply chain, as it’s highly perishable.

TLIP has been offering this to the farmers and exporters.

In a press release shared with CNF, it stated, “In the pilot, the IOTA Foundation and TMEA successfully mapped the export process of Kenyan flower farmers, established improved user journeys, and engaged with the technical teams within border agencies.”

Moving the data to the IOTA Tangle was important for several reasons, some of which are the drastic reduction in monetary costs and fast transactions. The participants were also eliminating the risks of lost or inaccurate paperwork.

TLIP brought together several diverse partners, all working to “develop coordinated frameworks of operations which streamline paperless trade processes.” Aside from the producers and the logistics companies, it also involved the regulators since only they could issue certifications for the goods. The Kenya Revenue Authority and the Kenya Plant Health Inspectorate Services were among the most important partners.

With the success of TLIP, the IOTA Foundation and TMEA plan on getting into other trade lanes. These include tea export to the U.K, fish to Belgium and textiles to the U.S. The two partners are also working with the East African governments to implement the system with the border agencies, opening up a world of possibilities to the people of the region.

Jens Munch Lund-Nielsen, the head of Global Trade and Supply Chains at the IOTA Foundation commented:

The technology we use, with the permissionless distributed ledger, is about bringing trust to all these actors at the vital point when they exchange the data. The cost of doing cross-border trade has an enormous effect on the cost of goods, which in turn affects the employment and consumer markets.