The IOTA community project of the week was awarded to AKITA Blockchain Solutions for a prototype for machine payments. As the project description states, the future of the industry lies in machines paying for their own work and in the automated interaction between machines.

According to the developers at AKITA Blockchain Solutions, wind turbines and wind farms, for example, could be automatically paid for the production and delivery of energy by the consumer, also a machine. Subsequently, even the tax payment could be triggered automatically. AKITA has developed such a prototype using the most basic technology. 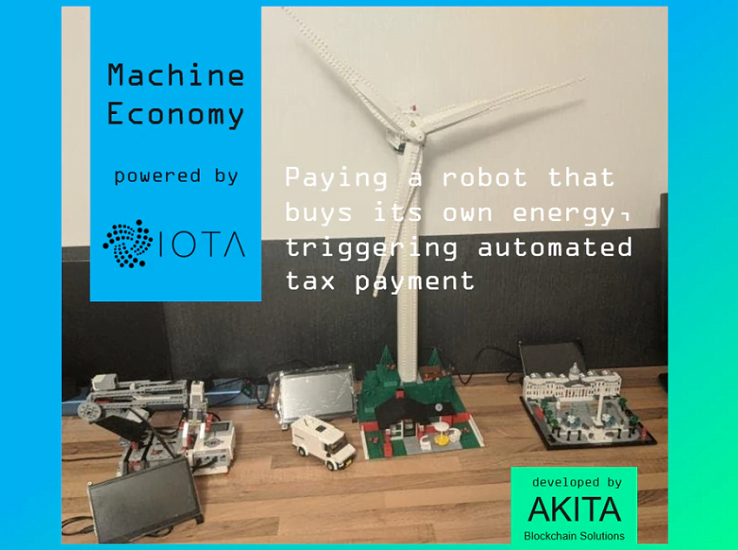 The vision of machine economy could become reality with IOTA’s Distributed Ledger Technology (DLT). The developers of AKITA Blockchain Solutions have developed a prototype for this purpose, which “can be easily replicated even with a beginner/intermediate level” and demonstrates how the IOTA technology can affect “business processes, transaction costs and speed and even process automation”. The developers describe their prototype as follows:

In this simple portable prototype, a robot starts working as soon as he receives payment to its own dedicated machine “bank” account, it requires energy to do the work, that’s why it pays the wind energy supplier, triggering an automated % tax payment to the government.

The aim of the prototype is to “demystify” the Distributed Leger Technology, which is considered to be complicated and difficult to develop, so detailed instructions have been published on how to reproduce the prototype. All it takes to build the prototype are three Raspberry Pi 3 Model B, three flash memory cards (MicroSDHC), three power supplies Micro-USB, three Raspberry Pi 7-inch touch screens including mounting kit, various LEGO technic sets for the wind farm and the consumer station as well as a multi power socket, batteries and a smartphone or laptop.

You, universities and companies can easily rebuild and modify it since we have published the instructions, required hardware, and code open source.

The only software required is Raspberry Pi Raspbian, Node.js, the Trinity wallet, the IOTA Tangle explorer and the core of the solution, the AKITA payment module. It ensures that all necessary functions and connections to the IOTA Tangle are set up immediately after installation and do not need to be installed separately.

The AKITA module handles the generation of an address for incoming payments (plain text and QR code), while the module is connected to the IOTA Tangle via the AKITA machine node. On the Raspberry Pi the frontend is displayed with the attributes machine type, wallet account balance, current action and last transaction. 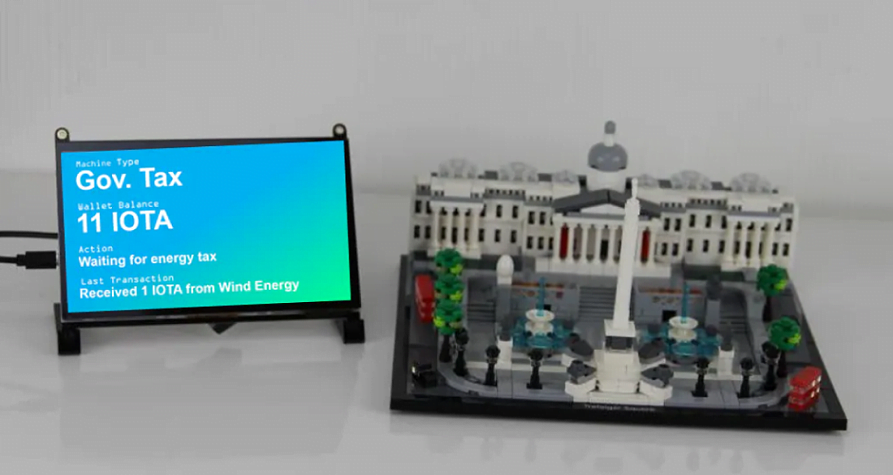 Even though the project is still in an experimental development phase, just like the Tangle itself, the project shows the far-reaching possibilities of IOTA’s DLT. Thus, it ultimately contributes to the acceptance and adoption of IOTA technology by individuals, companies and governments.