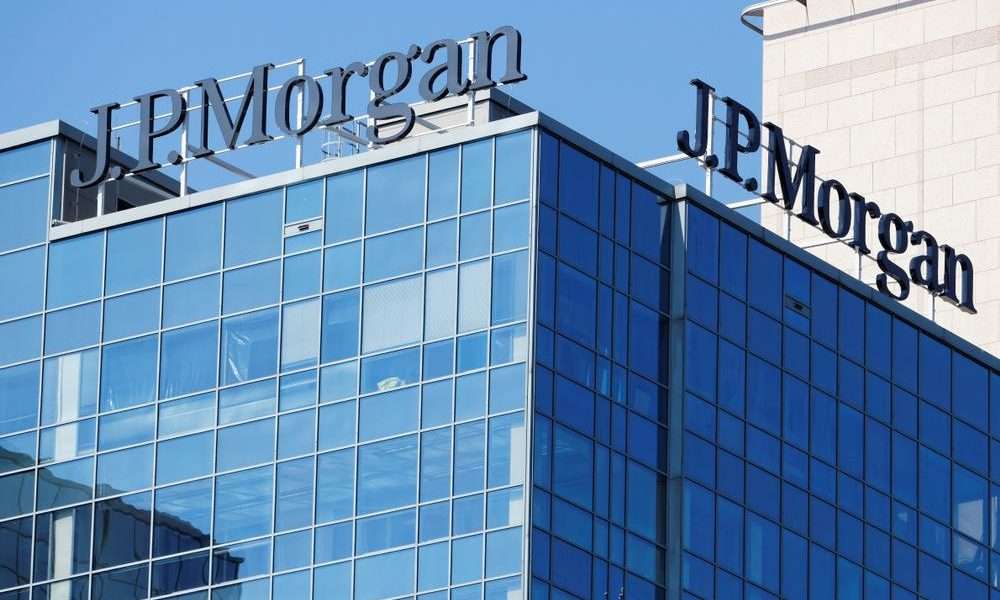 Institutional investors are ditching Bitcoin and reverting to gold, JPMorgan has claimed. America’s largest bank pointed out that following the crypto’s bearish run in the past week, these investors have become jittery and are going back to gold, a more stable store of value. However, despite the market bloodbath, the bank still believes Bitcoin will hit $140,000 in the long term.

Institutional investors have been often been cited as the main drivers of Bitcoin’s rally to its all-time high above $64,000 in April. Wall Street giants have this year begun to look at Bitcoin as a viable investment and have been pouring billions of dollars into the asset. Some like Tesla, Microstrategy and Square have been very public about it.

However, JPMorgan has claimed that this trend may be coming to an end. The bank cited the decline in open interest data in Bitcoin futures contracts on the Chicago Mercantile Exchange. Since the bull market started in late 2020, this was the first time that BTC futures saw a decline in the exchange.

In its note to investors, JPMorgan wrote:

The bitcoin flow picture continues to deteriorate and is pointing to continued retrenchment by institutional investors. Over the past month, bitcoin futures markets experienced their steepest and more sustained liquidation since the bitcoin ascent started last October.

Bitcoin has continued to see a major drop in what has been one of its worst weeks this year. The top crypto dipped to below $32,000 for the first time in months before quickly rebounding. It’s trading at $39,400 at press time as per our data.

Despite the market crash, JPMorgan is still holding onto its $140,000 price target for BTC. The bank made this prediction back in January when the crypto was trading at around $30,000. At the time, it claimed that Bitcoin was crowding out gold as an alternative investment.

JPMorgan still believes Bitcoin can hit this target, though it probably won’t do so in 2021.

In a separate event, JPMorgan’s global head of research Joyce Chang cited the extreme volatility in crypto as the key reason many institutional players are still abstaining from the market. To attract these players, “volatility has to come down. Right now you’re looking at volatility that’s four times that of gold and equities. This makes it prohibitive for a lot of corporate treasuries and institutional investors,” she told Bloomberg.

Despite the pullback, market leaders are unfazed and are urging crypto holders to hodl on. Soona Amhaz, a general partner at Volt Capital, played down claims that the market could crash, stating that this is a routine and natural pullback. Amhaz believes that it’s been caused by new retail traders who sold off their holdings the moment they saw a price drop.

For those of us who’ve been in crypto for multiple cycles, 30 percent dip is just another Wednesday in crypto. It’s a volatile asset class. The thing to remember is that Bitcoin is up 300 percent year-to-date. These are healthy corrections.

Meltem Demirors, the renowned chief strategist at CoinShares, shares this view. She pointed out that traders had highly over-leveraged the market and it was due a retracement. “So, I think this is skittishness. It’s tied to macro. It’s tied to overall markets, tax-day selling. People just get anxious and that’s what we have here,” she told CNBC.