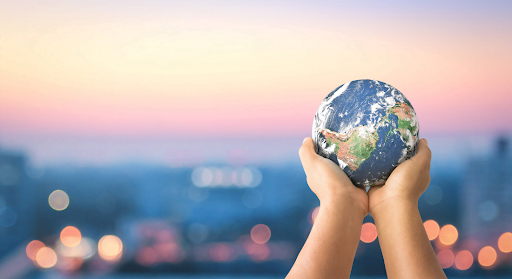 Let’s get straight to the point. The blockchain and DeFi space is still in its infancy. We still have a long way to go to realize the full potential of blockchain. As is the case with any nascent industry, there are hundreds of projects building various components of the decentralized infrastructure.

And no blockchain project can sustain itself in the long run without the support of a thriving community. It’s not just about getting people inside, it’s about winning their trust and making them an integral part of the decision-making process.

Many projects are trying to ensure democratic decision-making by encouraging voting. The DeFi space has seen the rise of Decentralized Autonomous Organizations (DAOs) that are governed by people holding a stake in the future of the project. Communities thrive when power is distributed among all participants.

But some projects don’t wait for the DAO status to behave like a transparent, accountable, and democratic system. Manta Network, a plug-and-play privacy preservation protocol for the Polkadot ecosystem, has set an example for others.

Calamari announced its IDO (Initial DEX Offering) on MISO after securing the Kusama parachain slot. The IDO was scheduled for September 22. In an IDO public sale, a project raises funding by selling its tokens to private investors. The token holders get to participate in governance of the project and have voting rights.

When Calamari asked its community via Telegram, Discord, Reddit, and other channels, the members were visibly divided on whether to hold the IDO event. So, for the sake of transparency and democracy, they put it to a vote to ensure all interested members can together decide the future path of the project.

Unfortunately, the voting was attacked by bots. Developers behind the project discovered that there were about 4,500 votes, but only 4,100 views. The bot attack made it difficult for them to determine what the community truly wanted.

The Calamari team eventually decided to put the IDO event on hold and focus on an even bigger issue: community growth and cohesiveness. The community is more important than raising fresh funding. Whether or when to hold the IDO will depend on discussions with the community.

The blockchain space desperately needs the sort of openness and accountability Manta Network has shown. More often than not, we see bad actors misusing their power to dupe or mislead the community. Bad actors are the reason why people have grown extremely skeptical of new projects.

Blockchain technology lives up to its principles of decentralization, distributed power, and security. But humans behind the projects might not, so there will always be room for further improvement. It’s up to the projects to consistently demonstrate transparency to nurture and sustain a community.

Accountability and openness are two critical factors in the world of DeFi, and both of them depend on the people behind a project. It’s important for investors to look at the price, transaction volume, market cap, and the project’s mission when deciding whether to back a project. But it’s even more important to see how the team behind the project engages with the community and whether they value what the community has to say.