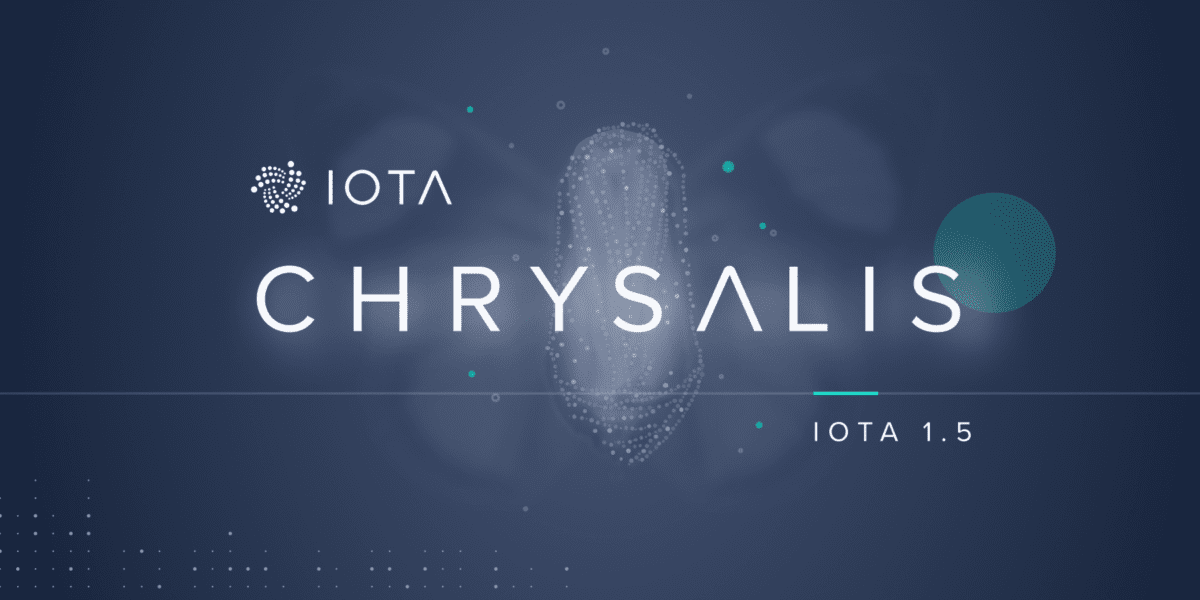 NASA’s Space Shuttle launch countdown used to begin 40 hours before liftoff. That is about where IOTA is in relation to the launch of their new network, Chrysalis. On Monday, the IOTA Foundation reassured the community that the weather looks great, and they are “ALL SYSTEMS GO.” Users can migrate tokens anytime this year, and so far, about $500 million in IOTA tokens have been transferred. For users whose tokens are on exchanges, the exchange will handle the migration.

The ‘best version of IOTA’

This is not simply a new protocol, explained Dominik Schiener on Monday’s AMA. It represents “the best version of IOTA” with reusable addresses, UTXO, programmable transactions, and readiness for several key application layers including streams, identity, access, and smart contracts – all to be added over the coming weeks and months. Schiener encouraged people to be building applications on IOTA since with Chrysalis, the core protocol will be production-ready for any business applications.

Some will argue that this progress may not be as big a deal, especially since IOTA will still have a Coordinator – a node that issues transaction milestones as part of the confirmation process and is a potential single point of failure. Killing the Coordinator, known as Coordicide, is thus critical for IOTA. Hence, within weeks of launching Chrysalis, a Coordinator-free test network – dubbed Nectar -will be coming online.

One community member asked today whether any feedback from Nectar could possibly delay, or even cancel Coordicide on the Mainnet. Schiener emphatically replied, “Nothing will prevent Coordicide.” He explained that the path to Coordicide was backed by very sound theory and research.

We have published dozens of papers on Coordicide, and have already done the first practical implementation in the GoShimmer network, and they have already proven most of the components of Coordicide, including mana which is working very well.

So, what will be the purpose of Nectar?

Nectar will expose the Coordinator-free network to attacks! Bounties will be offered to anyone who can exploit weaknesses within the Nectar network. Daily exposure to attacks is what hardens a permissionless network, Schiener explained. Fundamentally, a network like Bitcoin, Ethereum, or IOTA is more secure than a permissioned network because it is battle-tested every day. There is a huge incentive to attack permissionless networks, and the constant attack exposes any flaws quickly.

Chrysalis will have the protection of the Coordinator, but Nectar will be fully decentralized. It will be trading test tokens rather than real IOTA tokens so that flaws can be worked out before implementing Coordicide on the Mainnet. Research will be done on the Nectar network to ascertain the behavior of the network with more community nodes, and to refine how the reputation system, called Mana, will work “in the wild.”

Mana – the answer to Sybil attacks

Mana is IOTA’s answer to Sybil attacks, wherein a malicious actor could try to gain control of the network by having 51% of the hash power. In a network like Bitcoin, it is very cost-prohibitive to try to acquire enough computing power to carry out a 51% attack as it is protected by Proof of Work. Some blockchains instead use Proof of Stake, where nodes must have a certain quantity of tokens pledged in order to participate in voting. With a network like IOTA, where anyone can run a node and there are no mining fees and no costly work, it seems like a bad actor could create a large number of IOTA nodes and spam the network to slow it down or attempt double spends or other attacks.

Indeed, such attacks are part of why the IOTA network has been redesigned from the ground up. The solution IOTA crafted is unique: a reputation coin awarded to nodes as they do honest work. This token cannot be bought or sold, and it evaporates over time or is lost quickly if a node misbehaves. Anyone can run a node and earn Mana by processing transactions quickly and honestly. Having Mana guarantees a node a percentage of the network’s bandwidth, assuring a business that they can always process their transactions quickly, even in times of congestion.

A node owner can increase Mana by processing more transactions, as well as by holding coins and pledging the mana from their coins to specific nodes. This may lead to businesses investing in IOTA tokens, or “renting Mana” by paying token holders to pledge their Mana to them (useful if the business is unable to hold cryptocurrency but needs more bandwidth).

Since Mana is lost very quickly by not being a helpful, cooperative, altruistic node, any attempt to spam the network, approve double spends, or carry out other attacks will lead to a sudden loss in influence. Hence, even if someone could afford 51% of the network’s hash power, they would not have 51% of the Mana—even if they controlled half the tokens – and whatever Mana they could gain would only be maintained by acting honestly and for the benefit of the network.

In this way, the IOTA network will achieve decentralization without the costly work required in the Bitcoin network or the expensive commitment of Proof of Stake. After testing Nectar over several months, Coordicide will be implemented in the Mainnet around the end of the year. If successful, IOTA will solve the cryptocurrency Trilemma – namely it will be the first decentralized ledger technology that is scalable, feeless, and fully decentralized. In the meantime, the IOTA community is celebrating the impending launch of Chrysalis, where IOTA starts to unfold its wings.

T-48 hours for the launch of the #Chrysalis network.

We are entering into a new era with #IOTA. Are you ready? pic.twitter.com/Msw27xB3Al