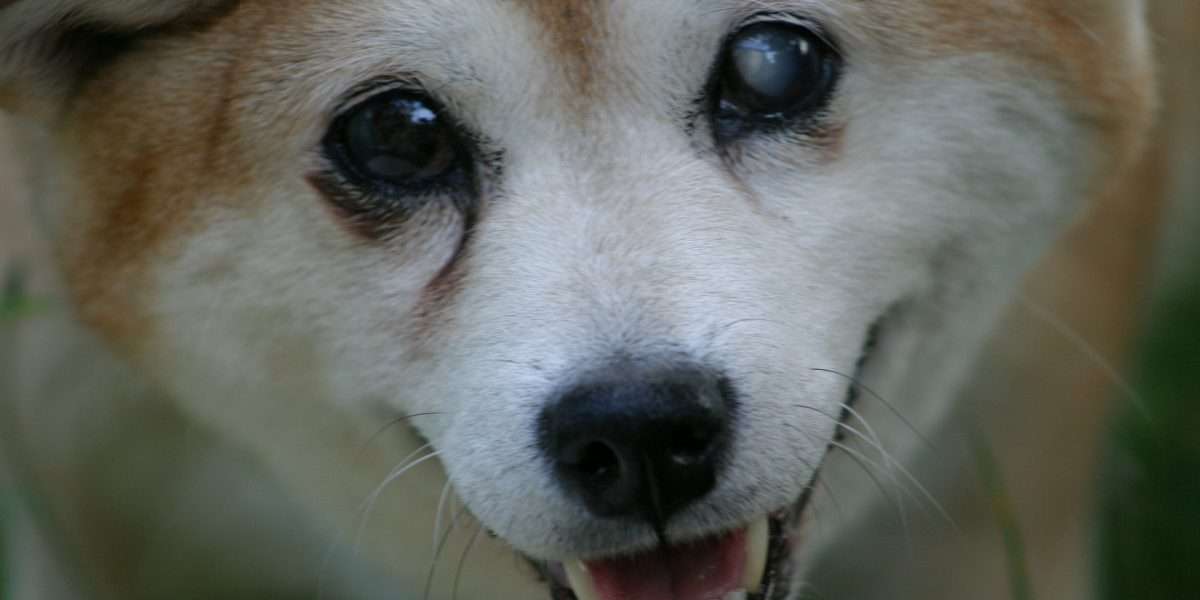 Shiba Inu was once the talk of the town, becoming an even bigger phenomenon than its predecessor Dogecoin. It shot up into the top ten, recording some of the biggest gains in the history of any asset. Then came the crypto dip and it quickly started slipping down the charts. Down by 76 percent from its all-time high, the crypto is quickly losing its appeal and it seems investors are quickly forgetting about it.

At press time, SHIB is trading at $0.00002066, down 6.4 percent in the past day. With a market cap of $11.3 billion, Shiba Inu is the 15th-largest cryptocurrency, ranking five spots behind its predecessor Dogecoin which has an $18.2 billion market cap. 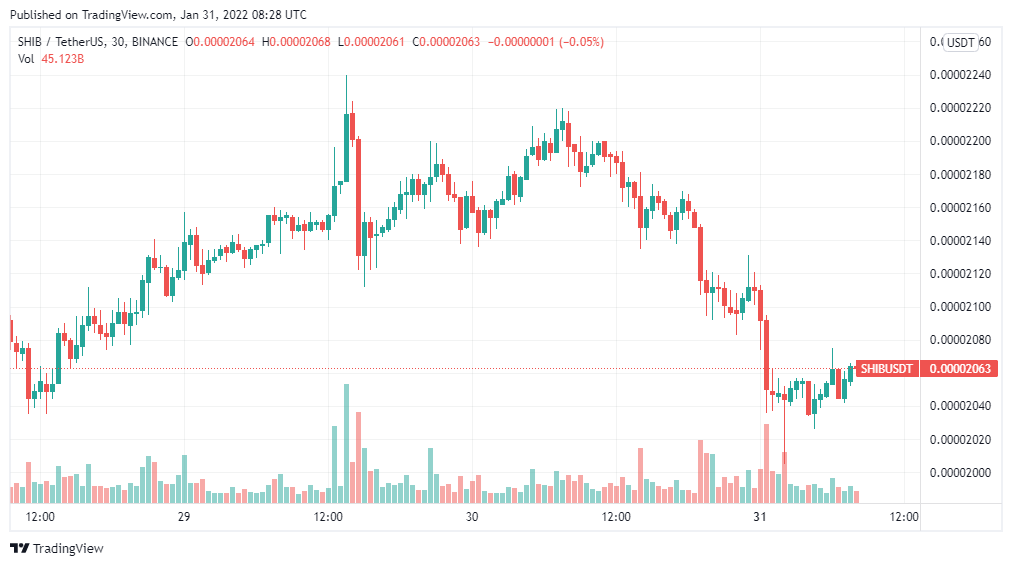 Shiba Inu was last year’s stellar performer in the crypto market. It started the year at $0.000000000133 (yes, those are nine zeros). 2021 would see it grab investors’ attention as the cheaper and even less serious alternative to Dogecoin. Its tactic of looping in Vitalik Buterin by giving him half the supply, which he clearly didn’t want as he later disposed of it, also got investors interested.

But it’s not been as rosy since, and analysts warn it might only get worse for Shiba Inu.

Related: Wolf of Wall Street: Dogecoin and Shiba Inu creators should be sent to prison

Are we past the Shiba Inu meme reign?

Google searches for cryptos have gone down, as it usually does whenever the market goes through a dip. For Shiba Inu, just like its rise was much faster than most, its dip has also been as fast. Shiba Inu searches are down by over 75 percent, Google Trends show. 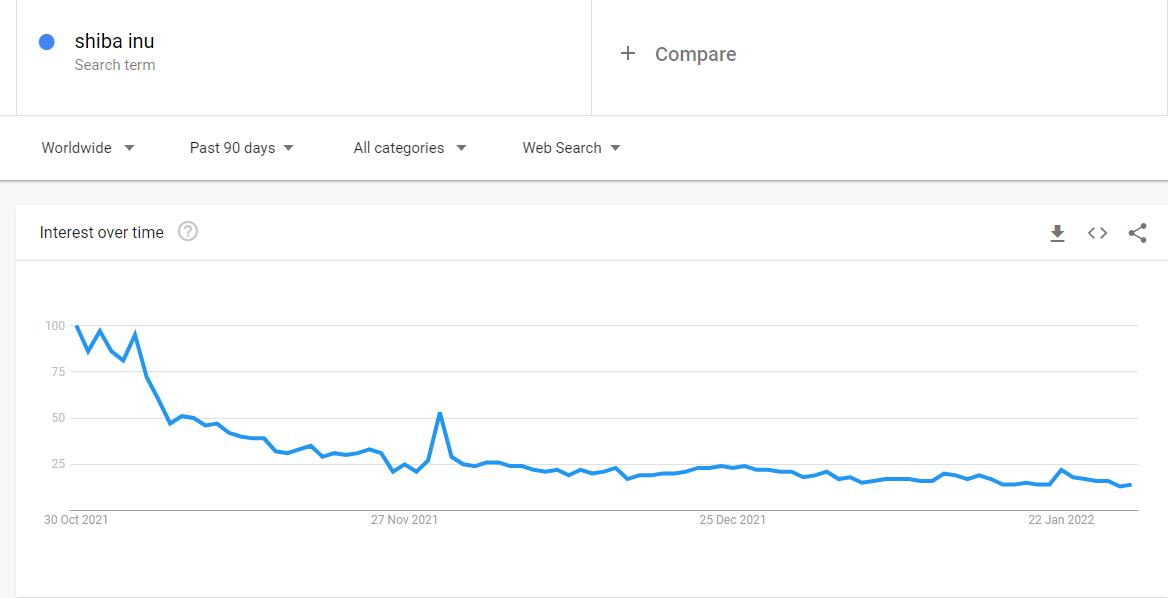 For context, the crypto was once the most popular among searches in the U.S. A study by The Advisor Coach in November last year found that it was the third most popular crypto in the U.S after Dogecoin and Bitcoin. Shiba was the most searched in seven states, including New York and California, ranking just behind BTC which had 10 states.

SHIB holders have long claimed that the token will hit $1 soon, but even this seems like a mere pipe dream. The project has a circulating supply of 549,063,278,876,302 SHIB. If it hit $1 per token, the market cap would be $549 trillion. This would make it the biggest entity in the world, almost 200 times bigger than Apple is.

And then there’s the very significant issue of centralization with Shiba Inu. Raj Kapoor, the founder of the India Blockchain Alliance summed it up:

Away from its centralization, SHIB has struggled for use cases aside from speculation. Even when it has found some utility, it has gone sour quickly, as it did with Ask The Doctor.