The digital asset management firm Grayscale has been a benchmark to measure institutional participation in the crypto market during 2020. However, the firm’s products based on the major cryptocurrencies are also susceptible to regulatory developments.

In that sense, Grayscale has reduced its assets under management for its products based on XRP and XLM. The liquidation of the funds is likely due to a lawsuit filed by the U.S. Securities and Exchange Commission (SEC) against Ripple Labs and its executives for allegedly making an illegal sale of an unregistered security, the digital asset XRP.

Data from the financial derivatives platform Bybt indicates that Grayscale has reduced its position by almost 9 million XRP from December 28 to December 30. During these days the price of the token fell below its support level around $0.25, as shown in the image below, reacting negatively to the SEC’s decision. 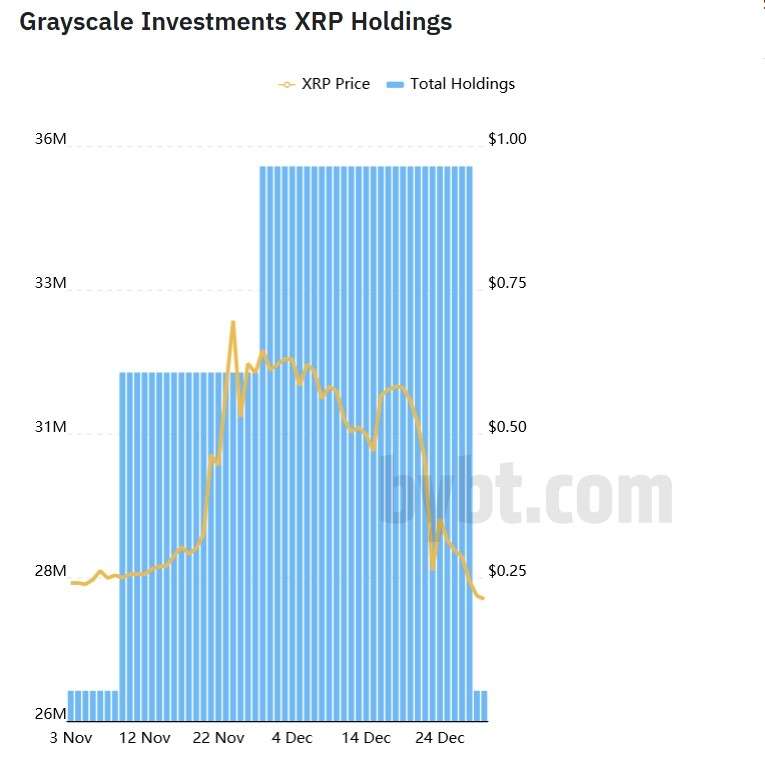 Grayscale’s trust for this asset totals approximately 26 million XRP with an estimated value of $8.9 million. The fund for XLM has seen an even bigger reduction. Grayscale has sold about 9 million XLM during the same period, even though the price of the token has not had a similar drop to XRP. 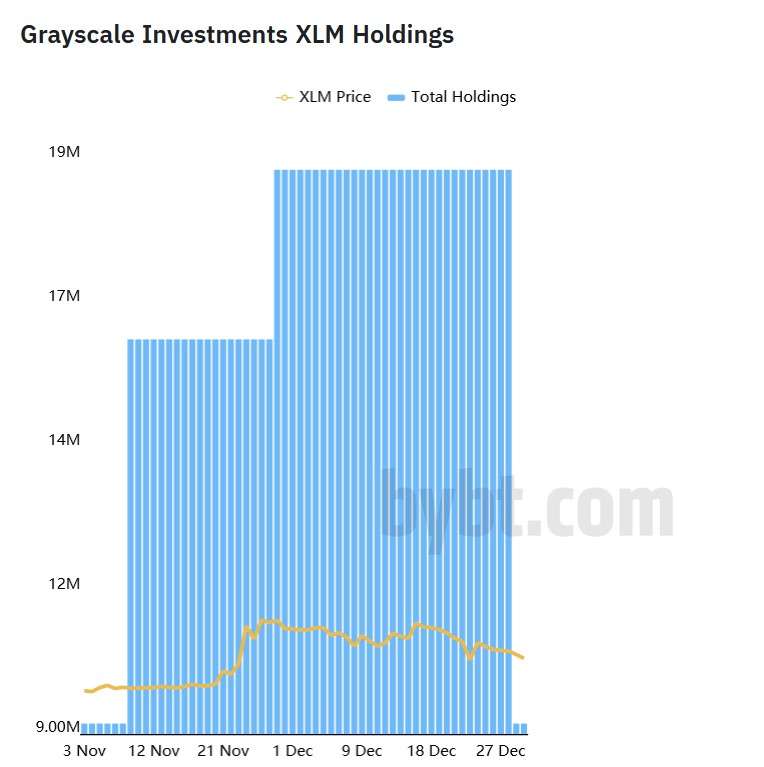 Grayscale’s Stellar Lumens Trust now has a total of $3.6 million in assets under management, according to the firm’s latest update. In comparison, Grayscale has significantly increased its position in Bitcoin. Of the $19.7 billion that Grayscale manages, $17 billion goes to the Grayscale Bitcoin Trust (GBTC).

12/30/20 UPDATE: Net Assets Under Management, Holdings per Share, and Market Price per Share for our Investment Products.

Binance US to remove support for XRP

On the other hand, crypto exchange Binance U.S. will follow Coinbase and other platforms with respect to XRP. As of January 13, 2021, the token will be removed from the platform. Therefore, U.S. users will not be able to deposit or trade with XRP after that date.

As Cinneamhain Ventures partner and analyst Adam Cochran explained, the implications of the SEC’s lawsuit against Ripple Labs could barely be emerging. Cochran believes the case is “bigger than people realize”.

The specialist explained that the SEC considers XRP to be a security regardless of or what entity trades with it. Therefore, the regulator could put pressure on all exchanges that want to maintain their operations within the United States. Cochran added:

That’s huge because the US is a lucrative market and both Binance and Huobi have worked hard to get their foot in the door. And I’m willing to bet they wouldn’t exit the US market just to keep XRP.