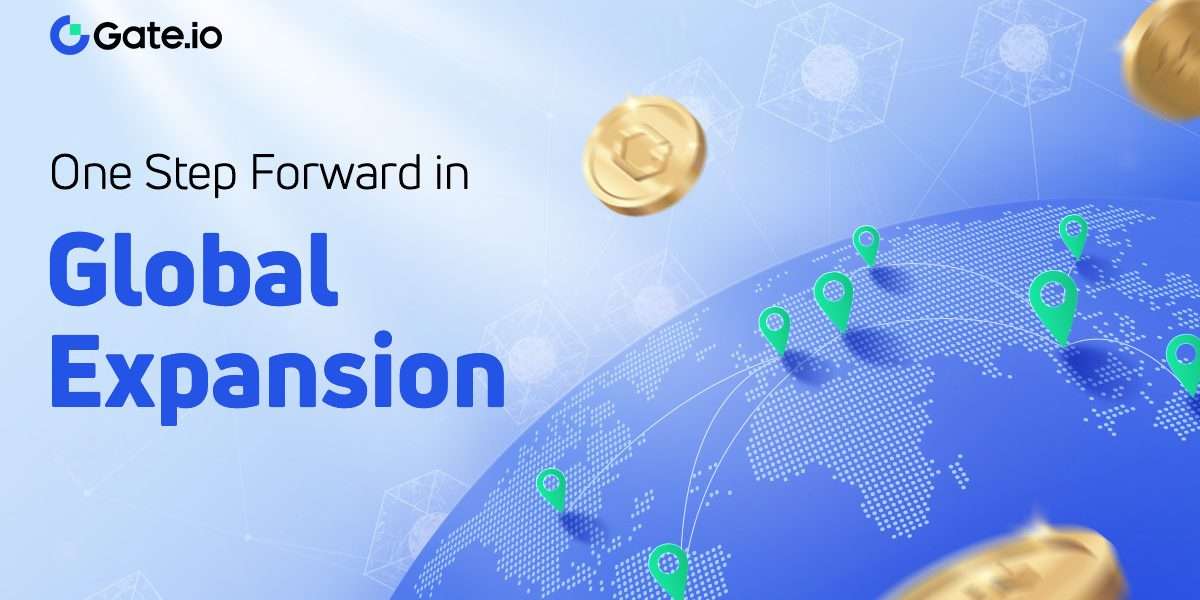 Gate.io, one of the foremost cryptocurrency exchanges, is accelerating its global strategy and, as a result, hiring and expanding operations in several key countries, including Turkey, Japan, Brazil, and others. Regardless of the current state of the market, the exchange is pressing forward in its push to expand globally.

When speaking about Gate.io’s global expansion efforts, Founder and CEO Han Lin said, “We’ve been in the industry for nine years– this isn’t our first bear market. Cryptocurrency and blockchain technology will reshape the digital world, and we don’t foresee anything stopping this. Gate.io will remain steadfast in expanding to reach new users, forge new partnerships, provide accessible services, and help further crypto adoption.”

In May, Gate.io opened offices in Maslak, one of the business districts of Istanbul, Turkey, and has since formed a team to oversee its Turkish operations. Gate.io is already well-known within the country’s crypto community for offering one of the largest asset selections. Going further, Gate.io has also begun strengthening teams in Brazil, Japan, and other countries as a result of a global hiring campaign.

Each country targeted is a crypto hotspot experiencing an increase in new crypto users and areas in which Gate.io has a growing userbase. The expansion effort came as the exchange recently launched a brand overhaul, achieved a new milestone in active user count, and began accelerating its global strategy.

In assessing critical regions to target, Gate.io considers the rate of adoption, the crypto-friendliness of the country and population, and in which countries the rate of new users is the highest. Furthermore, Gate.io is preparing to comply with local regulations and legislative outlooks to ensure current and future compliance. In taking a cautious approach to expansion, Gate.io aims to cement its new operations in the regions.

Gate.io is pursuing corporate and financial partners and preparing to participate in industry events to reinforce its existing region-specific reputations and broaden its partnerships. Additionally, it will adapt services to meet each region’s specific interests and needs, leaving no room for compromise in product quality and services.

The new countries Gate.io is landing in are not limited to the three. However, they are central locations that have been identified as critical steps in globalization. As the exchange launches a global hiring push, more details regarding country-specific expansions will be shared down the road.

Gate.io’s global strategy is expanding and fortifying its presence worldwide. Establishing itself in Turkey, Brazil, and Japan are initial key steps in expanding its reach. Furthermore, its strategy aims to make Gate.io more accessible, offering top-quality digital asset services to more global users and assisting in accelerating mass adoption. It’s doing so with a long-term outlook on the cryptocurrency and blockchain industry, seeing the technology as having immense potential to improve society globally, made apparent by ongoing efforts despite the bear market.

Established in 2013, Gate.io is one of the oldest, leading cryptocurrency exchanges. Gate.io offers most of the leading digital assets and has over 10 million registered users across the world. It is consistently ranked as one of the top 10 cryptocurrency exchanges based on liquidity and trading volume on CoinGecko and has been verified by the Blockchain Transparency Institute (BTI). Additionally, Gate.io has been given a rating of 4.5 by Forbes Advisor, making it one of the Best Crypto Exchanges for 2021. Besides the main exchange, Gate.io also offers other services such as decentralized finance, research and analytics, venture capital investments, wallet services, and more.