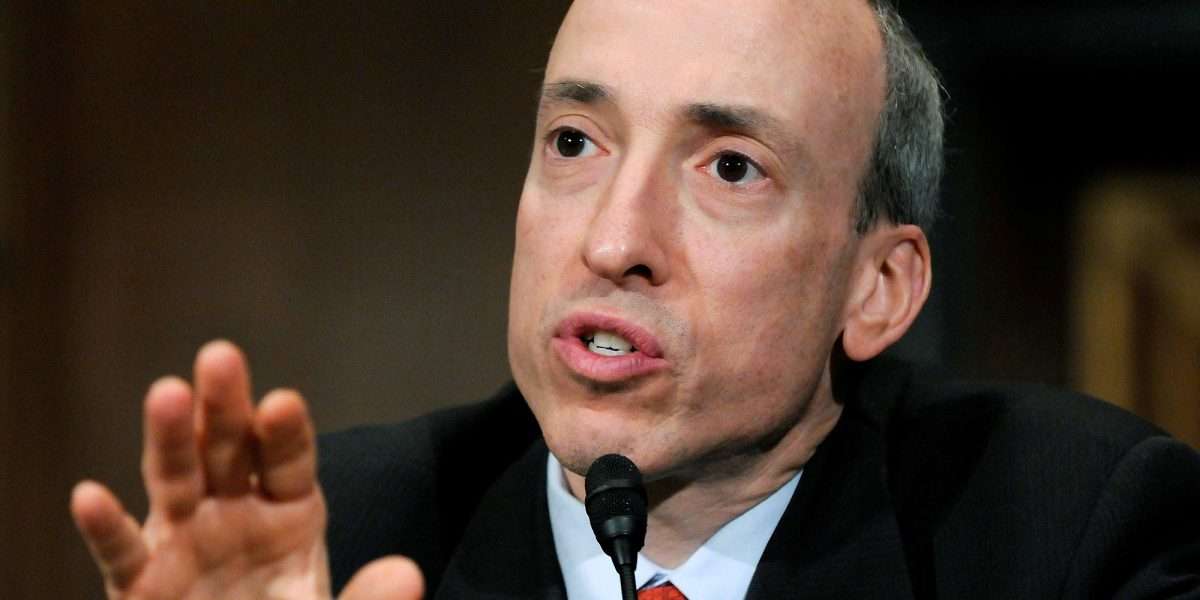 When Gary Gensler took over at the U.S Securities and Exchange Commission (SEC) this year, many in the cryptocurrency community touted it to be the beginning of a new era – one that would spell clarity and prosperity for the nascent industry. However, it’s been anything but. Genser has been just as tough, if not even more so than his predecessor. And as a new report now reveals, Gensler’s hostility, especially towards XRP, started years ago and could have influenced the SEC’s stand against the cryptocurrency even before he took over the leadership.

The report by the New York Post revealed that Gensler met with his predecessor Jay Clayton in 2018. At the time, Gensler was just settling into his new role as a professor at the MIT Sloan School of Management. Ironically, at MIT, he served as the senior advisor to the school’s Digital Currency Initiative, teaching extensively about blockchain technology.

According to Charles Gasparino, the Fox Business reporter who exposed the 2018 meeting, the two leaders talked about how much they could regulate cryptocurrencies at the meeting.

Citing sources who were privy to the meeting, the report claims Clayton and Gensler dwelt on how digital currencies were largely unregulated and a haven for scams. They both agreed that most coins were securities that fell under the SEC oversight.

SCOOP (1/3): In March 2018 @GaryGensler then of @MITSloan met w then @SECGov Jay Clayton to discuss #Crypto regulation, stating @Bitcoin should not be considered a security but the SEC should crack down on other aspects of the biz, sources confirmed to @FoxBusiness. The meeting

Gensler has always been a big fan of Bitcoin, a fact he conveyed during the meeting. According to him, it was the only “true crypto.” This is a belief he has held since before joining MIT and the SEC, back when he was the head of the CFTC, yet another regulator that has dipped its toes into cryptocurrency regulation.

Gensler disliked Ethereum, which at the time wasn’t nearly as big as it is today. He disliked XRP even more, sources revealed. Both, he claimed, were securities that were using jargon and regulatory ambiguity to escape securities regulations.

Gensler has never been shy to admit that he believes the two – Ethereum and XRP – are securities and not currencies. In 2018, he gave an interview to the New York Times in which he claimed:

There is a strong case for both of them — but particularly Ripple — that they are non-compliant securities.

According to those close to the economist, his biggest problem with XRP and Ether are that Ripple and the Ethereum Foundation respectively sold the coins and used the proceeds to build their platforms. This makes them illegal securities.

Three months after the Clayton-Gensler meeting, Bill Hinman went on to give his famous 2018 speech. Hinman, who was the director of the division of corporate finance at the SEC, claimed that BTC and ETH were not securities.

This speech has been the subject of intense legal face-offs between Ripple and the SEC in their ongoing lawsuit. Hinman has claimed that these were personal opinions. However, according to the report, Clayton reviewed the Hinman speech before the presentation, “and provided some reactions.”

And if this in itself isn’t dubious enough, there’s the career advancements of the two – Clayton and Hinman – after leaving the SEC. As CNF reported Clayton now works with an organization that manages billions of dollars worth of BTC. The firm, known as One River Asset Management, has even applied for a Bitcoin ETF, which ironically, Clayton repeatedly turned down when at the helm of the SEC.

Hinman, on the other hand, is an adviser to Simpson, Thatcher and Bartlett, a member of the Enterprise Ethereum Alliance, which seeks to advance the growth of the Ethereum blockchain.

Is the SEC picking the winners and losers?

Just about a year ago, there were three top cryptocurrencies – Bitcoin, Ethereum and XRP. While the other altcoins were coming up quite remarkably, these were the three to watch. The SEC’s lawsuit against XRP dismantled this trinity, bringing devastating losses to XRP, and since then, it has yet to recover.

XRP is the only cryptocurrency in the top 10 to not hit an all-time high in this year’s bull run.

Gasparino believes that the SEC is picking winners and losers, and at the moment, it’s skewed against XRP and for Bitcoin. The top cryptocurrency recently had an ETF approved, indicative that the SEC is fully onboard with the coin, he observed.

Ethereum held an ICO, why aren’t they [SEC] going after them? It’s just a weird regulatory thing that they’ve got going on here. I think it’s time Congress steps in if this [the blockchain industry]is worth saving. The Internet was worth saving.

Crypto News Flash does not endorse and is not responsible for or liable for any content, accuracy, quality, advertising, products, or other materials on this page. Readers should do their own research before taking any actions related to cryptocurrencies. Crypto News Flash is not responsible, directly or indirectly, for any damage or loss caused or alleged to be caused by or in connection with the use of or reliance on any content, goods, or services mentioned.
Gary Gensler Jay Clayton SEC XRP
Previous ArticleBitcoin ransomware payments amount to a whopping $5.2B says the US Treasury Department
Next Article Brazilians have bought $4B in crypto this year, as one toddler makes 6,500% gains on BTC holding