The investment firm Fundstrat Global Advisors has published a report on the current state of Bitcoin and its outlook for the coming months. The report was released yesterday, March 19, when the BTC price was rising. Since then, BTC has meanwhile achieved a 21% profit to around 6,900 dollars. The community began to speculate about a decoupling of Bitcoin from traditional markets such as the S&P 500.

The increased volatility is consistent with a Chainalysis report. The research firm stated that uncertainty surrounding the COVID-19 pandemic has negatively affected the crypto market and makes it difficult to predict its behavior. In that line, Fundstrat analyst Rob Sluymer stated (freely translated):

The crypto breakdown over the past week mirrored the ‘get me out of everything’ panic that dominated all asset classes, whether they were defensive (bonds and gold) or not (equities). Lower highs and lower lows are in place for Bitcoin, leaving in a compromised, potentially vulnerable longer-term profile.

As can be seen in the following graph, volatility has increased since the beginning of March. BTC had one of its worst crashes on March 12 when Bitcoin’s price fell from about $8,000 to $3,700. 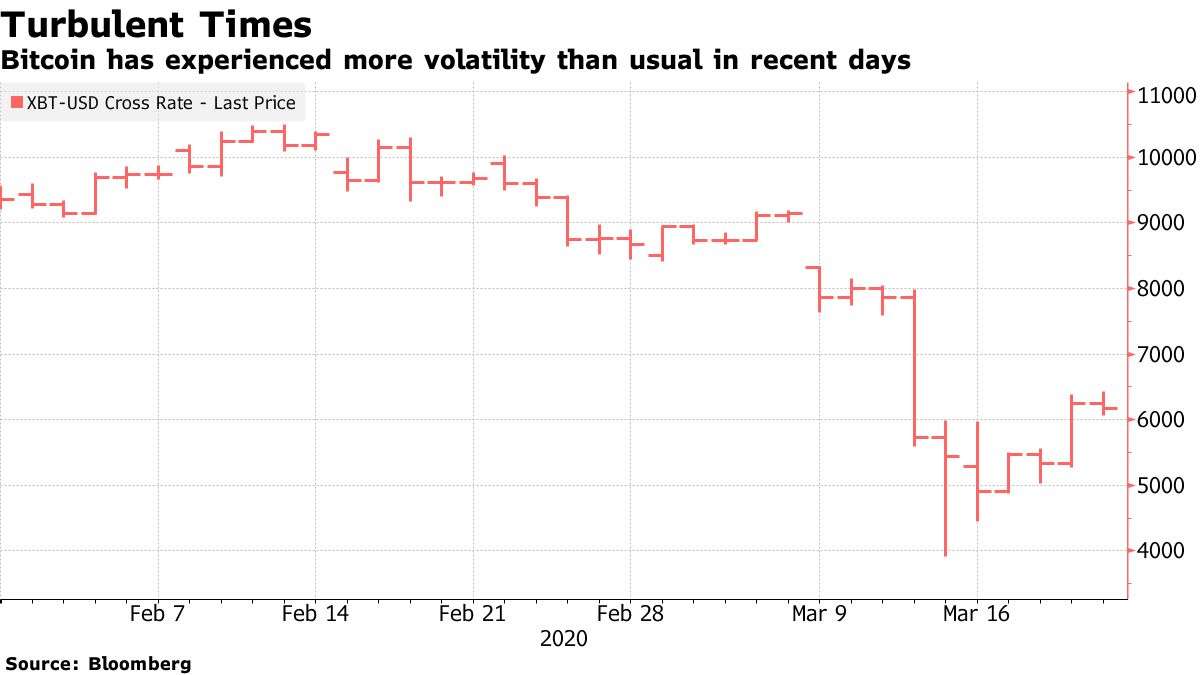 However, the Fundstrat analyst also finds a reason to be optimistic. Bitcoin has managed to stay above its 200-week average, according to Sluymer:

For now, technically we will again give Bitcoin the benefit of the doubt that it is attempting to bottom but recognize Bitcoin will likely need months of consolidation to repair the technical damage now in place. 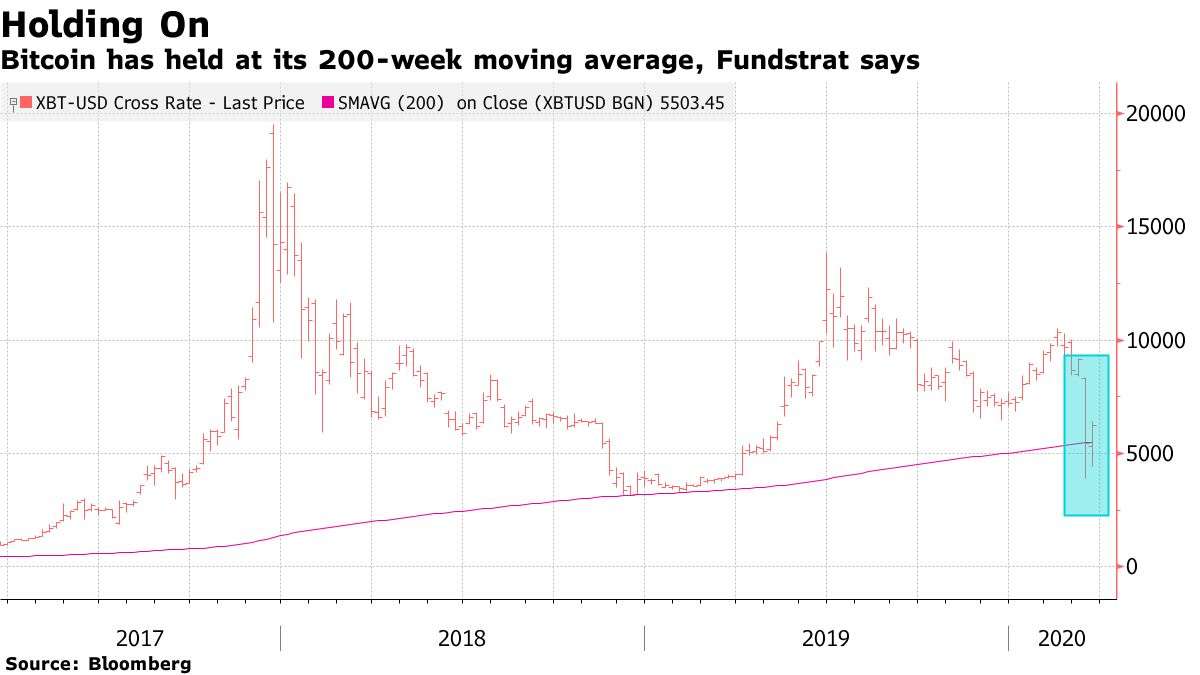 On the other hand, according to Vijay Ayyar, head of business development at the exchange Luno, the graph indicates that there was a great demand for BTC under $5,000. According to Ayyar, this indicates that below this mark there has been “an exhaustion of sellers”. In addition, he referred to the capitulation of mining operations and the reduction in Bitcoin’s hash rate:

These prices were potentially below running cost for many miners, and we’ve seen hash rates drop. Miners are also better off just buying Bitcoin at such prices so there could be that aspect as well.

Bitcoin’s hash rate has recorded its lowest levels within the last 3 months and on March 19 it stood at 82.2 TH/s. The next Bitcoin Halving could increase the number of capitulations. Ayyar said that as Halving approaches, the BTC could drop and find a price range between $3,000 and $6,000. Ayyar added:

This is classic redistribution and would be very healthy for future Bitcoin price action and if we were to have bullish momentum going forward.