Bitcoin (BTC) has had one of the best monthly performances in its history. Against some analysts’ predictions, the cryptocurrency has stayed above $19,000 and seems to be gaining momentum to make a bigger move upwards. Meanwhile, BTC adoption continues at high levels.

Microstrategy’s CEO Michael Saylor has announced a new purchase of 2,574 BTCs for $50 million. This is in accordance with the company’s treasury reserve policy announced in August of this year. The Nasdaq-listed company currently has nearly 40,824 BTCs that it has acquired in various purchases.

The largest acquisition was 21,454 BTCs for $250 million. As the chart below shows, since the announcement of its change in treasury policy and the purchase of BTC, MicroStrategy shares (MSTR) have performed positively. Nasdaq data places each MSTR share at an all-time high of $328 per share. 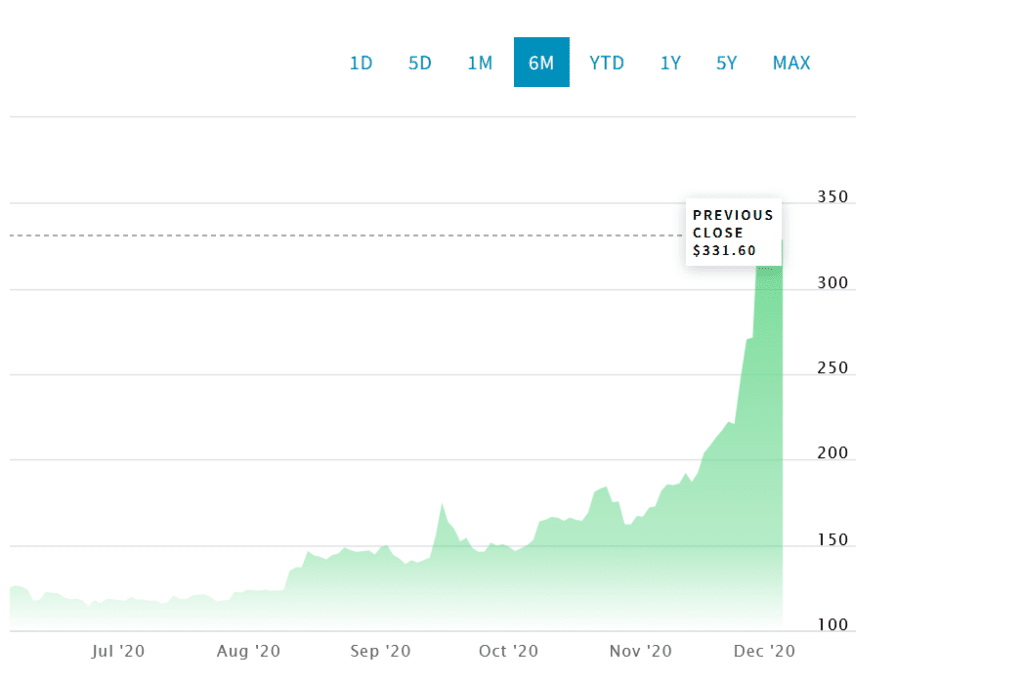 Saylor’s most important revelation is that the purchase was made near Bitcoin’s all-time high of $19,427. This was reported to the Securities and Exchange Commission by the company’s Senior Executive Vice President, W. Ming Shao in a document introduced on December 4.

This helps keep Bitcoin’s price at its current levels, allowing it to consolidate to make the jump to new all-time highs. Analyst Willy Woo has also determined that the adoption of Bitcoin is increasing and has outpaced the growth of other technologies. Woo said the following and share the image below:

The adoption curve of Bitcoin is faster than any other global infrastructure rollout before it. It’s growing faster than the rollout of the Internet, mobile phones, and easily faster than “virtual banking” players like PayPal. 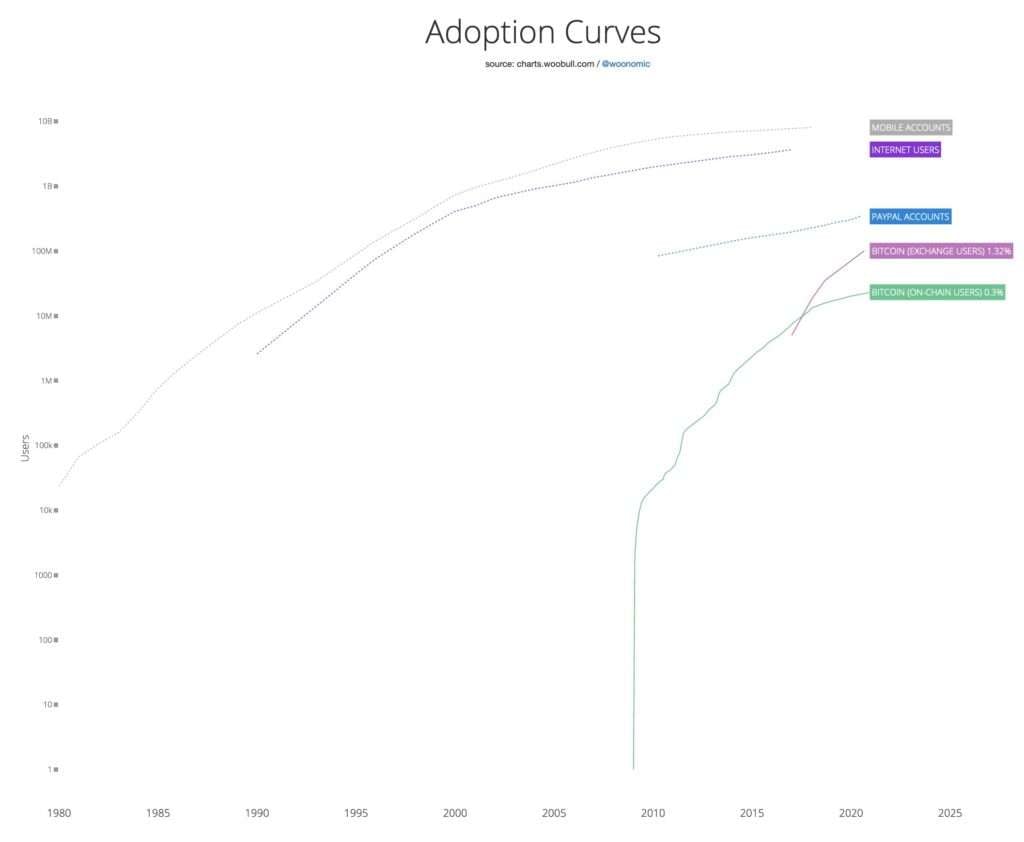 MicroStrategy’s policy, as revealed in various documents and according to its CEO, is a corporate decision to protect its cash reserve from dollar inflation. The company determined that by keeping part of its earnings in dollars, they would have a percentage loss greater than 15%. Therefore, they chose to allocate these assets in BTC because of its safe haven characteristics.

MicroStrategy has purchased approximately 2,574 bitcoins for $50.0 million in cash in accordance with its Treasury Reserve Policy, at an average price of approximately $19,427 per bitcoin. We now hold approximately 40,824 bitcoins.https://t.co/nwZcM9zAXZ

In addition to being one of the companies that has adopted Bitcoin at the institutional level, MicroStrategy works to contribute to the development of the cryptocurrency. In addition to running its own Bitcoin node, the company has made its purchase strategy public so that other companies can follow in its footsteps.

MicroStrategy was the first in a series of institutional purchases that have boosted the cryptocurrency to its current price. MicroStrategy’s CEO has revealed that he personally owns 17,732 BTCs. Saylor bought his funds for an average price of $9,882.