Canadian businessman and TV personality Kevin O’Leary has weighed in on the debate surrounding Ethereum’s potential to stage a massive breakout.

Speaking recently on CNBC’s Make It, O’Leary described Ethereum as an asset that has its own unique usefulness but is forever condemned to be the silver to bitcoin’s gold.

It will be recalled that on April 29, Crypto News Flash reported that Ethereum has recently managed to buck the traditional trend of crypto market movement which closely tracks Bitcoin. While Bitcoin has lost 6 percent over the past week, settling around $56,000 from an all-time high of $64,000, Ethereum has surged 50 percent over the same period. 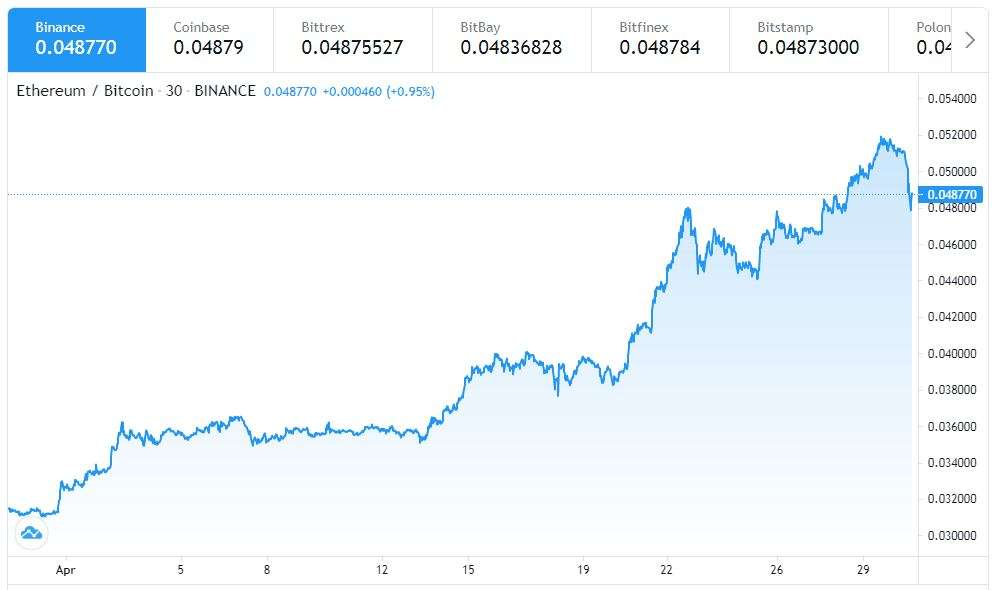 A JP Morgan note published on April 27 caused great excitement in Ethereum circles because it appeared to hint at a possible long-term market leadership flip from Bitcoin to Ethereum. According to the report, Ethereum’s performance is down to greater demand for its utility, largely driven by its outsized role in DeFi and NFT spaces.

A technical analysis even suggested that $3,000 is in view for the king of altcoins. JP Morgan’s position predictably sparked a wave of triumphalism within Ethereum communities across social media. Some now believe that Ethereum is a long-term successor to bitcoin, which is seen as limited and overexposed to liquidity shocks and derivatives markets.

Bitcoin is for people who haven't discovered Ethereum

Not all plain sailing for Ethereum

While Ethereum crests its ongoing wave, some analysts, however, believe that it is not yet time to elevate it to the status of a bona fide challenger to bitcoin. The reasons given are that the number of active addresses on the Ethereum network is not growing, and the trading volume at least in the short term is also not growing.

Others have pointed out that regardless of the market shocks that bitcoin is prone to because of its relatively limited utility, the amount of money flowing into bitcoin is in fact still growing. Speaking on Make It, O’Leary aligned with this point of view, categorizing Ethereum as competent, but ultimately an also-ran.

Some reasons to remain bullish on #Bitcoin

2) Miner sell pressure is very low, not filling this gap

IMO this dip is mostly a technical correction, not fundamental pic.twitter.com/WKT2ziD4Ts

Making the comparison between the long term outlook for Ethereum against Bitcoin, he said:

It’s always going to be number 2. It’s going to be Best of the Beatles – the drummer that never made it into the band for the big albums. And that’s not a bad thing necessarily. What it means is that it is going to be used as a form of tracking and payment system.

David is a writer, investigative journalist and broadcaster whose work has appeared on CNN, The Africa Report, The New Yorker Magazine and The Washington Post. His work as a satirist on 'The Other News,' Nigeria's answer to The Daily Show has featured in the New Yorker Magazine and in the Netflix documentary 'Larry Charles' Dangerous World of Comedy.' In 2018, he was nominated by the US State Department for the 2019 Edward Murrow program for journalists under the International Visitors Leadership Program (IVLP). In February 2021, he won the People Journalism Prize for Africa 2020. He tweets at @DavidHundeyin