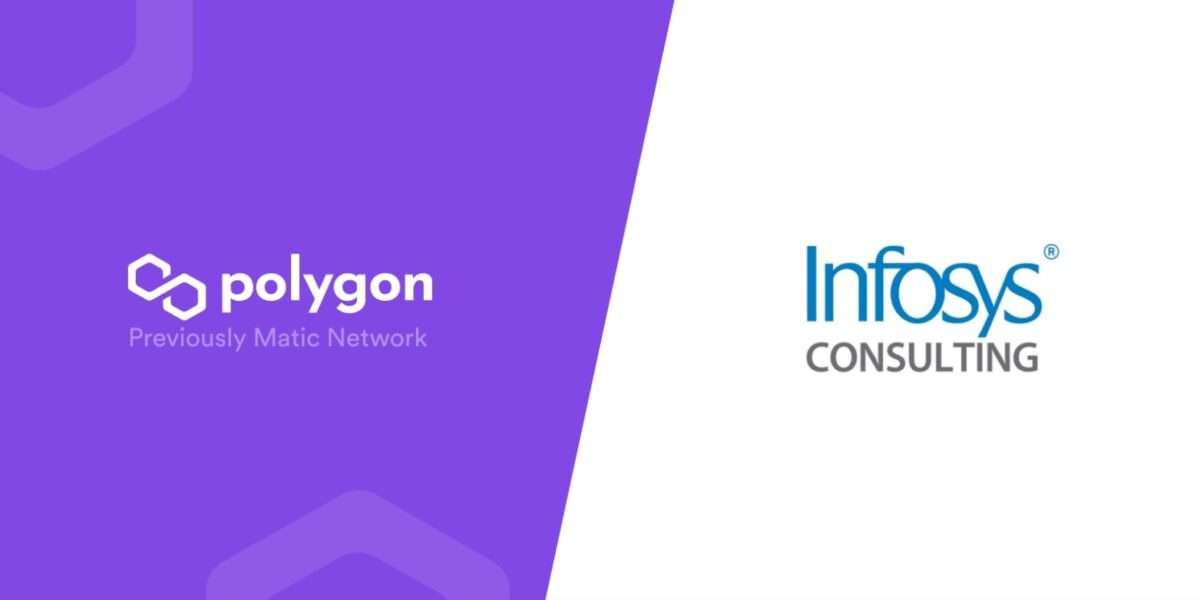 Polygon, one of the most promising layer 2 solution for Ethereum, announced yesterday a push into the enterprise blockchain ecosystem to make non-fungible tokens (NFTs), decentralized finance (DeFi) and decentralized insurance solutions a reality for large enterprises and corporations around the world. To this end, Polygon is entering into two collaborations at once, one with Trace Network, the other with Infosys Consulting, a publicly traded company.

The collaboration with Trace Network aims to bring the latest innovations in the crypto ecosystem to enterprise use cases by leveraging Polygon’s scalable layer 2 infrastructure. It also aims to address the key problem of blockchain’s lack of connectivity so that enterprises can unlock all the benefits of blockchain solutions on their own terms.

“Partnering with Polygon, gives us perfect infrastructure as it’s compatible with Ethereum code base hence enable us to serve the global businesses efficiently whom we are aiming to help step up their technology stack powered by Trace network’s NFT based Defi protocol” said Lokesh Rao, co-founder and CEO, Trace Network.

“Private blockchains are attractive for enterprises due to the degree of control they provide, but they lose most of the true benefits of blockchain by doing so,” said Sandeep Nailwal, COO and Co-Founder of Polygon. “Reconciling these issues requires a hybrid approach, where private blockchains are able to interface with public networks, where most of the activity lies. This is what Polygon was designed to do.”

Polygon announces a proof of concept with Infosys Consulting

Further, Polygon has announced a proof-of-concept “M-Setu” that has the potential to revolutionize the trillion-dollar insurance industry. Its is a hybrid blockchain that aims to provide the benefits of both public and private blockchains. Insurechain, an application of M-Setu, is also expected to radically simplify the process of porting policies between different providers.

In doing so, Polygon’s technology enables Insurechain to communicate with the public blockchain world as well as access an interoperable network of high-speed blockchains and layer 2 solutions such as Plasma and Rollups, which creates an interoperability layer between insurance providers and ensures the porting of policies across blockchain infrastructure.

2/ 📤 InsureChain is the first application built on top of the M-Setu bridge that showcases the ease of porting an insurance policy from one provider to another. Demo: httpss://t.co/vj8QhyC0rA

Over the next few weeks, we will announce more use-cases in insurance related to KYC/AML, claims settlement, reinsurance, fraud mitigation, and peer-to-peer insurance all on the blockchain, powered by M-Setu and Polygon-grade txns.