For the past year, the cryptocurrency community has been eagerly awaiting the controversial Ethereum Proposal Improvement (EIP) 1559 to be implemented. And it hasn’t disappointed. Despite a brief dip immediately following the implementation of the EIP, the Ethereum price has been on a roll. ETH is now trading at $3,110, up 20 percent in the past week alone. The question for traders now is whether this is the right time to jump in and ride the wave or if it’s approaching the top. While predicting a cryptocurrency’s price is still a fool’s errand, here are three things to consider:

One of the metrics that analysts use to judge just how close to a top any cryptocurrency is is how many addresses are in the profits. To break it down, this looks at “if a wallet sold the Ether it has, would it sell at a profit?”

For Ethereum, this indicator spells a heightened risk of a sell-off. As Lex Moskovski observed, over 96 percent of all ETH addresses are in the money. This is a ‘red zone’ in which traders can decide to take profits and lead to a price capitulation. 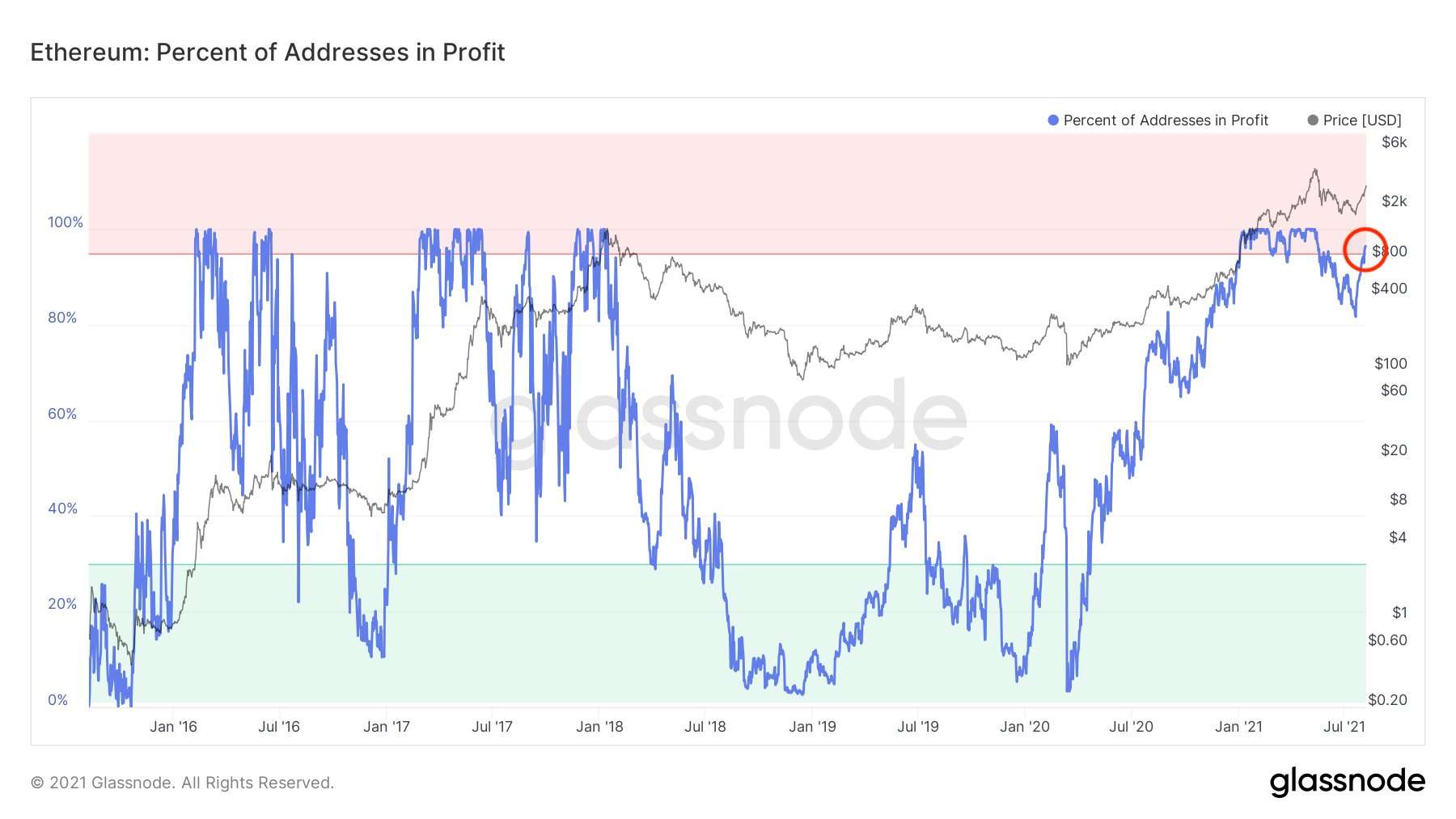 However, Lex, who is the chief investment officer at Moskovski Capital, believes we might stay at this top for a while.

In addition, it’s worth noting that the last time Ether addresses were at such a high profitability rate was when the cryptocurrency was at $800. This was before ETH took off to hit $4,300, over five times higher.

The next metric doesn’t make buying Ethereum look any better. ETH’s relative strength index (RSI) is just as bearish. It shows that the digital asset is in an overbought area.

For traders, the RSI is a critical metric as it tells them what is next for any asset, i.e whether it’s likely to bring in more buyers or if holders are likely to dump. Any asset whose RSI value is over 70 is at an overbought level. This indicates to traders that it may be time to sell the asset.

As of press time, TradingView shows that Ethereum’s RSI is at 77. This is a cue to sell the asset. And while by itself this indicator isn’t definitive, it’s still worth noting. 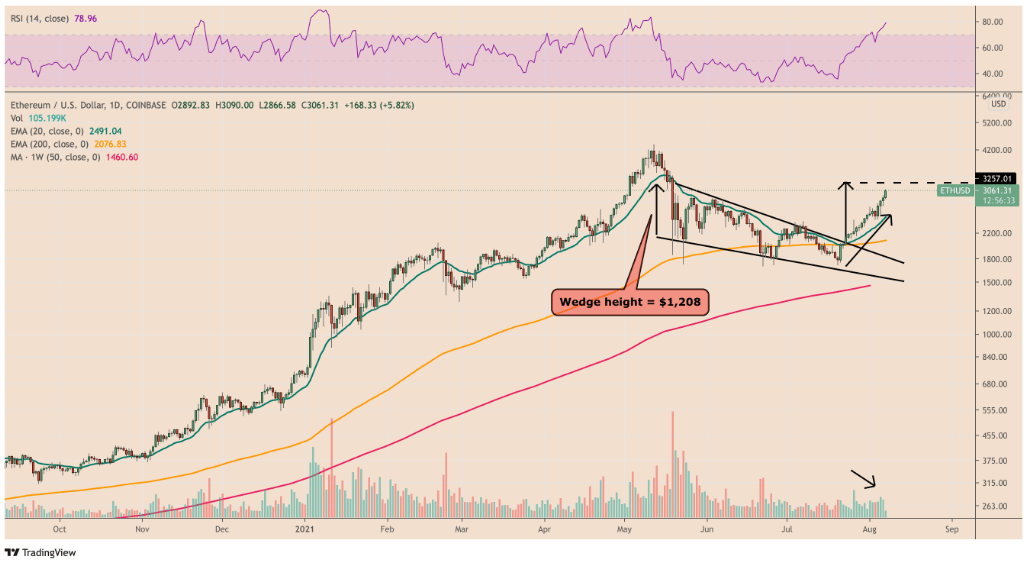 No analysis of Ethereum’s price is complete without diving into the effect that EIP-1559 has had. The proposal was so significant that it threatened to break up the Ethereum community, with miners vowing at one time to stage an attack on the same network they have been helping secure for over half a decade.

The response by the miners was justified, however. This is because this EIP threatens them – in fact, it makes them irrelevant to the network, with stakers now in charge of validating new blocks.

For traders and speculators, the specifics of the network security may not be the most significant aspect, however. For them, the effect on the ETH price is more important. And as we’ve seen in the days since it went live, EIP-1559 may be a godsend.

The EIP burns some of the ETH that’s paid as fees, decreasing the Ether supply and making the network deflationary. Vitalik Buterin once quipped that this would make Ethereum “ultrasound money.”

In addition to making Ether deflationary – and consequently increasing its value as supply dwindles – the EIP has another significant effect, i.e making Ethereum much more attractive to hold. Any Ether holder with at least 32 ETH can stake it and earn annual yields. This will encourage more people to hold their ETH as opposed to making some quick gains from trading.