Ethereum’s price performed strongly in 2020, driven largely by the recent launch of ETH 2.0 Phase 0. According to Messari analyst Ryan Watkins, 2021 could even surpass the previous year, as ETH was able to overcome important resistances and thus has a strong starting position. In addition, Ethereum could have a similar appeal to institutional investors in 2021 as Bitcoin did in 2020, which could act as a strong catalyst for ETH and send the price toward a new all-time high, Watkins said.

2021 prediction: In 2021 we begin seeing institutions buy ETH Once you accept that Bitcoin may be valuable, it opens your mind to the possibility that other cryptoassets may also be valuable. It’s a much easier jump from BTC to ETH from there.

Furthermore, Ether (ETH) futures on the Chicago Mercantile Exchange (CME), which are set to launch next year, will be a strong boost for the market, Watkins noted:

CME futures is the writing on the wall. They wouldn’t launch an ETH product if there wasn’t any demand for it.

Prominent trader “Cactus” is also bullish on ETH, stating that the fundamentals for Ethereum look strong. In his opinion, there are no resistances either strong to prevent a new all-time high next year:

This chart nearly 2 months old now, feel fun tracking this and watching PA play out of the macro term, very bullish going into 2021. Expecting ETH to break ATH next year… Current macro trend I see no reason to be bearish and honestly I feel very bullish HTF. 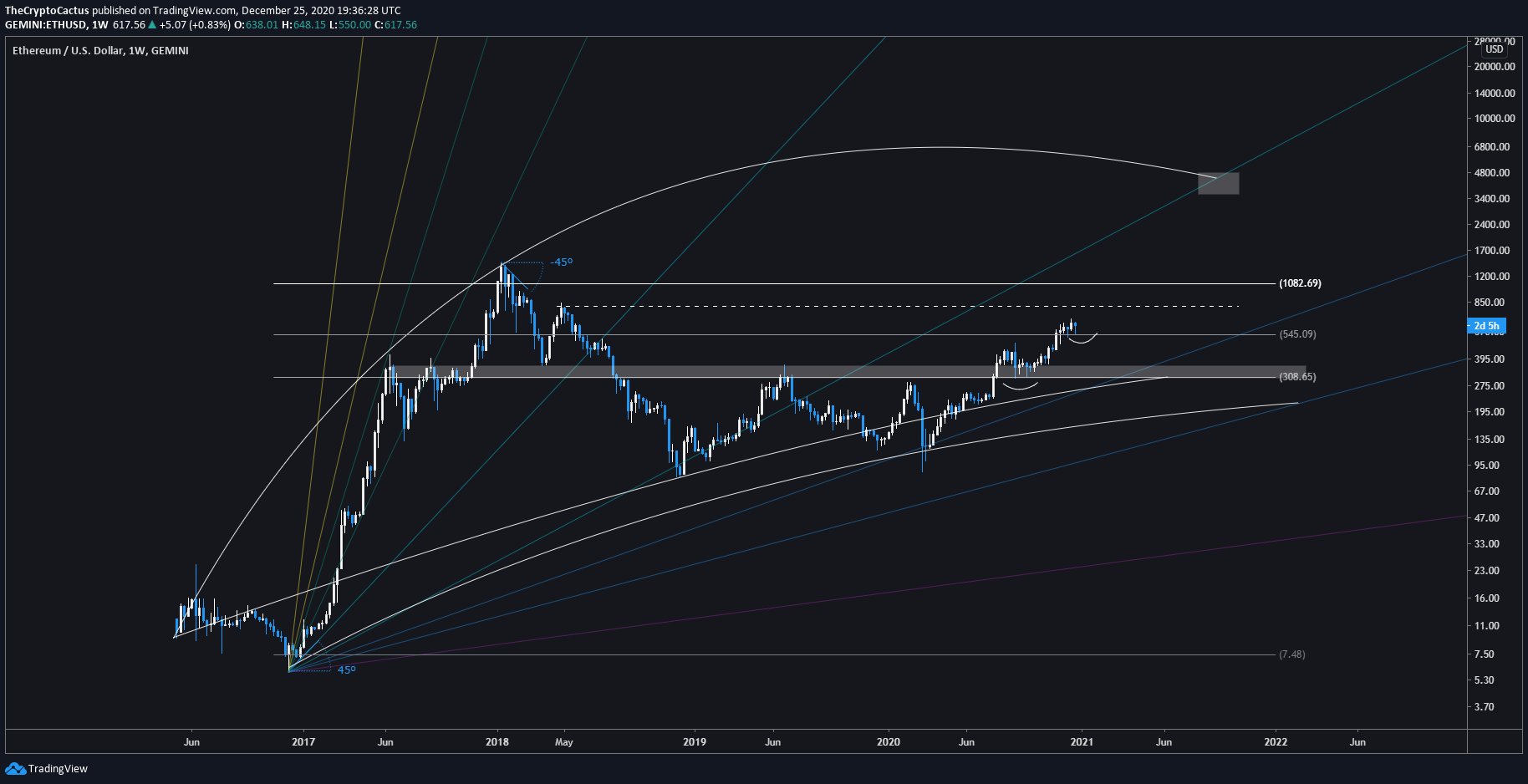 The founder of Ethereum, Vitalik Buterin, is also optimistic about the future and is proud of the milestones Ethereum has achieved so far together with the community. In his opinion, there will be fundamental changes in how the future of the economy works. Until now, the focus of market activity has been on physical products that could simply be “transferred, bought and destroyed.”

In the realm of the Internet, however, “public products” will play an important role in the future and market conditions as well as rules will change fundamentally. Digital products or assets such as Ethereum are subject to other influences and complex mechanisms, so according to Buterin, a transition from the old financial system to a new decentralized and fair system is currently taking place:

According to Buterin, Ethereum’s adoption in the enterprise space will continue to soar, driving the price of ETH. More major upgrades are waiting in the wings for Ethereum, which will further boost scalability and security. However, whether Ethereum can actually reach a new all-time high in 2021 remains to be seen.