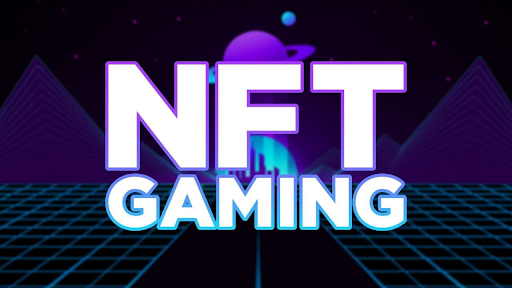 Non-fungible tokens (NFTs) are the talk of the tech community; this ecosystem has become an area of interest for stakeholders in various industries. Most notably, the gaming industry is fast integrating with NFTs to enhance the user experience by leveraging the capabilities of Web 3.0. As of press time, NFT-oriented games account for about 50% of the total active wallets in the crypto ecosystem.

Though a nascent niche, NFTs are the building infrastructure of play-to-earn (p2e) such as Axie Infinity. This game rose in popularity last year as users flocked the platform to leverage ecosystem incentives. At the core, p2e games are designed to reward players for participating in featured games, including card collection and PVP battles, to mention a few.

While the likes of Axie Infinity and The Sandbox metaverse have emerged as some of the leading NFT gaming ecosystems, they are yet to match the level of traditional gaming ecosystems. However, this is gradually changing with the invention of more action and user-friendly games such as Battle Drones.

Built on the Solana blockchain, Battle Drones sets itself apart by featuring a decentralized gaming platform where players can fly and race drones. This ecosystem rewards the on-chain players with a native token BATTLE, which can be used to purchase other in-game items, increasing one’s success rate in the Battle Drone games.

Akin to the likes of Fortnite and Call of Duty, Battle Drones allows players to engage in a combat gaming environment. The game’s fundamentals are based on the p2e model, rewarding players based on a Proof of Attendance Protocol (POAP). In addition, Battle Drones features a full in-game economy which means that a player can buy or sell an item (weapons) to improve their performance in the game.

The project was launched in July 2021 by a group of Drone enthusiasts who had interacted with the NFT gaming ecosystem. Given this interest, the team saw an opportunity to introduce an enjoyable gaming experience, leveling up from the existing p2e games like Splinterlands and Axie Infinity.

Unlike the pioneer NFT gaming platforms, the Battle Drones growth model is based on short and long term goals. The project’s initial product is a browser game that paints a picture of the upcoming PC and Console battle royale metagame. This prospective NFT game is designed as a AAA PvP battle royale shooter gaming platform, competing with traditional games that offer a similar experience.

However, Battle Drones takes the gaming experience a notch higher through its underlying p2e model. Players who hold Battle Drone NFTs will be able to access additional features, including BATTLE token incentives and staking opportunities. Apart from the Battle Drone combat mode, the platform will introduce a drone racing game for players who might not be into the shooter-style gameplay.

The Future of Gaming is Decentralized

For a long time, gaming platforms have been hosted on centralized servers. However, there is a paradigm shift following the debut of NFTs; p2e games such as Battle Drones and Axie Infinity are built on blockchain networks meaning that there is no single point of control. Instead, these gaming ecosystems run on distributed networks, governed through native tokens such as Axie and BATTLE.

Nonetheless, there is a still big challenge when it comes to the mass adoption of p2e games. Most people are not tech-savvy enough to interact with these platforms or are limited by the capital requirements to get started. While that may be the case, the Battle Drones gaming model has a lower barrier to entry compared to Axie Infinity. Anyone can play this game by accessing the web browser; as for Axie Infinity, one requires to purchase three Axie monsters that could go for over $300.

All in all, signs on the wall show that the $220.79 billion traditional gaming industry is gravitating towards decentralized ecosystems. It is no surprise that even corporations like Facebook are rebranding to fit in the gamification narrative. This trend will likely continue in 2022 as more people appreciate the value proposition of NFT gaming and the metaverse.