Elon Musk is many things – the world’s second-richest man, a visionary, a Bitcoin and Doge fan, the Technoking of Tesla and so much more. However, very few have thought of him as the best advertiser for XRP, but according to one attorney, he very well might be.

Musk recently shocked Bitcoin maximalists after he turned against the crypto he has supported for years. As Crypto News Flash reported, the Tesla CEO announced that the electric vehicle company would no longer accept Bitcoin as payment for Tesla cars. “We are concerned about rapidly increasing use of fossil fuels for Bitcoin mining and transactions, especially coal, which has the worst emissions of any fuel,” he told the world on Twitter.

Predictably, Bitcoin tanked. Further, as soon as he made this announcement, all manner of crypto projects started to woo him. From Bitcoin Cash to IOTA, Cardano to Nano, everyone was pitching theirs as the best replacement for Bitcoin.

However, according to one attorney, it’s Ripple that may benefit the most. John Deaton, a lawyer most renowned as the founder of Crypto Law, a U.S legal and regulatory news depository for the crypto community, took to Twitter to hail the move as a win for Ripple and the XRP army.

Whatever you think of Elon Musk, he just handed Ripple the best ad campaign on a silver platter.

Whatever ruin think of @elonmusk, he just handed @Ripple @bgarlinghouse @chrislarsensf @JoelKatz and @s_alderoty the best Ad campaign for #XRP on a silver platter.

I know they’ve been making the “energy” case themselves – but NOW all CNBC etc will be talking about is this tweet https://t.co/yxmG1wW2xh

Can XRP take over from Bitcoin at Tesla?

Deaton was responding to a conversation that focused on BTC/XRP comparison. XRP comes out on top in most categories. In terms of speed, an XRP transaction takes 4 seconds while BTC can take up to an hour depending on network activity. XRP only costs $0.000003 in transaction fees, with its predecessor averaging $13 as per BitInfoCharts data 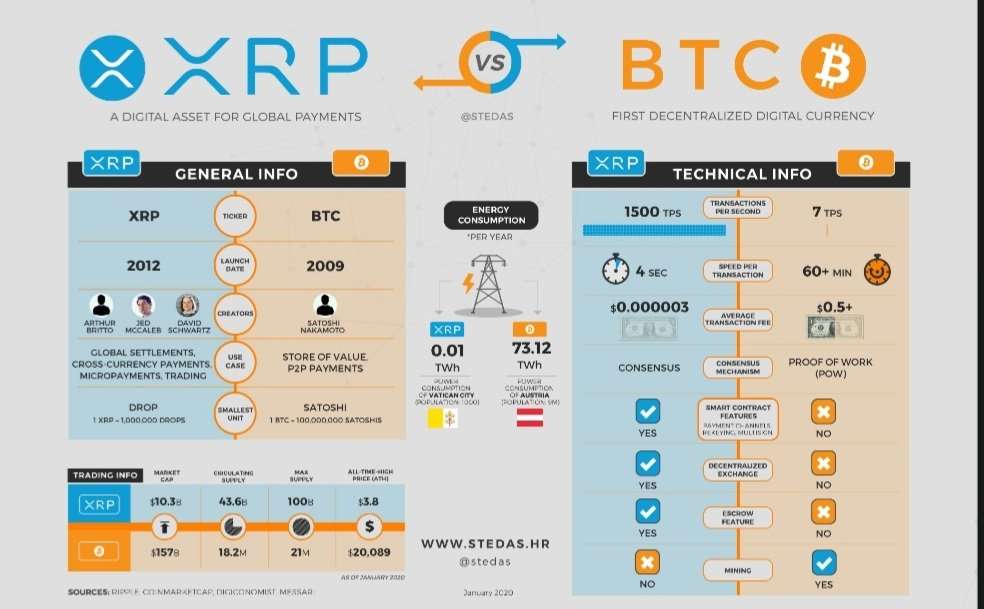 XRP is one of the cryptos with the biggest fanbase. Perhaps even more importantly, it has proven that it can function seamlessly in high-stake payment systems. However, it will take more than just this for Tesla to choose it over all the other cryptos.

One of the biggest clouds hanging over XRP is the SEC case. The U.S regulator has been after Ripple for close to five months now. It accuses Ripple of violating securities regulations, alleging that XRP is a security and not a currency as many believe.

At one point, the SEC seemed to have a very strong case. In fact, the SEC’s case seemed so solid that XRP dropped by over 50 percent immediately after the SEC filed the case. Popular exchanges and wallets started delisting the crypto in fear of spillover enforcements.

However, in time, Ripple has fought back diligently. The SEC’s case now seems to be crumbling and many predict Ripple will win the war. The loss would be damaging to the SEC, but for XRP, it would be the best thing to happen in a long time. Prices would soar, and adoption would follow soon. And who knows, maybe one of the adopters would be Elon Musk’s Tesla.