The hard fork coordinator for Ethereum‘s first iteration, James Hancock, has published the draft of the Berlin fork. “Berlin” is a specific update for Ethereum’s 1.0 blockchain that operates with the Proof-of-Work protocol, unlike the Beacon Chain which was deployed in late 2020. Berlin will introduce a series of improvements aimed at making the Proof-of-Work blockchain more efficient while advancing the development of Ethereum 2.0.

Hancock has published the draft and agenda for “Berlin” on GitHub. There, it is possible to find the checklist of the necessary items before the deployment and the participating clients who adopted the improvements of the update. Although there is no specific date for the deployment, Hancock commented via Twitter that the update looks “pretty close” to him.

The fork will have 5 specific network updates including EIP-2565 to define the ModExp gas cost, EIP-2315 to introduce 3 opcodes that support new subroutines in the EVM, EIP-2929 to increase the gas cost for state access on opcodes, EIP-2718 to define a new transaction type that supports new types of future transactions and EIP-2930 to add a transaction type with an access list, address list, and key storage.

The referred updates have been applied to the clients Geth, Besu, Nethermind, and OpenEthereum – except for EIP-2930 which is not integrated in Geth yet. In addition, the controversial EIP-1559 that will modify the Ethereum 1.0 fee model is not on the list while it is expected to be implemented in a separate fork after Berlin’s launch.

If EIP-1559 is applied, ETH would become a “deflationary” asset because part of its supply would be “burned” with each transaction validated in the blockchain. Recently, the proposal has been rejected by some mining pools that seek to maintain the current fee model. Hancock tweeted: “to burn or not to burn”, adding later that the community is leaning towards the first option.

To burn or not burn; That is the question

Ethereum (ETH) price on a rally

After 3 years and a low near $70, the price of Ethereum finally hit a new all-time high above $1,400 yesterday. Although ETH’s price has seen a retracement back to $1,300, fundamentals and indicators remain strong and point to an extension of the rally.

Spencer Noon posted a thread via Twitter showing indicators that the price of ETH will continue to reach new all-time highs. First, Noon noted that the Ethereum blockchain generates twice as many fees, as shown below, than any other blockchain, including Bitcoin. 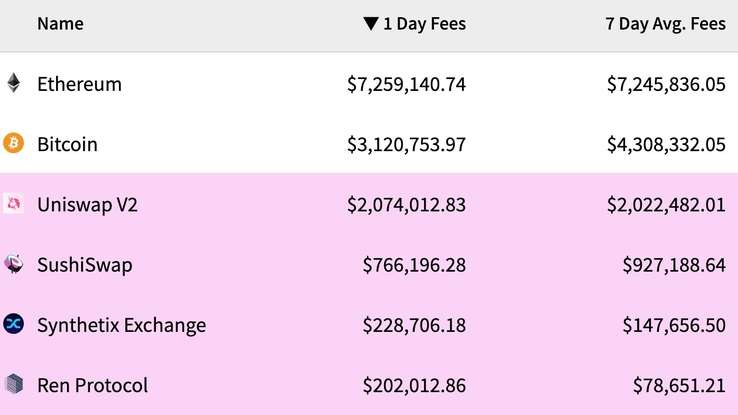 In addition, the Ethereum hash rate has reached a new all-time high of 313.12 TH/s, while the ETH blockchain is recording 550,000 daily active addresses in a 90-day average and 1.25 million DeFi users. Among other fundamentals, one of the most important is the amount of ETH locked in the Eth2 deposit contract, which stand at 2.57 million ETH. 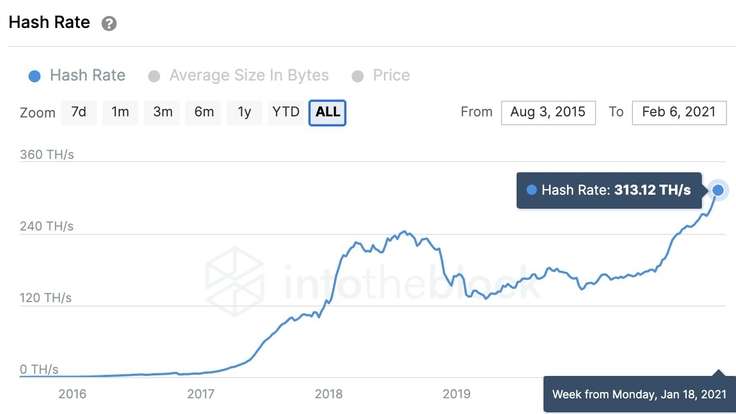