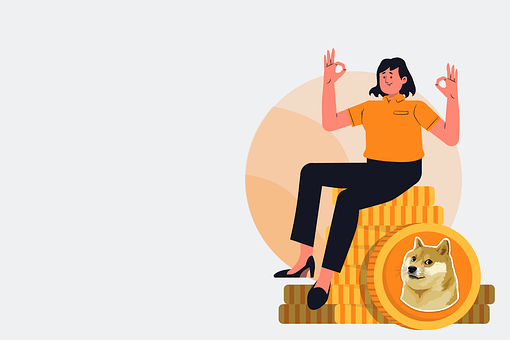 Billy Markus, the co-founder of Dogecoin was in the headlines after disclosing that he sold all his Doge in 2015 to buy a used Honda Civic. This means he missed out on the recent bull-run of the asset. To make up for it, he has auctioned 420 Doge as NFTs on a popular NFT marketplace, Rarible.

I wanted to try something different and try out a new platform that lets you create multiple copies of the same NFT.

The NFTs feature the logo of Dogecoin, a Japanese dog meme. They are, however, different from the standard fungible crypto tokens. It has a limited issuance and was released in tiers.

Much cap, very deflation, many tokenomics. Many available!

Tier 1 of the capped token has a maximum supply of 420 units and is available on Rarible. Each unit is going for 0.08 ETH which is equivalent to around $200. As of now, 384 have been sold.

The capped tokens in Tier 2 are sold out already. They were just three NFTs and were uploaded on Rarible as well. Tier 3 had an exclusive limited edition of just one NFT, which was being sold on the Foundation platform. It has been bought by a user identified as “@swaggmire” for 1.50 ETH, equivalent to $3821.

Capped Dogecoin – Much cap, very deflation, many tokenomics. Many available!

The Dogecoin NFTs are deflationary

Markus has explained that the NFT is deflationary unlike Doge, a crypto that is inflationary by nature and has unlimited maximum supply.

No, I didn’t cap the cryptocurrency Dogecoin – this is an NFT digital collectible of a capped Dogecoin available on various platforms.

NFTs are mostly certificates of authenticity. However, the Doge NFT will not serve as a copyright, but as a digital autograph from the creator of the famous meme coin.

Over the past few months, a lot of memes have been sold as NFTs. Some of these are the “Charlie Bit My Finger” Youtube video, and the “Disaster Girl” video.

According to Don Caldwell, the Database’s editor-in-chief, NFTs serve an important purpose of securing ownership to properties that were previously difficult to do.

We believe creators should get properly credited for their work and that this space desperately needs this sort of oversight.

Dogecoin was recently announced to have been listed on Coinbase Pro. Despite the criticisms that it has no technological breakthrough, it is recognized as the people’s coin and has been tipped by some as the replacement of Bitcoin.