The good days are back, at least in Bitcoin they are. The top cryptocurrency has been seeing a great month, rallying from lows of $29,000 towards the end of July to now hit its highest price since mid-May. At press time, BTC is trading at $47,645 after a 5 percent gain in the past day, as our data shows. This rise, and the price surges of other cryptocurrencies like Cardano, Polygon and VeChain have helped the overall market cap above $2 trillion for the first time in three months.

As of this writing, the cryptocurrency market cap is now sitting at $2.007 trillion. The last time that this metric sat above the $2 trillion mark was on the 19th of May. The resurgence comes after most major coins recorded strong numbers in the past fortnight, marking the best two-week stretch in the market ever since Bitcoin collapsed from its all-time high of just under $65,000.

The most notable performers in the top 20 are Cardano and Ripple with 10 and 14 percent surges respectively. For the former, anticipation around the launch of its smart contracts has fueled an incredible 50 percent surge in the past week alone, proving just what a landmark moment the smart contracts will be for the future of the peer-reviewed blockchain project.

For the latter, the surge comes despite an increasingly dull-looking legal battle with the SEC. What’s worse, SEC chair Gary Gensler has seemed intent on using this case to define the future of the SEC’s direction on cryptocurrencies. This is despite Gensler being touted as the crypto savior before he took over the watchdog. However, it’s been a case of “meet the new SEC, same as the old SEC.”

Bitcoin soars, but there’s a key difference this time

While the altcoins continue to impress, it’s quite easily been Bitcoin that’s been making the headlines. The flagship crypto has continued to trade above $45,000 for days now, a factor that most analysts have deemed as bullish for the long term. 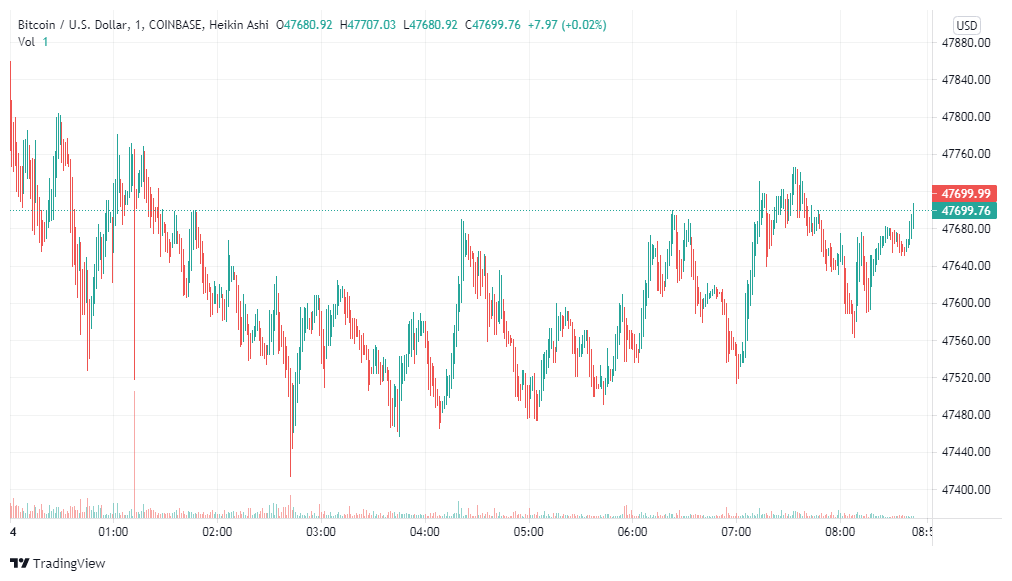 The recent rally has been cited as unique in that it has had little leverage, one of the cryptocurrency industry’s most popular phenomenons. In the previous rally, the market was overleveraged, starting in February. CoinShares’ Meltem Demiroirs described this as one of the main reasons the drop from the $65,000 was so swift and sudden.

And there are two possible reasons why. The first is that traders aren’t convinced the break to $47,000 is sustainable. However, in what FRNT Financial’s Stephane Ouellette believes is more likely, the leveraged players could still be on the way. If they do come, $100,000 will be the bare minimum for BTC.

Speaking to Bloomberg, he stated, “Typically we look at that as more of a strong-handed rally, which implies that the leverage portion of the rally comes later.”