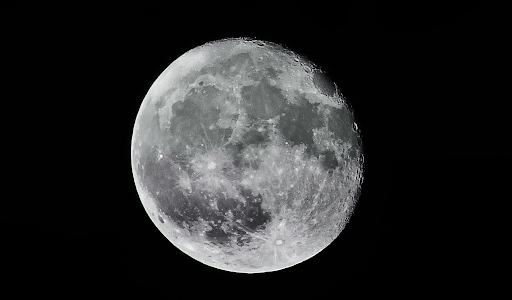 A little over a week ago, the crypto market witnessed one of the darkest days in its decade-old history as Terraform Labs saw its native token offerings — ala Luna and Terra USD (UST) — tumble and reach penny valuations seemingly overnight.

To elaborate, UST, an algorithmic stablecoin which relied on Luna to maintain its 1:1 status quo with the US dollar, plunged below its intended peg to the dollar, causing widespread market panic, forcing investors to offload the stablecoin. As a result, both Luna and UST went into freefall, taking the latter’s then circulating supply of $40B down with it.

However, just days after the aforementioned episode, project co-founder Do Kwon jumped into action and came up with a revival plan for Luna. He proposed the creation of a new chain by initiating a hard fork, a move that has since been highly criticized by the crypto community at large.

And, though digital currency enthusiasts may hold on to such a particular point of view, Do Kwon and his team believe that the hard fork will serve as a genesis of sorts, one that will see the advent of a new Terra LUNA chain which shares no history with its older ecosystem.

Terra’s resurrection is being helmed by major crypto exchanges

Soon after Luna’s collapse, a number of major cryptocurrency exchanges rescinded support of the project’s tokens, citing investor protection as a reason for the same. For example, Binance, Huobi, WazirX, amongst many others all delisted Luna and UST from their native interfaces, leading many to believe that it was the end of Terra.

However, since the proposal to launch “Terra 2.0” was given the green light recently, a whole host of trading platforms that had previously delisted or pulled support for Terra’s LUNA, announced that they will be supporting the project once again. For example, AAX, a cryptocurrency exchange offering spot, futures, and savings products across a wide variety of digital assets, became the latest big-name player to support the renaming of LUNA and UST to LUNC(Luna Classic) and USTC(TerraClassicUSD) as well as listing the offerings (alongside Luna 2.0) on its platform.

Other exchanges that have pledged their support for the modified version of Terra’s blockchain include Binance, FTX, Crypto.com, Huobi, Bitfinex, Bybit, Gate io, Bitrue, and Kucoin. Infact, the approval of “proposal 1623” will see owners of Terra Classic be provided with freshly created LUNA tokens that will be delivered via airdrop. Exchanges who are supporting the move include Bybit, Kucoin, Binance and Crypto.com. Representatives of these exchanges have confirmed that all of their clients holding Luna will be eligible to participate in the latest airdrop.

To this point, Do Kwon issued a tweet explicitly stating that he had nothing to do with the aforementioned exchanges once again listing Luna on their respective platforms.

Terra 2.0 gets off to a shaky start

Following the launch of Luna 2.0, the newly minted tokens got off to a shaky start, debuting at $17.8 and even reaching a relative high of $19.53. However, within a matter of 12-odd hours, the asset dipped to $4.39, showcasing a loss ratio of more than 75%. Since May 30, the token has continued to stay range bound between $6 – $11. Therefore, it will be interesting to see how the future of the project plays out, especially with many investors having lost faith in the Terra ecosystem.