Josh Rager, Bitcoin Trader and Blockroot founder, says on Twitter that Bitcoin’s daily closing along the $9,400 mark is a bearish sign. He believes Bitcoin could continue to fall to $8,400 and is waiting for a good entry point. If Bitcoin rises above $9,400 again, Rager believes that another upward movement is possible.

Reclaim that level on high time frames and I could potentially change my mind… but bias remains down pic.twitter.com/uUSAXltKVl

Big Chonis Trading describes that Bitcoin has lost a lot of bullish momentum after yesterday’s flash crash. However, Bitcoin is still on the daily chart above the MA50, 100 and 200, however, further liquidations could see Bitcoin break these indicators down and start another bearish move.

$BTC – were you bullish yesterday at $10K ? now what ?#bitcoin loosing bullish momentum with global equities

Bitcoin Trader “Byzantine General” is not surprised by yesterday’s price movement. According to his explanation, Bitcoin continues to be caught in a large sideways trend, with the lower end at just under $9,100 and the upper end at just under $10,000. So far Bitcoin has not broken through the bottom, but has been able to find some buyers at the $9,100 mark. In this respect, according to the trader, “nothing significant” has happened until there is a breakout out of the range.

This is not "the big move".
Nothing significant happened.
We are still stuck inside this big consolidation range.#Bitcoin pic.twitter.com/HAxAz5AaZk

Senior analyst Hans Hague of Quant Strategy states that Bitcoin is in a “strong accumulation” and this development has led many investors to hold on to their holdings and trade less. To underline this development, the analyst has split the following chart showing the price of Bitcoin and the adjusted binary BDD indicator.

Hague goes on to say that the current trend clearly shows that more and more investors are buying Bitcoin and that there is a high probability that Bitcoin could experience a “firework” and thus an early upward movement.

Further correction possible at any time

The pseudo-anonymous trader “DonAlt” is not worried about the current price movement, as such developments, such as the current correction, are perfectly normal in the historical course of Bitcoin and contribute to the maturation of BTC. In his opinion, Bitcoin could even fall by as much as 40%, as major events have always led to strong price movements in the past. The following chart shows major events of Bitcoin and the price movements that have accompanied them. 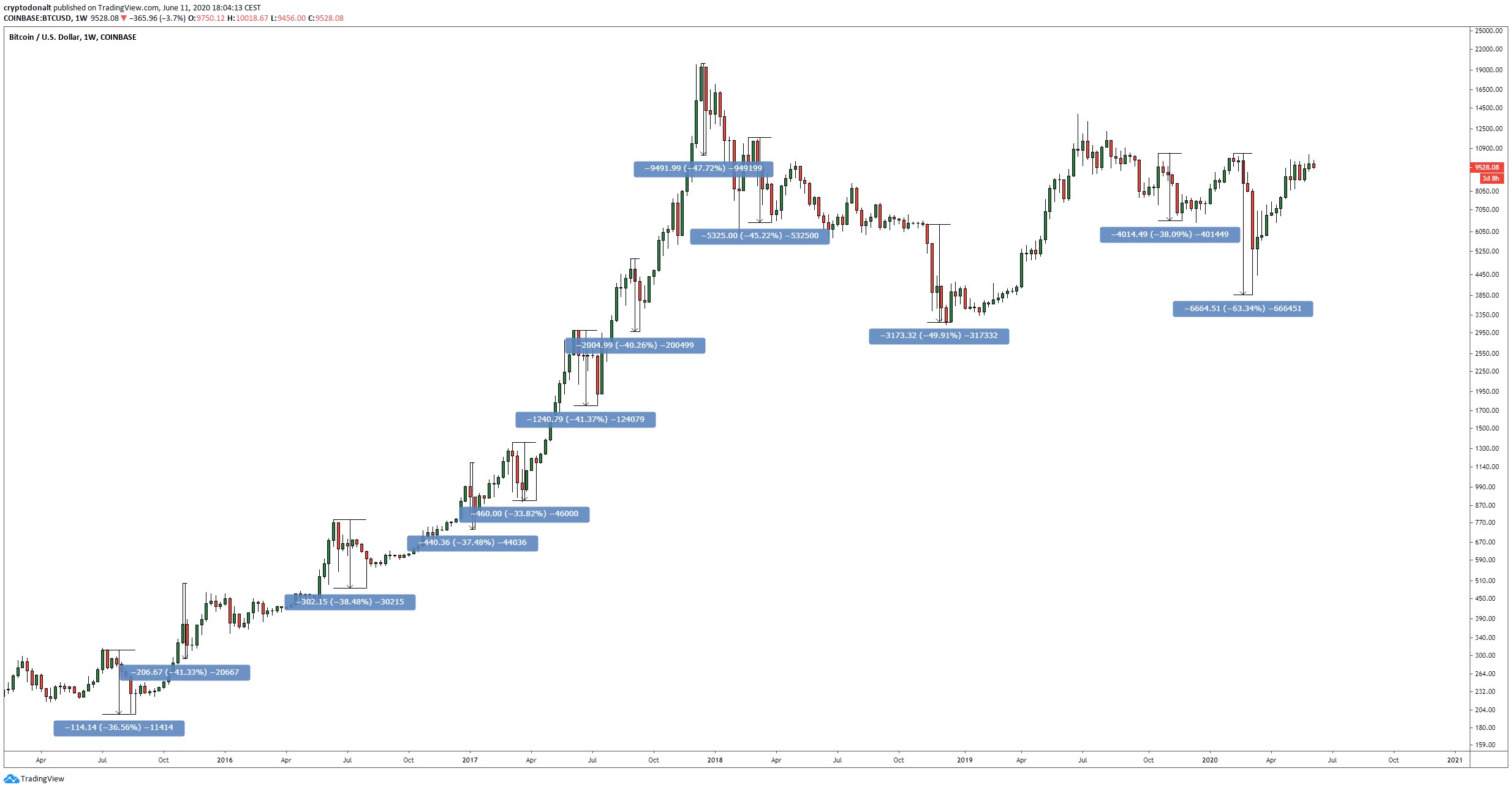