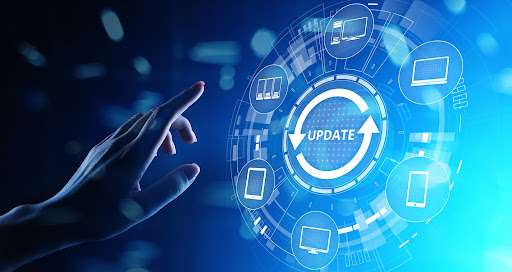 Crypto.com’s Cronos blockchain is getting a major upgrade with the launch of version 0.7.0. “Huygens” launched at block height 2,693,800 and is described by the Cronos team as a major upgrade that introduces key updates including an EIP-1559 implementation, a refactoring of the Ethereum Virtual Machine’s StateDB and various other performance improvements and bug fixes.

It’s big news because Cronos is one of the most compatible blockchains around and therefore one of the biggest platforms for DeFi, NFTs and blockchain gaming. For instance, Cronos supports the Inter-Blockchain Communication (IBC) protocol that ensures its compatibility with Terra, Crypto.org and the entire Cosmos ecosystem. Just as important, Cronos is also EVM-compatible, which means it can communicate with any other EVM-compatible blockchain, including Avalanche, Binance Chain, Polygon and, of course, Ethereum itself. This unique interoperability ensures Cronos has a distinct advantage, as it is the only blockchain in the entire industry that’s compatible with both Ethereum’s enormous DeFi ecosystem and the Cosmos network.

Cronos isn’t just about playing nicely with other blockchains though. It’s also an extremely advanced network in its own right. It relies on a Proof-of-Authority consensus mechanism that allows it to process transactions faster and with lower costs than Ethereum, for example. As such, it’s no surprise to learn that Cronos has emerged as a popular Web3 platform, growing an extensive ecosystem of decentralized finance and NFT applications.

The new upgrades in Cronos v.0.7.0 include the  EIP-1559 implementation. This enables the launch of Feemarket, which is a dynamic network fee structure. With it, the common base fee is calculated dynamically at each block for the next block, depending on network utilization, and enforced in the whole network. Feemarket is meant to overcome some of the limitations with the old system, in which network fees were calculated with a fixed formula of gas consumed by the transaction times. For instance, the old system could cause transaction spam with zero fees and problems with the integration of web tools.

Another key new capability comes with the refactoring of EVM’s StateDB implementation, which aims to improve the performance of smart contract execution. According to Cronos’s release notes, the new implementation ramps up the speed of execution of message calls and access to deep context stacks by 300-times. Moreover, the speed of emitting logs is doubled. The main benefits of this are that Cronos can process a larger volume of transactions within each block, providing a serious boost to both its efficiency and its scalability.

Additional updates in the release include a fix in Etheremint that solves a WebSocket bug and adds WebSocket integration tests and subscription test cases. Frequent reports of MetaMask failing to send transactions in Feemarket (EIP-1559) compatible format on the Cronos testnet have also been addressed. Cronos explained that the root cause of this issue is that MetaMask doesn’t add any buffer or use the base fee specified in the block. With the Huygens v0.7.0 release, this has now been resolved.

Finally the release adds many fixes and improvements to the Ethermint/Cosmos-SDK dependencies.