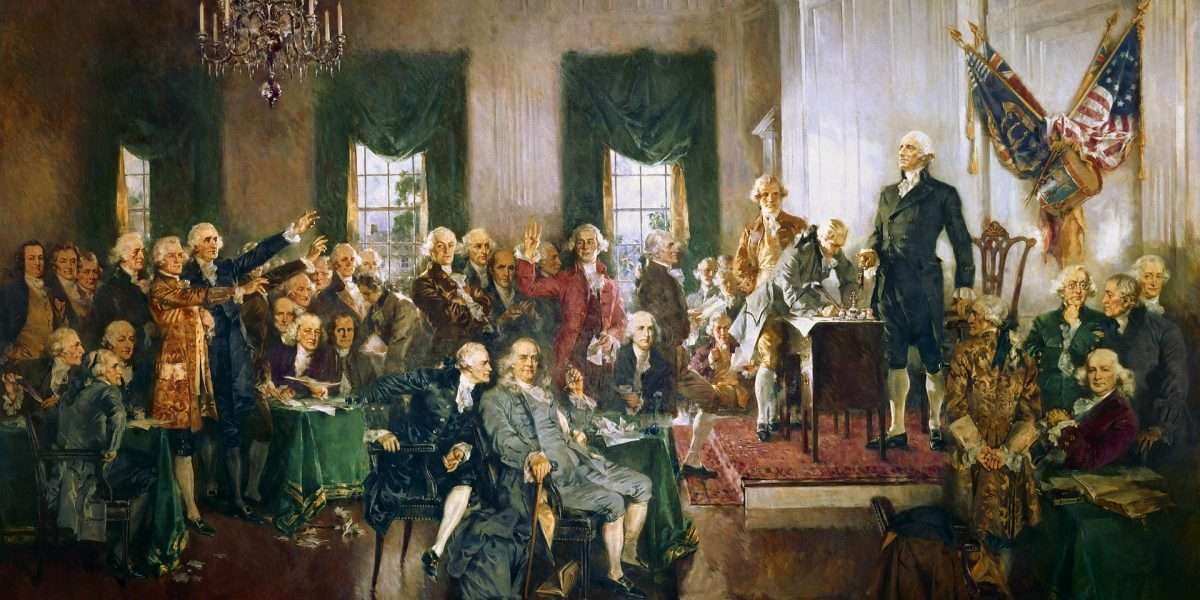 Crypto mavericks have joined forces to buy a rare 1787 copy of the U.S. constitution auctioned at Sotheby’s. A crypto-funded effort from ConstitutionDAO is leading the efforts to raise a minimum of $20 million.

The group ConstitutionDAO noted that it plans “to put the constitution in the hands of the people”. However, this being a crowdfunding effort, it isn’t clear how the ownership will come into place. Interestingly, the decentralized autonomous organization – ConstitutionDAO – has already managed to raise over $30 million in Ethereum. It has further topped its goal to raise $40 million in total while attaining more than 96 percent already.

ConstitutionDAO is raising $40,000,000 to participate in the Sotheby's auction, bidding for one of the 13 surviving copies of the official version of the 1787 Constitutional Convention in the United States, which is 96% complete. https://t.co/tWXN0QTRxt pic.twitter.com/99oTksWKfO

As per Sotheby’s, the document is one among the 13 official copies remaining of the Official Edition of the Constitution. The auction will conclude later today, November 18, at 6:30 PM EST. Sotheby’s notes:

This is one of just thirteen copies of the Official Edition of the Constitution surviving from a printing of 500 issued for submission to the Continental Congress and for the use of the delegates to the Constitutional Convention. This is the very first appearance of the final text of the Constitution, now the longest continuing charter of government in the world.

Former just a week back, the ConstitutionDAO has attracted more than 15,000 contributors. These contributors have contributed an average of $200 each. Last night, Metaversal, an investment firm, and NFT curation studio along contributed a staggering $1 million. This further inspired an anonymous developer to contribute an additional $4 million.

Here’s what the ConstitutionDAO contributors have to say

As the name suggests, “decentralized autonomous organizations” DAOs are nothing but decentralized corporations with rules inscribed into smart contracts running on the Ethereum blockchain. DAOs allow for all sensitive corporate functions to take place in a decentralized and autonomous way.

The goal of ConstitutionDAO is to keep this copy of the constitution in the public sphere. One of the supporters Ittai Svidler explained:

Web3 is somewhat about decentralizing public goods. And what can be considered a public good if not the Constitution that founded the country?

Another DAO contributor Nicole Ruiz noted that the team hasn’t planned for a home of the document. However, it plans to house it at a museum or an archive that is free for the public to access. Besides, other fellow DAO members are also mulling the idea of travelling the constitution copy to multiple locations.