Today, the Bitcoin price has reached a new all-time high and is moving north of $63,012 with gains of 4.9% in the last 24 hours. The cryptocurrency seems to have awakened from the doldrums with weekly gains standing at 7.2%.

With Coinbase’s debut to the U.S. public exchange and the rise of the “Kimchi Premium,” many factors are converging to favor the price of BTC. Analyst Material Scientist stated that Bitcoin is on a mission to the moon. In that sense, he stated that the current price action resembles that of 2020.

As shown in the chart below, the cryptocurrency had a long period of consolidation after a pullback in March only to hit new all-time highs for the rest of that year. The analyst points out that the above coincides with Coinbase’s IPO, adding more upwards momentum. 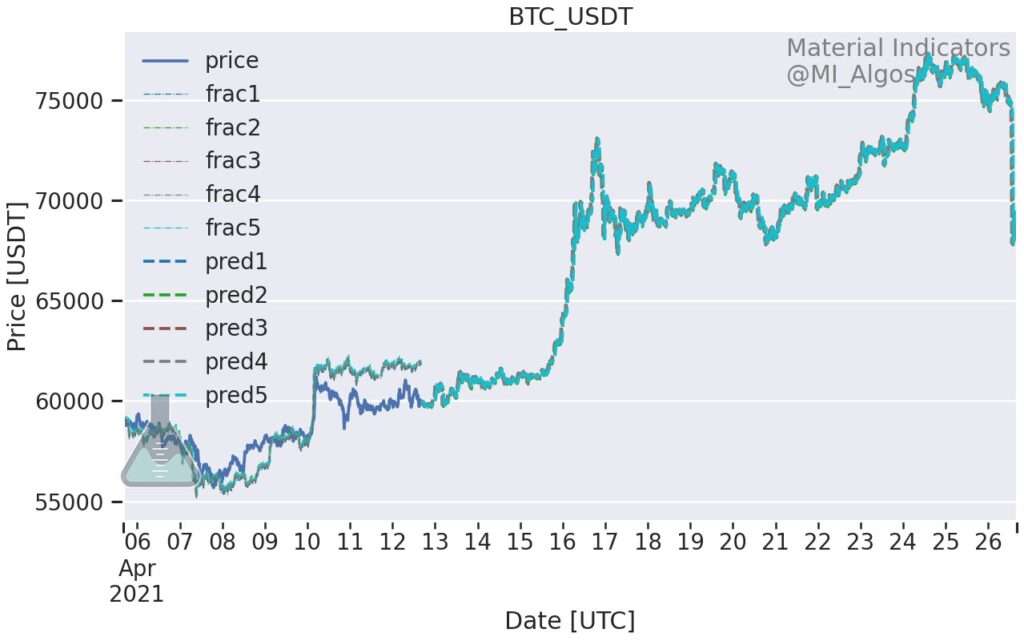 The second factor, investor participation in Asia, could carry just as significant weight. As Moskovski Capital CIO Lex Moskovski shows, the “Kimchi Premium” has rebounded in the last day, after having a low in early April.

However, investor Marc van der Chijs said he was “not convinced” by BTC’s rise above its former $60,000 resistance level. Predicting further appreciation, the investor said:

This is the first time (I think) that I’m not really excited about Bitcoin making a new all time high. It doesn’t feel like a real break out yet, even though it technically is. I expect breaking $65K and $70K in the near future, that’ll be more exciting.

Influence of funding in Bitcoin futures

While the action is bullish in the spot market, Bitcoin-based derivatives appear to be at more “tolerable” levels. Moskovski has indicated that funding in the futures market gives good signs for an extension of the rally. This metric sits near 0.08%.

#Bitcoin hit ATH and the funding is tolerable.

On previous occasions, when Bitcoin tried to cross $60,000, the funding rate was higher. Because of this, investors had greater incentive to take short positions and negatively impact BTC’s performance. At the moment, the indicators seem to point to a more stable rally.

Trader See compared the funding rate for Bitcoin from 2017, when it reached its all-time high for that time at $20,000, with that of the current market. Thus, he stated that in the former this metric could exceed as much as 0.375% for half a year. That price action, in the long term, was unsustainable.

Glassnode data records an all-time high in open interest in Bitcoin-based futures and a rise in the Futures-to-Spot volume ratio, as seen in the chart below. Glassnode founders Yan Allemann and Jan Happel, had the following to say about the above:

Bitcoin Futures to Spot volume ratio looking quite nice here a deep book is fundamental to the next leg up- the spring is loaded.