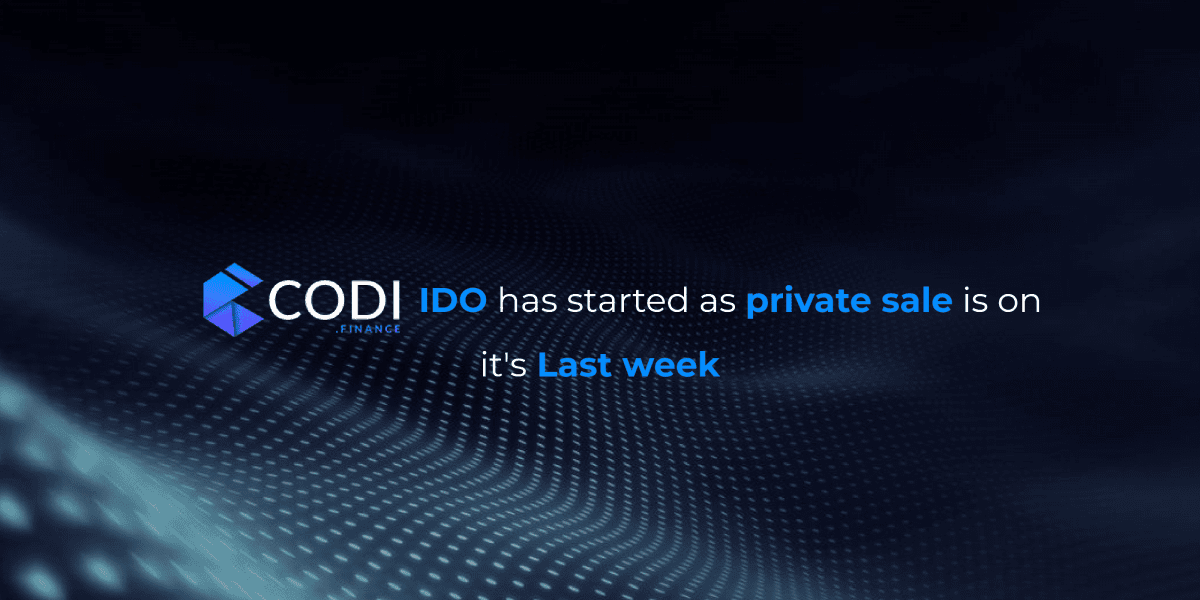 CODI Finance is moving forward with plans for IDO after extending its private sale.

November 9, 2021–  CODI Finance, a DeFi ecosystem powered by Solana, one of the world’s fastest and most scalable blockchains, is now live with the IDO of its native token “$CODI,” which started on November 7, 2021. $CODI, the CODI ecosystem’s native token, is an SPL standard utility token.

CODI Finance debuted in September 2021 and immediately announced plans to expand its ecosystem. CODI recently extended their private sale until November 14th, which received a lot of positive feedback from the general public, with CODI opening up their private sale to everyone, which is unusual in the DeFi industry. The CODI private sale has been extended, but there is a catch: the minimum buy-in price for new investors who want to participate in the private sale now will be raised.

CODI’s IDO is currently underway, with a 10% allocation of the total supply of $CODI (33,000,000) tokens. During this IDO, $CODI would be listed at 0.04 cents and unlocked instead of the private sale, which has a vesting period. The IDO would be hosted on CODI’s platform, mint.codi.finance giving their community a preview of what to expect when the CODI IDO launchpad goes live. The IDO would be valid for a week before the IEO on the p2pb2b exchange, where $CODI would be listed at $0.05.

CODI Finance is an entirely open and decentralized ecosystem with three offerings: an IDO Launchpad, a DEX, and a decentralized lending and borrowing protocol. CODI plans to use the Solana Blockchain to create highly scalable, interoperable, and secure DeFi products, accelerating the rise of fair and decentralized next-generation DeFi products across multiple chains.

CODI Finance intends to fully transition to a DAO governance model, with the CODI community running and owning the ecosystem. Other features, such as a decentralized social networking model and a fully customizable vesting protocol, are also in the works as CODI strives to be the DeFi space’s epitome of decentralization.

CODI intends to be open about the operations of the ecosystem, and all IDO and private sale transactions can be viewed on the Solana blockchain. Send an email to sales@codi.finance if you want to participate in the current IDO or the extended private sale.

Please visit Codi.finance or contact them through their social media channels for more information on the project.