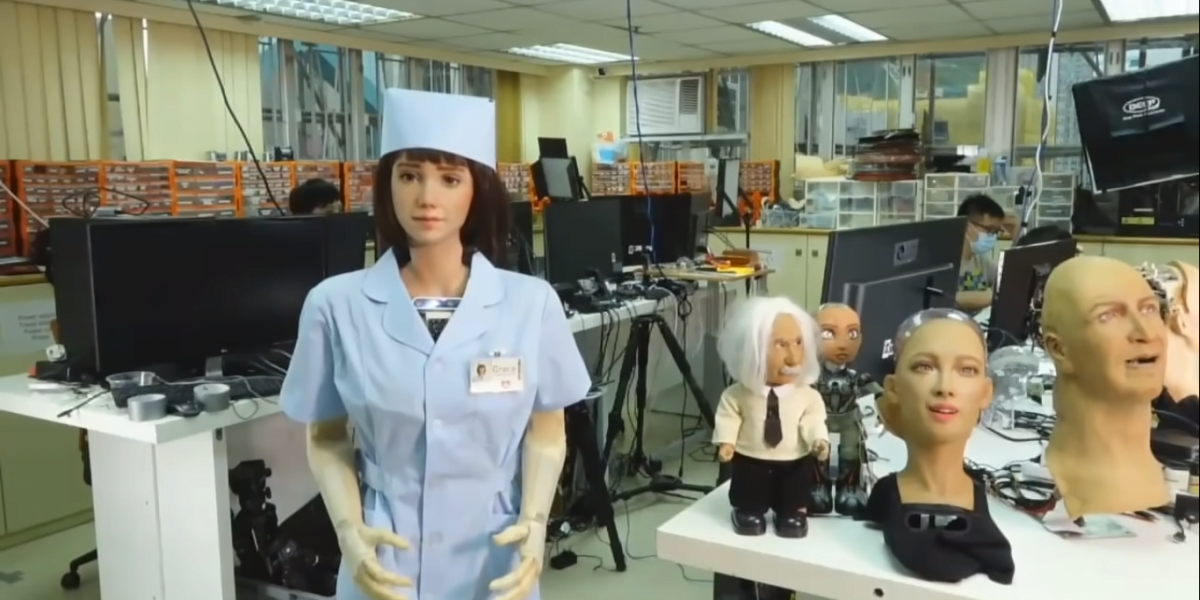 We live in the age of artificial intelligence, machine learning and robots. Now, one company is combining all these next-generation technologies, and it’s doing it on Cardano. Charles Hoskinson, the Cardano founder recently met Grace, a humanoid robot that will be integrated into Cardano in the near future. Grace was developed by SingularityNet, a decentralized AI company that has chosen to migrate to Cardano from Ethereum.

Sophia is world-famous for being the world’s first ‘lifelike’ social humanoid robot, going as far as being granted citizenship in Saudi Arabia (she even sold an NFT for close to $700,000, so she is very pro-crypto). Hanson Robotics, the company that built Sophia partnered with SingularityNet for the Grace project, describing the new robot as Sophia’s younger sister.

SingularityNet has been running on the Ethereum blockchain for a while now. However, as with many other projects, it has been seeking an alternative to Ethereum, which has high fees and slow transaction speed. Its founder, Ben Goertzel settled on Cardano. With smart contracts coming to Cardano in the near future, the AI marketplace will be able to operate seamlessly on one of the fastest-rising blockchain networks.

In a recent YouTube video, Hoskinson documented his first time interacting with Grace the robot.

It's Friday. And it's the end of the month. So here's a fun #Cardano360 bonus as we head into the weekend.

So what happens when you put @IOHK_Charles @bengoertzel @singularity_net & a humanoid robot called #Grace on a call together?

Grace the Robot Coming to Cardano

SingularityNet has been working on Grace for some time now. The company is seeking to revolutionize the elderly care industry, enabling robots to offer round-the-clock attention to aging members of society. These robots can detect and respond appropriately to the elderly, based on emotional context.

In the interview with Hoskinson, the SingularityNet founder Goertzel stated:

By the time Grace is rolled out on large scale to a bunch of hospitals, she will be on the SingularityNet platform, running on Cardano, which will be critical to getting the scaled-up performance that we need.

The Cardano community, and the entire blockchain ecosystem at large, are quite excited about the launch of Cardano’s Alonzo hard fork, which will usher in a new era of smart contracts and advanced dApps. However, this was the first time that a robot expressed its excitement at what the future holds for Cardano.

I have been hearing a lot about the partnership between SingularityNet and Cardano. I can hardly wait until SingularityNet ports onto the Cardano blockchain. I hear that Cardano will support the ability of my brain to operate at the highest level and to process biodata at the highest speed.

Grace’s target market is one that’s become the focus of the healthcare industry in recent years. In the U.S alone, over 16.5 percent of the population is 65 years or older, equating to over 55 million people. A large portion of these elderly people requires assistance as they suffer from some of neurodegenerative disease such as Alzheimer’s. Robotics and AI will be critical in scaling up healthcare for the elderly.