The research and analysis company Chainalysis published a report on the abrupt fall of the Bitcoin price. The crash occurred on March 12, when Bitcoin’s price dropped from approximately $8,000 to $3,700. According to the company, the drop was accompanied by a historic increase in BTC inflows to the major crypto exchanges.

According to Chainalysis, the average inflow of BTC to major exchanges from January 1 to March 8 was 52,000 BTC per day. From this date, the BTC inflow increased even further. From 9 to 16 March, the largest exchanges received a total of 1.1 million BTC in 8 days.

In other words: 712,000 BTC more than they received on average from January to 8 March. In addition, the BTC inflow peaked on 12 and 13 March. On these days, the inflow of BTC on the exchanges was 9 times higher than the average inflow or about 475,000 BTC more. Chainalysis claims that BTC inflows have declined since then and are half of the average, as shown in the table below. 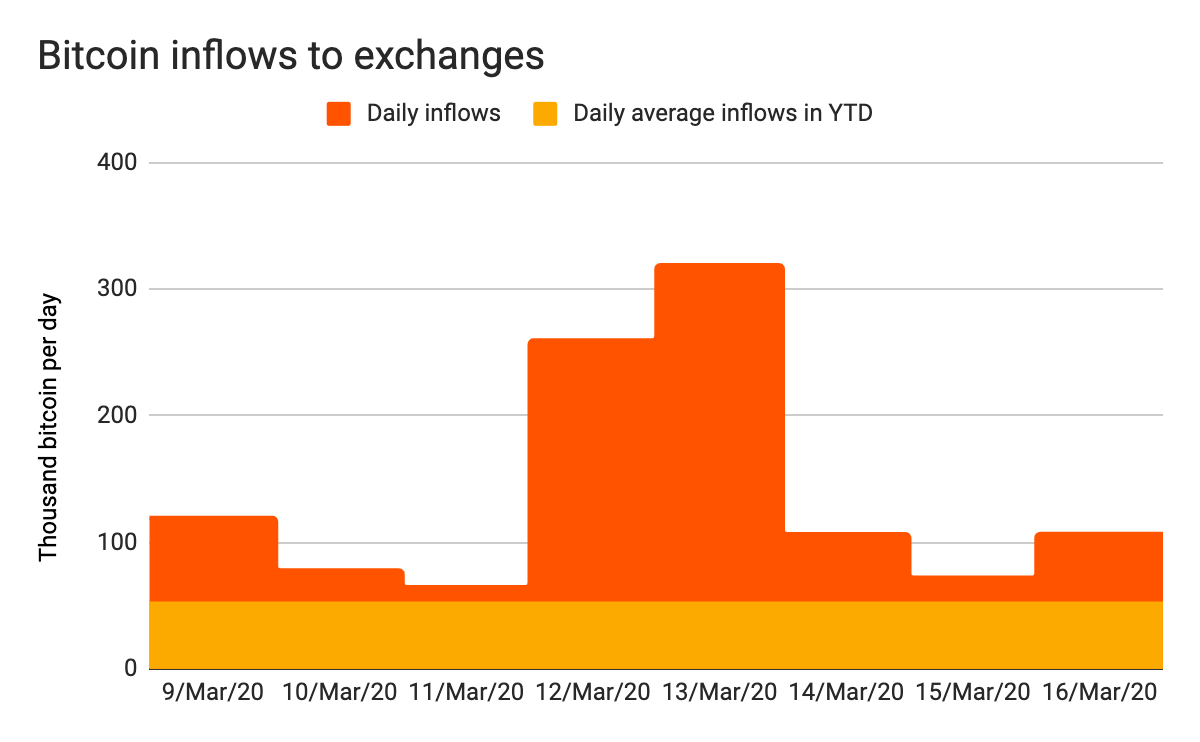 Chainalysis was able to determine that most of the BTC that entered the exchanges during the dates referred to have been sold. It is estimated that only between 40,000 and 240,000 BTC remain. Therefore, 6 to 34% of the “extra” BTC inflow is available for sale. Chainalysis states:

In other words, the majority of excess bitcoin arriving at exchanges has been sold, and the worst of the oversupply appears to be finished for now.

The report also determined that the extra BTC inflow concentrated on 7 of the exchanges reviewed. Prior to March 9, according to Chainalysis, these 7 exchanges toegether had an average daily trading volume of 249,000 BTCs. After the increase in BTC flow, the trade volume rose to 790,000 BTC per day. However, the exchanges recorded a relatively low increase of 0.9 BTC for each BTC received on-chain as shown in the chart below. 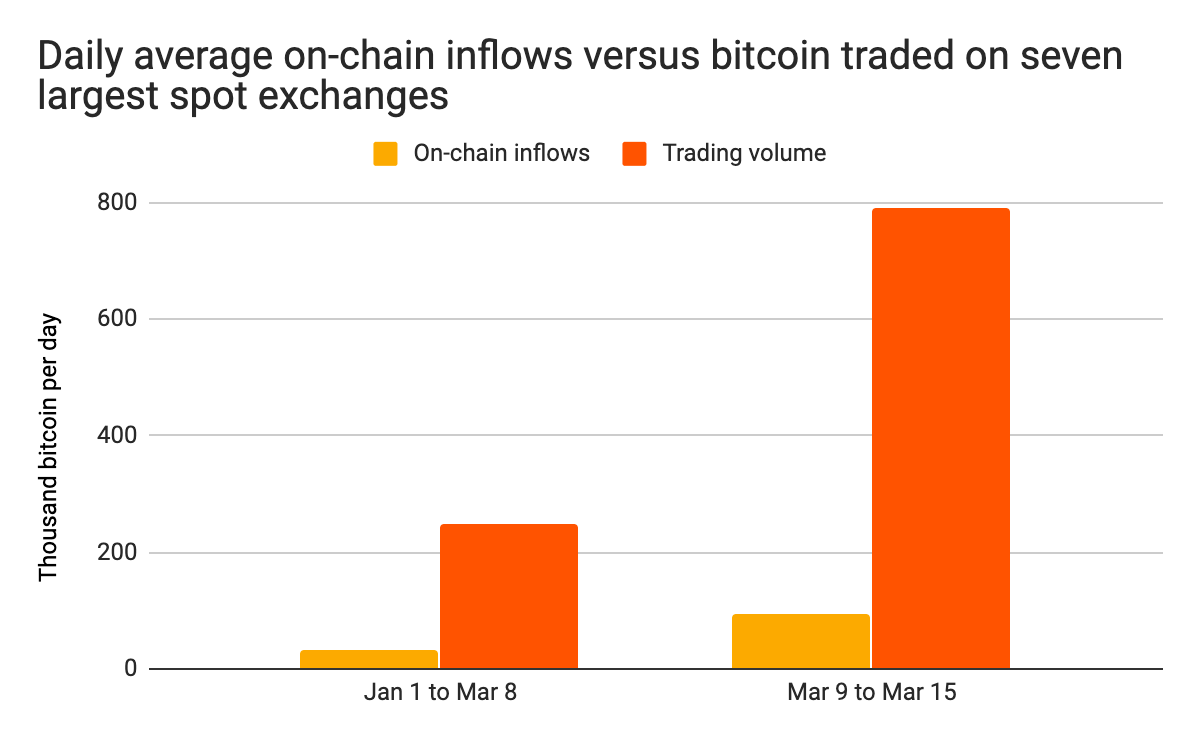 Chainalysis claims that the trades were motivated by the entry of the new BTC into the analyzed exchanges. Therefore, the BTCs that were on the platforms had a lower share of trading during this period:

The majority of available Bitcoin was not cashed out, suggesting that most Bitcoiners are happy to hold.

The report also indicates that while retail-level activity increased substantially, professional traders drove most of the increased exchange inflows. This is supported by the increase in BTC that was moving in small quantities between exchanges. After March 9 this amount doubled. Finally, the report states that most of the BTC inflow into the exchanges was done through high-value transactions. Transactions of between 10, 100 and 1,000 BTC constituted 70% of the BTC inflow to the exchanges.

As reported by CNF, the Whale Alert had recorded an increase in activity by Bitcoin whales over the past few days. The whales are maybe preparing to dump BTC on the market. Chainalysis commented on this:

Given the uncertainty around the COVID-19 pandemic, it’s hard to predict where the Bitcoin market will go next. However, large increases in exchange inflows have proven to be a good indicator of increased volatility, so we recommend keeping an eye on the amount being transferred to exchanges.