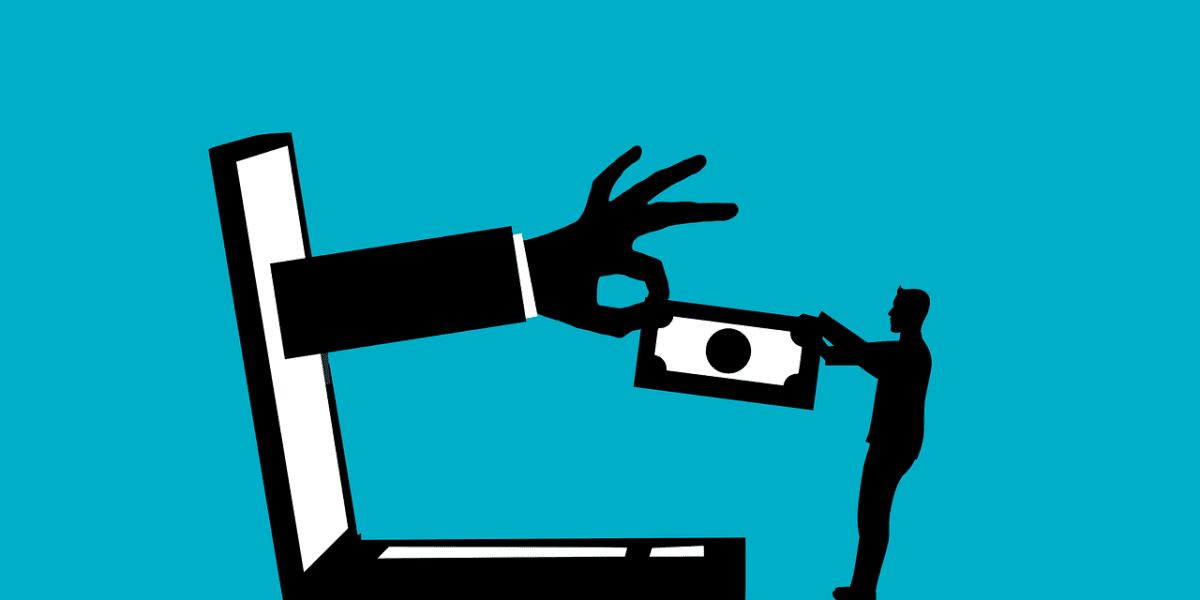 A new crypto crime report showed that fewer people have fallen for crypto scams since this year began. The drop in this number coincides with falling prices of digital assets and the exit of inexperienced crypto investors from the market. The report, released on August 16, showed that year-to-date crypto scam earnings stand at $1.6 billion.

By comparison with the same period last year, the figure represents a 65 percent decline in revenue from crypto scams. The report reads;

Crypto scam earnings have dropped in line with bitcoin’s price since the start of this year. Also, it is the first time in four years that there has been the least cumulative number of single transfers to scams thus far this year.

Eric Jardine, the report’s author and the lead at Chainalysis’ cybercrimes research, explained that there are usually too good to be genuine investment opportunities during the bullish cycle than the bear cycle. Hence, more crypto investors will likely fall for scams in this period. However, he added that most of those who fall for these scams are new entrants into the market. 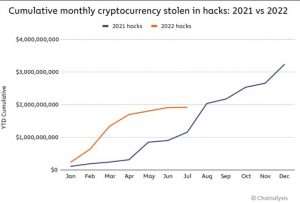 Various statistics show that there is usually a high number of new entrants into the crypto market during the bullish cycle. Jardine also said the results might have been affected by the 2021 Finiko and PlusToken scams, where hackers netted $3.5 billion in revenue.

However, the researcher notes that this year’s most significant scam revenue was $273 million. The amount was from Juicyfields.io (the cannabis investing platform), where investors in the cannabis-linked e-growing service have been unable to access their accounts.

A rise in crypto-based hacking

Even though there has been a drop in crypto scam revenue, Jardine remarked that there had been a rise in crypto-based hacking. This hack soared by 58.3 percent in July 2022, resulting in $1.9 billion in earnings for that month. However, the amount didn’t include the $190 million exploit on the nomad bridge, which occurred on August 1, 2022. 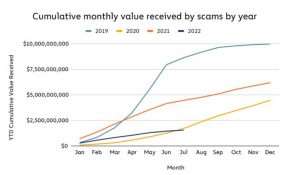 According to Jardine, this rise is mainly because of the massive spike in DeFi applications, a boom that started last year. “Hackers can easily exploit DeFi protocols because they can study their open-source code extensively and identify weak spots.” However, Jardine added that newer smart contract languages such as solidity could help with better security for DeFi applications since they make code auditing possible.

The report also remarked that most of these hackers are from well-trained hacker groups such as the North Korea-sponsored Lazarus group. This group is responsible for nearly 50 percent of all crypto hacker exploits. The Chainalysis researcher further said there had been a 43 percent decline in the darknet market revenue this year.

The primary reason is April 5, 2022, the shutdown of the Russian darknet (Hydra marketplace) by German law enforcement agents. Darknets are illegal marketplaces for the transaction of goods and services, with cryptocurrencies being the primary medium of payment.