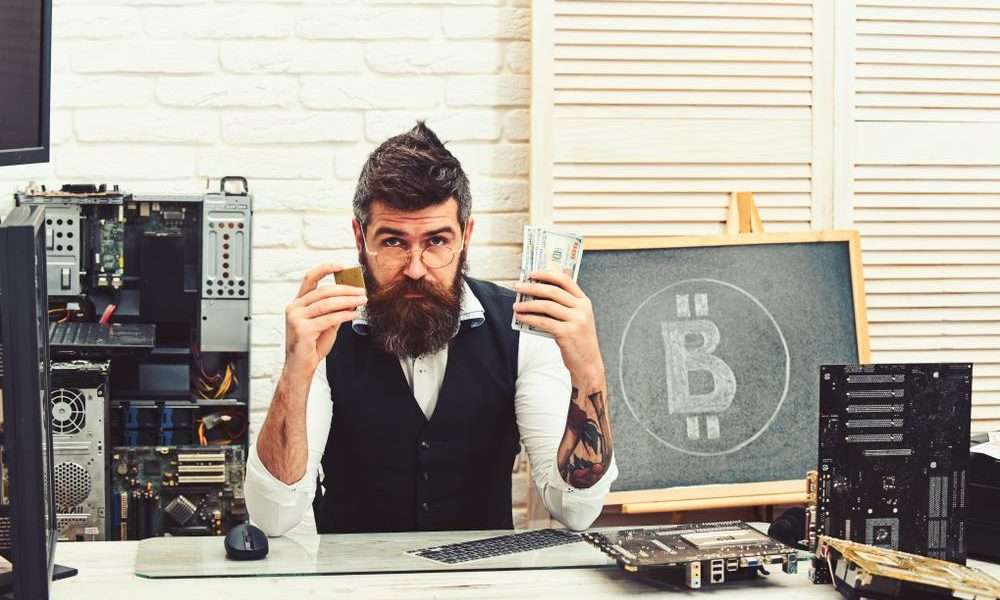 The times when Bitcoin had its greatest use case as a means of payment through the legendary darknet platform “Silk Road” are long gone. As a recently published study by Chainalysis shows, less than 0.1% of all Bitcoin and crypto transactions take place on the darknet. Nevertheless, according to the “Chainalysis 2020 Crypto Crime Report”, usage has increased again.

The New York-based blockchain analyst firm found that darknet markets have significantly increased their share of the total number of crypto transactions in 2019. The share has doubled from 0.04% in 2018 to 0.08% in 2019. After a slight decline in 2018, total sales from darknet increased by 70% in 2019, to over $790 million. As a result, the transaction volume of cryptocurrencies on the Darknet exceeded the $600 million mark for the first time. 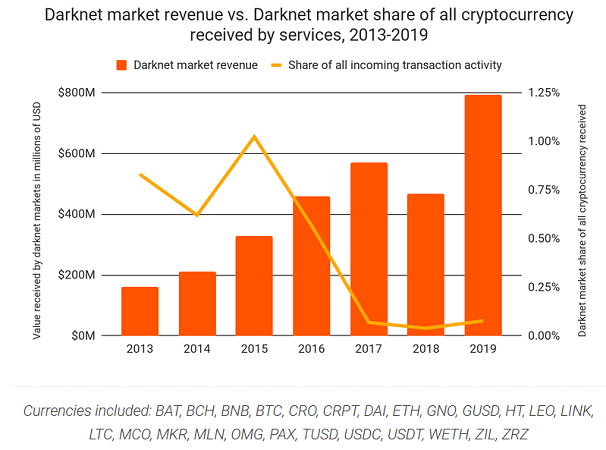 The analysis of Chainalysis also showed that the use of Bitcoin in darknet is less affected by the current price of Bitcoin. As the chart below illustrates, exchange, merchant and gambling volumes are much more dependent on price than the darknet. While transaction volumes in the other categories peaked in July at the year’s highest price of Bitcoin, the volume of darknet transactions remained relatively stable throughout the year. 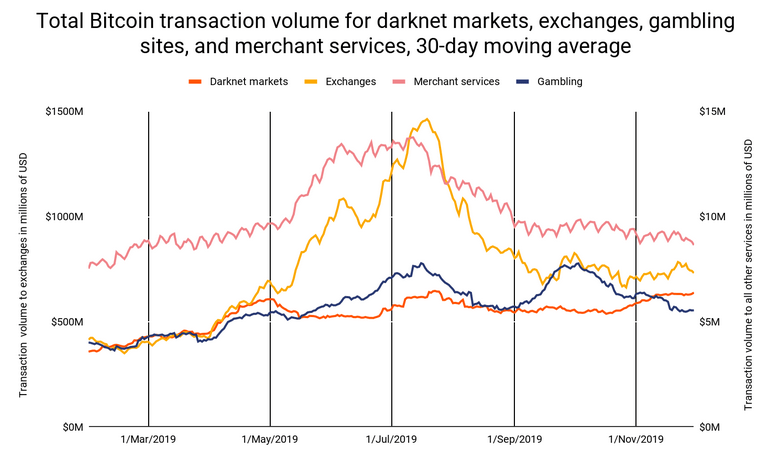 Looking across the entire year, darknet markets’ transaction activity remains within a much narrower volume range, suggesting that customer behavior is less influenced by changes to Bitcoin’s price.

Similar to previous years, the vast majority of darknet market transactions flow through exchanges. Exchanges are by far the most common service that customers use to send cryptocurrency to sellers (42.8%) and the sellers to send funds for withdrawal. The second most common target for payments on the darknet are peer-to-peer exchanges (23.2%), followed by unknown services (11.7%) and other darknet markets (9.1%). Remarkably, only 4.0% of all outgoing payments go to mixing services. 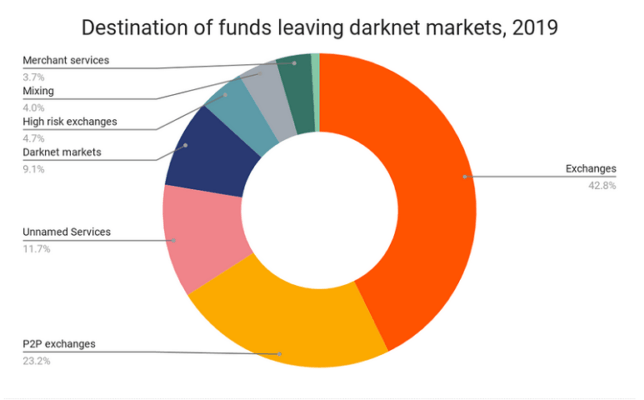 Although the overall share of crypto payments in Darknet remains very low, the growth demonstrates the resilience of darknet markets against increased legal scrutiny by global regulators, Chainalysis said.

As the company stated in general terms on Darknet, eight active darknet markets closed in 2019, but also eight new markets opened, leaving the total number of active markets constant at 49. On average, each active market generated more revenue in 2019 than the active markets in any other year, except for the peak of Silk Road’s bloom in 2012 and 2013.

The data also confirms that the increase in revenues is due to purchases. The median value of a transaction has remained relatively constant in USD terms. In contrast, the number of transfers has increased significantly from 9 million to 12 million. As the analyst firm notes, this suggests that either more customers bought on darknet in 2019 or existing customers made more purchases.