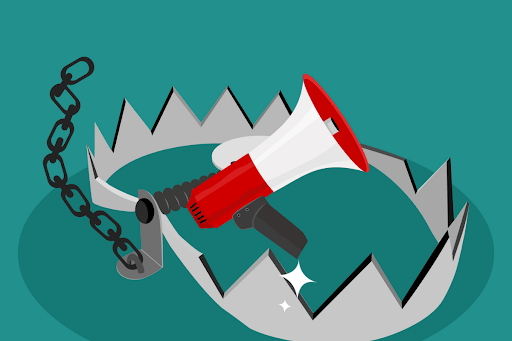 Spotify has an exclusive deal to host the Joe Rogan Experience podcast, averaging roughly 11 million listeners per episode. It is a smart play by Spotify, as the podcast gives them leverage with much larger companies. Additionally, it shows the platform is open to giving creators a platform to reach a much bigger audience than they would otherwise.

The Joe Rogan Experience is at the center of public outcry these days. The most recent episode featured some comments on the COVID-19 situation that were incorrect. Some even went as far as claiming how Joe Rogan “helped spread Covid misinformation.” Additionally, musicians like Neil Young and Joni Mitchell wanted Spotify to remove their content from the platform, as they didn’t favor being associated with this misinformation. Both music libraries have been pulled from Spotify.

Spotify won’t change its policy based on one creator or their actions. On the other hand, Spotify will add advisory warnings to podcasts discussing COVID-19 and other sensitive matters. In addition, the company has added new public rules to remove or suspend users and podcasts spreading misinformation.

Earlier this week, Joe Rogan admitted he didn’t do enough to inform listeners of his podcast regarding the COVID-19 matter. Moreover, he officially apologized to Spotify, Young, Mitchell, and others. Furthermore, Rogan is open to changes to the show, including booking mainstream experts and doing more research before discussing specific matters.

It’s not the first time Joe Rogan gets backlash over his COVID-19 discussions. In April of 2021, he mentioned how “young people who are healthy, eat well, and exercise don’t need to worry about vaccination”. While Rogan also added how he isn’t a medical professional, Dr. Anthony Fauci called him out on this opinion. His booking of well-known anti-vaxxer Dr. Robert Malone for his podcast only adds more fuel to the fire.

While some people would claim censoring Joe Rogan and/or his podcast is unavoidable at this time, it is not the answer either. Censorship has never worked out well in the long term, and that situation won’t change in these modern times. Spotify’s chief executive Ek has mentioned how “it is important we [Spotify] don’t take on the position of being a content censor.” However, the company’s commitment to adjusting its policies and introducing consequences for violators is a step in the right direction.

One also has to wonder how much power networks or platforms should exert. More specifically, as Minima CMO Jon MacDonald explains:

I think from the network perspective; the network shouldn’t scrutinize. There’s nothing I dislike more than having a network policing its own version of what the law is — almost like being its own government. I think networks should be enabling freedom through connection.

Despite the initial claims by Spotify and its chief executive, several dozen episodes of the Joe Rogan Experience podcast have disappeared on the platform. Although there is no clear connection to the controversy above, there may not be a link between the two events. It appears there is another story brewing regarding Rogan’s use of the “n-word” and a previous episode that may contain racist content.

In a new update, it would appear the episodes have been removed by Joe Rogan himself. Spotify CEO Daniel Ek confirms the episodes were being pulled, with 113 episodes now missing. A talk between Rogan and Spotify highlighted some very problematic episodes and content, after which Rogan decided to remove them voluntarily.

Moreover, Ek confirms he will commit $100 million to license, develop, and market music and other audio content by creators from historically marginalized groups. Additionally, the streaming platform will significantly increase the number of outside experts being consulted on creator expression and user safety.

When platforms and networks begin creating their own laws, the world becomes even more fractured. For example, Spotify is a service used by millions of people worldwide. While some policies will prove necessary, censorship can quickly destroy any of the platform’s credibility with its users.

Moreover, policies, advisory labels, and proper guidance will often provide long-term solutions, whereas censorship is a short-term stopgap approach that doesn’t benefit anyone in the end.