He added that Ethereum (ETH) has already surpassed Bitcoin (BTC) in USD terms in the total holdings of the Celsius community. Besides, he further expects the broader market to follow this trend in the next year or two.

The Celsius Network is an all-in-one banking and financial services platform managing more than $17 million in customer deposits. Mashinsky said that the number one coin held in USD currently with Celsius is Ethereum. This clearly goes to show the rising acceptance of Ethereum among crypto investors.

Last week, Ethereum attained an important milestone. For the first time in history, the Ethereum address activity surpassed that of Bitcoin’s. 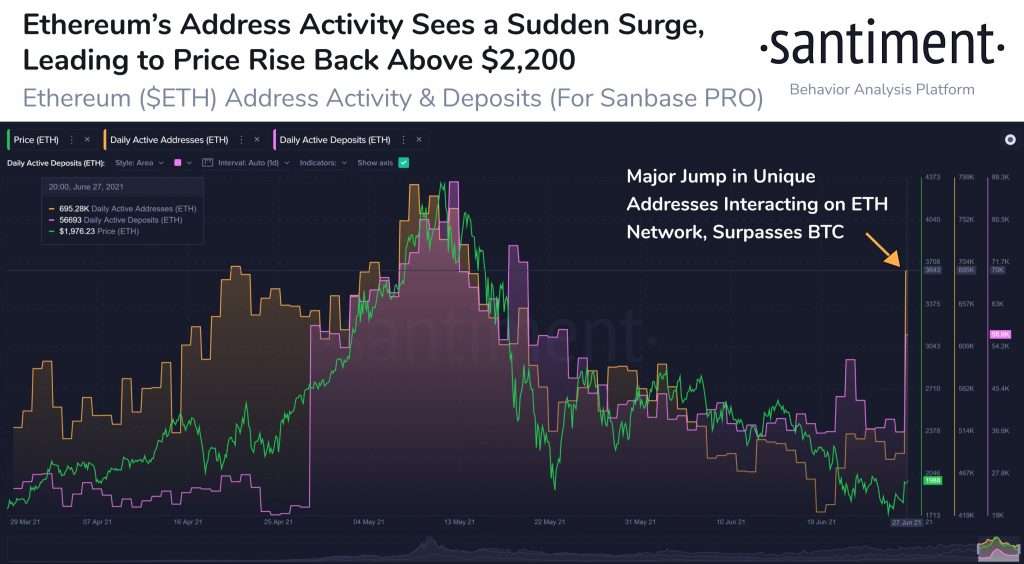 The use case of Bitcoin is store-of-value and the use case for Ethereum is yield. Yield as an application has a broader user base as there are more poeple in the world who are vying for yield. Overtime you will see a broader adoption for Etheruem than of Bitcoin.

He also spoke of the launch of Layer 2 solutions on Ethereum, like MATIC, which has helped the gas fee to drop by 90 percent. However, he notes that Ethereum 2.0 will bring an incremental improvement to the overall performance of the network.

Aside from this, during his interview, Mashinsky spoke in depth about his views on the threats of quantum computing. The fear that quantum computing can break the blockchain network has caught some steam. Speaking on this, Mashinsky noted that he doesn’t see it happening anytime by the next decade. He added that older blockchain networks like Bitcoin and Ethereum are more resilient to quantum attacks.

Touching down on the most talked about topics, Mashinsky said that China is partially responsible for this recent drop in the hashrate. The exodus of Chinese miners has resulted in forced liquidations for them to cover their costs.

The Celsius Network CEO said that short-sellers and traders made the most of this bad news. They liquidated their holdings in big numbers. Looking at the positive, he adds that the China crackdown has helped decentralize the control over Bitcoin mining. Mashinsky adds that Celsius Network has invested over $200 million in BTC mining operations in America. It plans to invest further down the road making the company the largest Bitcoin miner in North America.

Commenting on the CBDC developments, the CEO said that China’s Digital Yuan is more centralized and intended to reduce the dollar dependency. He thinks that America will still win in the CBDC markets as it provides space to foster innovation, unlike China.