If you’re crossing your fingers for Bitcoin to get back on its stride and test its all-time high levels in the coming weeks, you might be in for a surprise, a crypto veteran says. Alex Mashinsky, the CEO and founder of crypto lending platform Celsius says that Bitcoin will crash in the short term, but predicts it will rebound and end the year four times higher than it is now.

At press time, Bitcoin is trading at $37,217, down by 2.42 percent in the past day. Despite the slight dip, the cryptocurrency is up 11 percent in the past week. With its relative strength index (RSI) now just above 50, the asset is fairly bought but still has great upside before it approaches overbought levels. 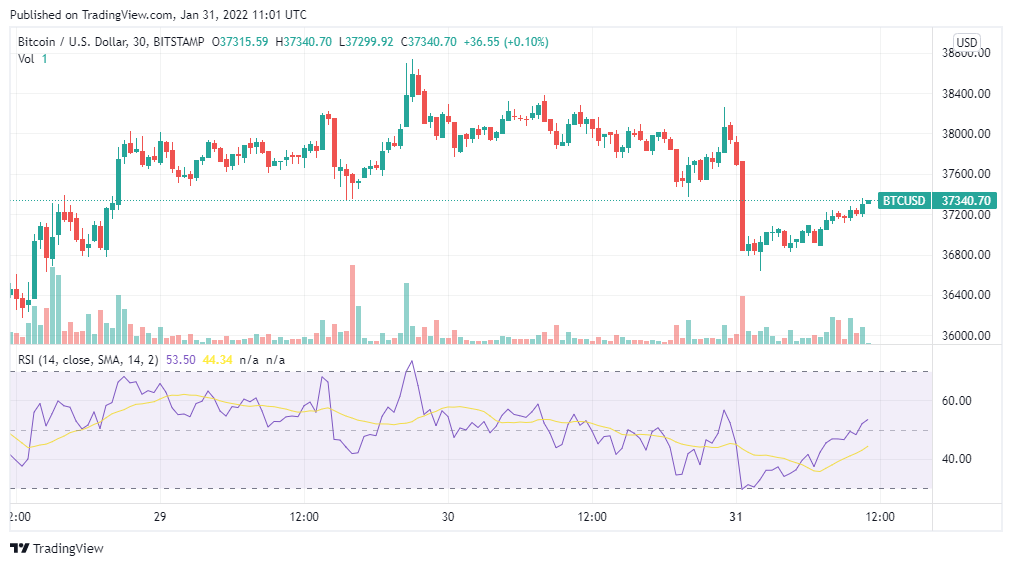 But while BTC is showing signs of recovery in the past week, one crypto veteran warns that it will likely get worse before it gets better.

Mashinsky, whose Celsius Network is one of the biggest crypto lending platforms in the world, stated in a recent interview that Bitcoin will likely dip by 20 percent in the near term. This would put it just below $30,000, a level it last hit in late July last year.

Investors should hodl on, however. He believes that the crypto will bounce back, stating:

Ethereum to shoot up to new highs as adoption soars

The tech entrepreneur has been in the tech industry for over three decades, founding notable firms like Arbinet and VoiceSmart. He launched Celsius in February 2017 and since then, it has become a crypto lending giant with over a million customers. In August last year, it become the first platform in crypto to break $20 billion in assets.

On Ethereum, he stated: